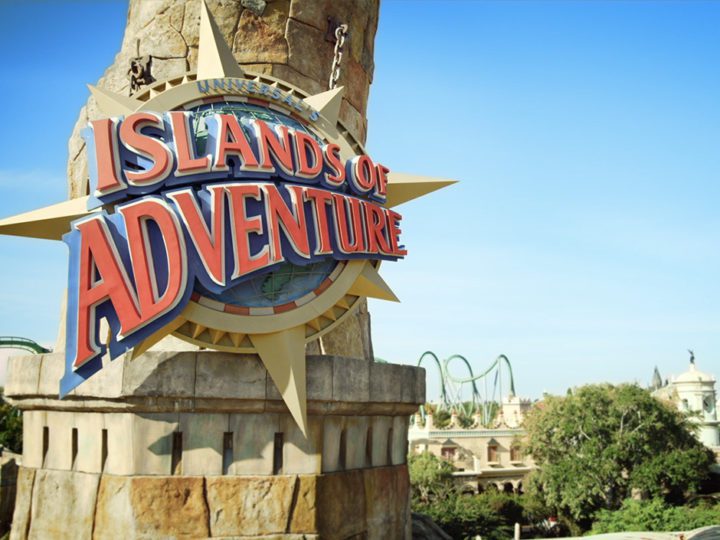 If you are looking for a little fun for the whole family, you should definitely consider a visit to Universal's Islands of Adventure in Orlando Florida which is part of the Universal Studios family. If your family likes to experience the thrill of adventure,  you'll find them here along with cutting edge rides, comic book heroes and shows with interactive attractions all in a complete theme park experience designed to entertain the entire family. 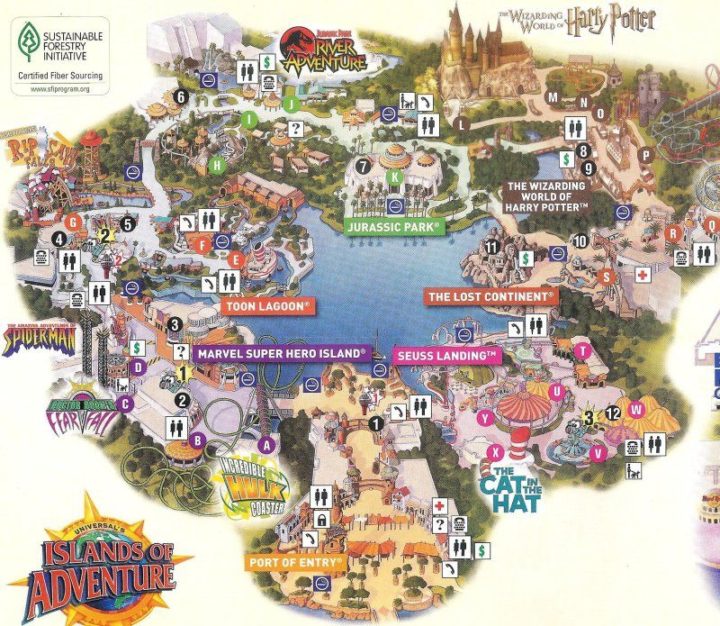 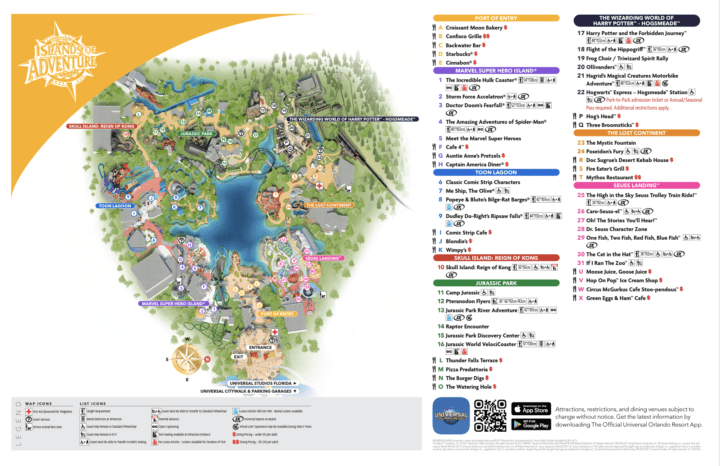 The Amazing Adventures of Spiderman, a 3D ride will have you soaring through the skies by a special IMAX screen. You'll experience special effects with water as well as flames. You'll scale skyscrapers and plummet below in a simulated 400 foot free fall. With thirteen large screens and your 3D glasses, you'll experience an exciting ride with an adventure that will leave you breathless.

Doctor Doom's Fearfall ride is a double free-fall drop and is currently the tallest ride at Universal Islands of Adventure in Orlando. Strapped into the vehicle with shoulder bars mounted against two towers, you will be blasted into the air not once, but twice. You will be traveling faster than the space shuttle and the ride will exit into an arcade. 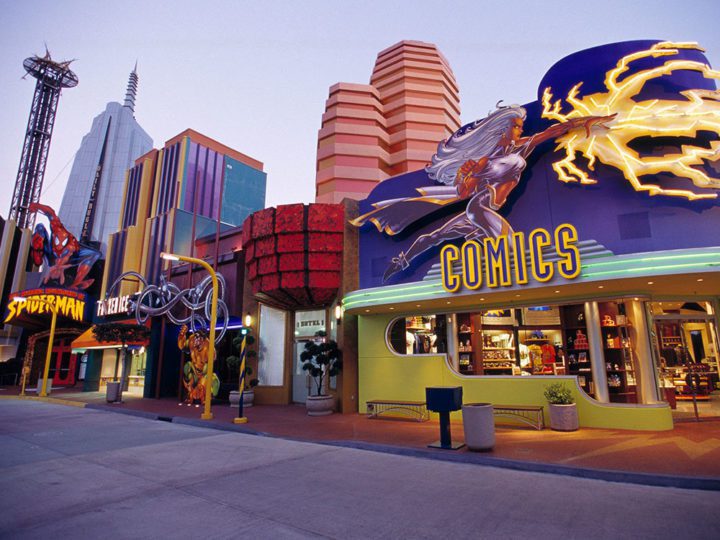 The Storm Force Accelatron is based on the X-Men comic character. You will find yourself in this indoor ride whirling around trying to help X-Men defeat Magneto. There is no height restrictions to this ride so everyone can enjoy.

Poseidon's Fury is an undersea adventure traveling through the ruins of the ancient temple. You'll find yourself in the midst of a battle with explosions, fireballs and water eruptions all around you. Deep beneath the earth, will you ever make it back to the top?

Universal's Islands of Adventure is the TripAdvisor® Travelers' Choice winner as the #1 Amusement Park in the World, 2015-2019.

Go back to Jurassic Park

The Jurassic Park River Adventure gives you a river ride as if you were in the movie Jurassic Park. You'll head up a tall hill and suddenly splash down into the river. You'll travel through lagoons, trees and rocks where you're greeted by an Ultrasaurus coming up out of the water. Approached by prehistoric animals you will love this water raft adventure. You'll never know just what is going to be around the next bend, make sure it's not you for lunch!

The Jurassic Park Discovery Center is an interactive activity center. You will be entertained and educated at the same time here. Visit the nursery to view dinosaur eggs, possibly a dinosaur being hatched while you are there. Test your DNA to find out what type of dinosaur you would have been. See the fossil remains of T-Rex. Such an adventure for the eyes to behold.

The Pteranodon Flyers will entertain kids in a not as fast paced ride underneath the wings of a Pteranodon. This hanging coaster is located in Camp Jurassic Park, it swings from side to side as your flight changes directions. 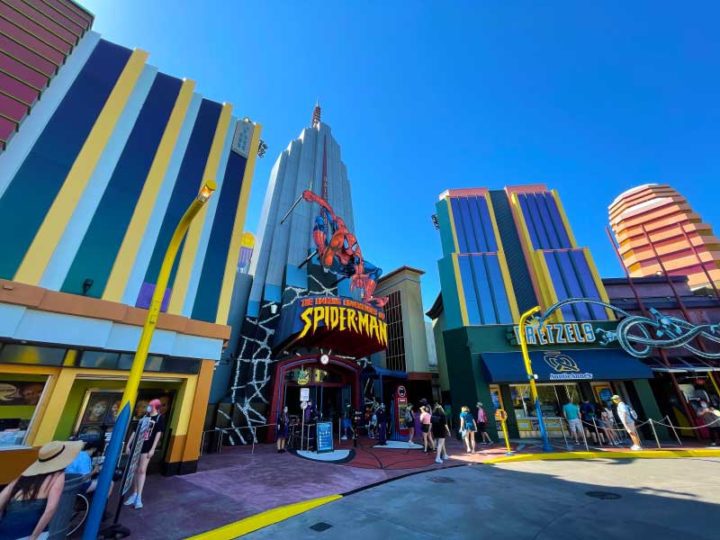 Take time to eat at Mythos Restaurant where you will be surrounded by rocks and cascading waterfalls all while enjoying some of the best food in the park. You can sit inside to enjoy your meal or outside while you eat and enjoy the park view.

“Lying offshore a craggy grotto on The Lost Continent®, the cavernous interior of the restaurant looks as if it’s been carved from the rock by the very gods whose images are etched into the walls. In addition to the dining room there is also outdoor seating offering a spectacular view of the park’s inland sea and vistas of the park’s colorful islands. 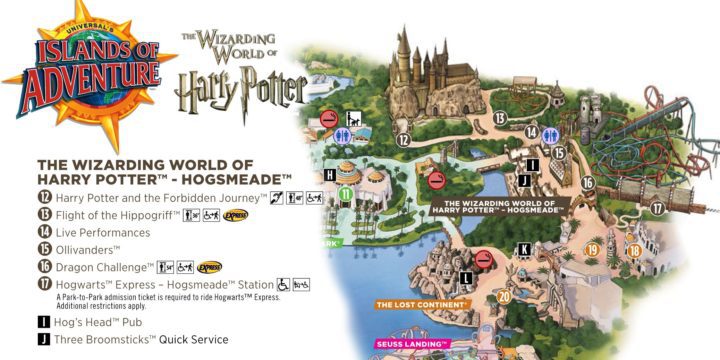 Universal's Islands of Adventure Review – Family Fun for All Ages

This was a great trip and definitely worth a return visit.  We have already made plans to go back this Summer. We hope that you enjoyed this

We've written these FAQ's based on the comments and questions received.

Make certain to always check for Groupon Deals Universal Studios prior to heading to the park without a ticket.

DISCLOSURE: As a part of the Team Mom #OrlandoMom group, my travel expenses, hotel, attraction tickets, and meals are being covered by the Orlando/Orange County Convention & Visitors Bureau. All information shared about our trip is solely my own opinion as well as that of my son.

Four Seasons Resort Bali at Jimbaran Bay It was our honeymoon and we got to choose anywhere in the world that we wanted to go. We chose Bali. Beautiful Bali. Indonesia is a country...

END_OF_DOCUMENT_TOKEN_TO_BE_REPLACED 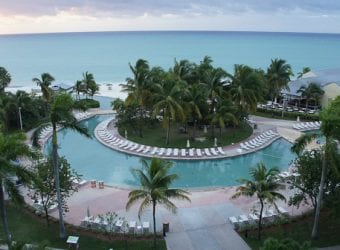 Visiting Grand Bahama Island: The Softer Side of the Bahamas Part 1

Travel and accommodation provided by Bahamas Ministry of Tourism. All words and opinions are my own. Visiting Grand Bahama Island: The Softer Side of the Bahamas Close to the U.S. and rich with history...

END_OF_DOCUMENT_TOKEN_TO_BE_REPLACED

The Four Seasons Resort Rancho Encantado in Santa Fe, New Mexico is a sanctuary surrounded by mountains and the desert. The hotel is located in a scenic area with breathtaking views of the desert....