Girls Who Code was started by Reshma Saujani. Before starting Girls Who Code, she was a former New York City Deputy Public Advocate. She has inspired leaders in industry to help empower young girls to pursue technology and engineering careers.

The Girls Who Code program wants to inspire girls by exposing them to real life examples of women in the engineering, computer science and technology fields. In the early 80s, approximately 37% of the computer science graduates were women, but today that percentage has dwindled. It's currently only 18% of graduates who are women. Yet, the U. S. Department of Labor believes that by the year 2020, there will be over a million computer job openings. 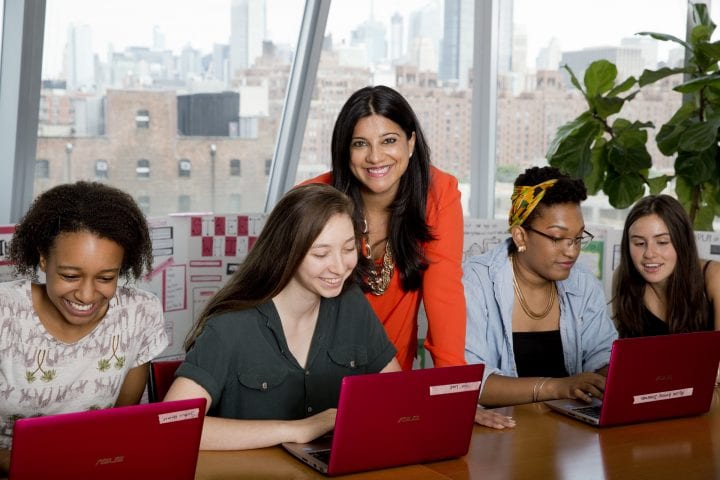 Girls Who Code inspires girls with real life examples of women in computer science and other technology fields, but they also teach. They receive intense teachings in a variety of subjects depending on their interest. The girls are taught subjects such as robotics, algorithms and web design.

They're able to participate in workshops and demos given by female entrepreneurs, engineers and executives. The girls are exposed to mentorship programs too. The program lasts for 7 weeks during the summer in a variety of cities along the east and west coasts of the U. S. as well as places like Illinois. Girls often intern with partnering companies after completing the summer immersion program.

The girls who apply must be high school sophomores or juniors. They must live in the U. S. and be able to commit to the full 7 week program. It runs Monday through Friday from 9 a. m. to 4 p. m. each day. The program is free and open to all girls regardless of ethnic, cultural or socioeconomic background. In some cases, students might be eligible for transportation stipends too. 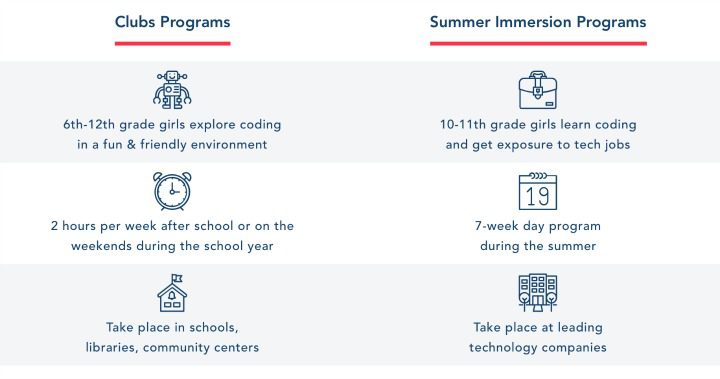 In high school, only 0.4% of girls decided to major in computer science. That's a huge percentage drop from the 74% of girls who expressed interest in middle school. The Clubs program teaches computer science to girls from 6th grade through 12th.

Aside from the practical teachings of the Clubs, the Club experience helps girls connect with other girls who have an interest in computer science, math or technology topics. They will go on field trips into the tech community and learn skills from mentors, teachers and other professionals. The clubs are staffed with trained volunteers in the community and meet at least once a week to complete the 40 hours of curriculum available for the year.

Get social with Girls Who Code 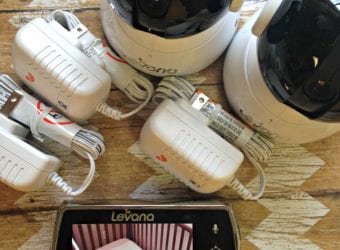 Is there such a thing as a peaceful night’s sleep when you have a baby in the house? It can be a challenge, but the Levana® Keera Digital Baby Video Monitor with 24hr Battery...

END_OF_DOCUMENT_TOKEN_TO_BE_REPLACED

If you read this blog, then you know that I love taking pictures. Mostly of my children but I still really love to take them. I am by no means an expert when it...

END_OF_DOCUMENT_TOKEN_TO_BE_REPLACED 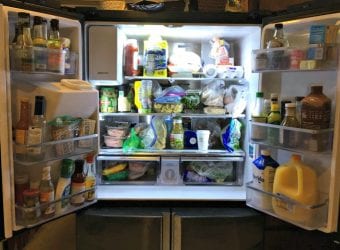 Technology and the Samsung Family Hub Refrigerator #Prep4theHolidays There is nothing that I value more than time spent with my family. Ever since I was a child this has been true about my character....

END_OF_DOCUMENT_TOKEN_TO_BE_REPLACED

Early adopters unite! From May 31st through June 13th, you can save up to $1500 on Samsung SUHD TVs at your local Best Buy stores. Head into your local store and see the difference...