Microsoft Office 365 is Microsoft’s latest product that represents a shift toward cloud based storage and computing. It was first tested late in 2010 privately with certain companies, and was subsequently launched officially on June 28, 2011. It is a subscription-based service, and customers have access to Microsoft products such as Exchange, Lync,Sharepoint and all of the Microsoft Office applications.

Office 365 first started off as being a business service, but the opportunities for selling to the mainstream consumer quickly became evident. Now, Microsoft Office 365 comes in a variety of packages that vary depending on the needs of the purchaser.

The most attractive aspect of Microsoft Office 365 for consumers is that information is stored in the Cloud. This allows for the software to be continually updated, and customers have access to their information wherever they go. Furthermore, included in the package is extended cloud storage space and 60 minutes of Skype calling. Conveniently, Office 365 Home Premium, which is targeted at ordinary consumers and families, can be installed on up to five computers. Other features include the “Click-to-Run” system which allows for faster application loading times and the “Office on Demand” feature which allows the temporary streaming of any Microsoft Office 2013 on any computer that does not have Office applications. This is useful on computers that do not have Microsoft Office installed but need to open a Word document, for example.

As previously mentioned, Office 365 can be used by a wide range of customers. Some of the smaller packages include Office 365 Home Premium and University, which do not include services such as InfoPath and Lync. In the University version, the price is discounted, but it can only be used on two devices under a four-year contract. After this, there is the Office 365 Small Business version, which includes Microsoft Exchange, Sharepoint and Lync. It is intended for businesses that have less than 10 employees. As the editions get larger, you ultimately arrive at Microsoft Office 365 Enterprise. This is intended for large businesses and customers have access to all applications in addition to specialized compliance and support from Microsoft.

Microsoft Office 365 is the next step in Cloud computing, and for the consumer that is ready for the shift, it is an attractive product. To many it may seem just like an online version of Microsoft Office, but the usefulness of being able to access your information from any computer cannot be understated.

Office Wherever You Are

As a Windows Champion blogger, I do not receive compensation, but I do receive resources, information and tools in order to test and use Windows-based services. 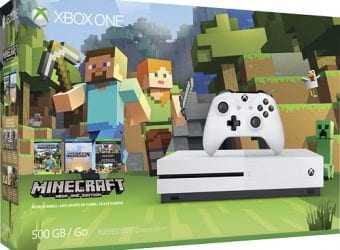 Build and Explore with Minecraft Games and Collectibles at Best Buy

Build and Explore with Minecraft Games and Collectibles at Best Buy Minecraft is something that has been a part of my household since it first came out. My children discovered Minecraft almost immediately and...

END_OF_DOCUMENT_TOKEN_TO_BE_REPLACED

RedRover App for Connecting with Friends

I am big fan of sharing. Anyone that knows me, knows that. I am especially fond of social sharing and the applications that are available. I share on Facebook, Twitter and I check in...

END_OF_DOCUMENT_TOKEN_TO_BE_REPLACED 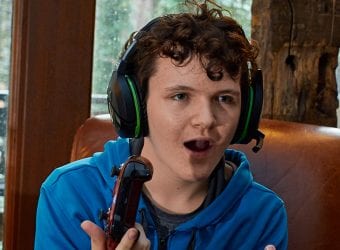 Turtle Beach Stealth 700 Gaming Headset for Xbox One We are a family of gamers. My three kids (as well as my husband) love immersing themselves in the fantastical worlds that are offered by...

END_OF_DOCUMENT_TOKEN_TO_BE_REPLACED

LG Streaming Blu-Ray Disc Player BP330 When Blu-ray entered the scene just a few short years ago, there were plenty of skeptics who claimed that it would be a short-lived fad. The evidence is...