Microsoft Garage is a project lab started by Microsoft that has gone through several phases. Microsoft Garage was first created in 2009, when it began as a separate entity from Office Labs. This initial version was closed to be public. This lab allows Microsoft employees to work on and create projects that are different than the standard functions they have within the company. The lab initially had a physical location, as it resided within the former office of Bill Gates at the Microsoft Campus. This location is open to employees to use at all times and consists of a wealth of hardware that is utilized when working on projects.

Who works at Microsoft Garage?

Certain divisions for Microsoft will head over to this location in order to work on and test any new software that has been created. Once the projects that have been made and tested in the garage, there's a chance that they will be offered as a product by Microsoft, which primarily depends on how well the product did during testing. In October of 2014, Microsoft Garage was made into a website in order to accompany the office at the Microsoft Campus. As such, all Microsoft employees now have access to this tool. As of April 2015, the employees that have worked within Microsoft Garage have officially created around 10,000 projects. These projects have been completed by just over 3,000 employees.

The primary reason as to why this lab was named “Microsoft Garage” was due to Microsoft's belief that many tech companies began in a garage similar to the one in the office of Bill Gates. They aim to provide a place where employees can try out new ideas and “fail fast”. The website that was created in 2014 can be used by the public as well in order to directly try out the applications that have been created by Microsoft employees. This allows the employees to receive feedback on the pros and cons of the applications they create.

As of 2015, there are sixteen applications available to test through the Microsoft Garage website on a number of devices. These applications are relegated to Microsoft Windows, Microsoft Windows Phone, Android and cross-platform devices. The primary windows app is that of Apps Without Borders, which allows users to control 4 different computers with one single keyboard and mouse. The Windows Phone contains six of these applications, the primary of which is the Tetra Lockscreen, which adds a stopwatch, agenda, maps, widgets and weather to the main lockscreen of all Windows phones using the Windows 8.1 OS.

As for Android, the marketplace consists of five apps created in Microsoft Garage, which range all the way from a voice-controlled application that can conduct searches on Microsoft Bing to a Chinese application that allows the user to ascertain the weather conditions in numerous cities throughout China. There are two cross-platform apps, the first of which works across iPhone and Android and the second of which works across Android, Iphone and Windows Phone devices, known as Tossup and Send. Tossup is a tool designed to make planning social meetups with friends and relatives much easier to accomplish than normal, while Send is an application for e-mail that is more unique than standard e-mail.

I love digital photography. I could take pictures of my children all day. For the most part, they love being my subjects.They have their favorite poses. Their favorite outfits. And thei favorite props. My...

END_OF_DOCUMENT_TOKEN_TO_BE_REPLACED

I participated in this Sony/Intel sponsored post with Burst Media, all thoughts and opinions are my own. We are avid travelers in this family. We hop in the car, we get on a plane,...

END_OF_DOCUMENT_TOKEN_TO_BE_REPLACED 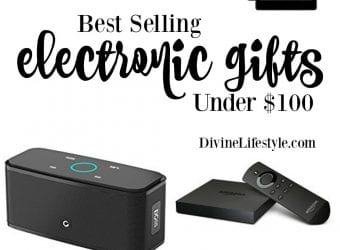 END_OF_DOCUMENT_TOKEN_TO_BE_REPLACED

If you read this blog, then you know that I am nothing without my cellphone. During the past several months I have shared about how connected I am and how much I rely on...