The dining scene in Nashville Tennessee has something for everyone. Whether you like burgers and fries, Buffalo-style chicken, German food, or meat and veggies straight from the farm, Nashville has it all. Of course there are the barbecue places that everyone expects in Nashville, but there are also restaurants that specialize in Italian food, Asian food, steak and seafood, bakeries and coffee/breakfast places. You will love the dining scene in Nashville Tennessee.

If a person has a craving for a certain food, they should be able to find it in Nashville. You can even book a “Foodie Package”. This package contains restaurant discounts and/or gift cards, hotel room, choice of tours such as the Country Music Hall of Fame & Museum, and many other special treats. There are six different packages available, so experiences differ depending on your choice of packages

Puckett's Restaurant & Grocery began as a country store in the 1950s. Slowly they transitioned into a restaurant combined with the general store. Today they have five locations. Some of their menu items are exactly what you would expect in Nashville:

There are also some surprises on the menu, such as: 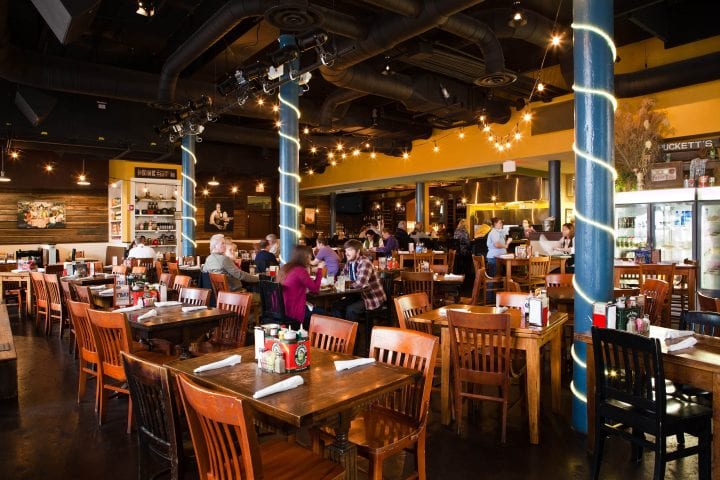 Not all of these items are available at all locations, so if you are set on an Avocado Tuna Appetizer, for instance, you will want to make sure it is offered at the location that you will be visiting.

A couple of the other extras at Puckett's Restaurant & Grocery is a breakfast menu, and live entertainment daily. 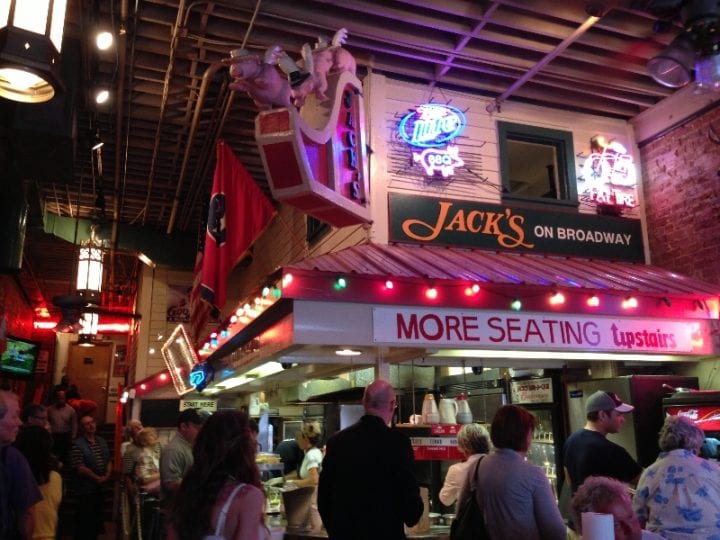 Jack Cawthon of Jack's Barbeque has a history in the food industry that goes back to 1976, when he was just out of high school. It was 1989 that he opened Jack's Riverfront Bar-B-Que. He now has 3 locations and has shortened the name to Jack's Barbeque.

Jack's, as you would expect, specializes in Barbecue, but what he does that is a little different is that you can order your items in a sandwich, a jumbo sandwich, a plate, in family size meals, or by the pound. At Jack's they serve barbecued: 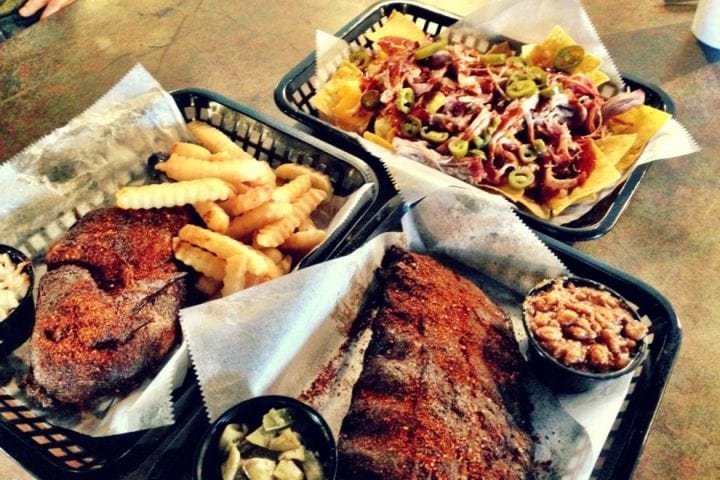 They also have a catering menu and a bulk order menu. The Trinity Lane location offers a convenient drive-up window 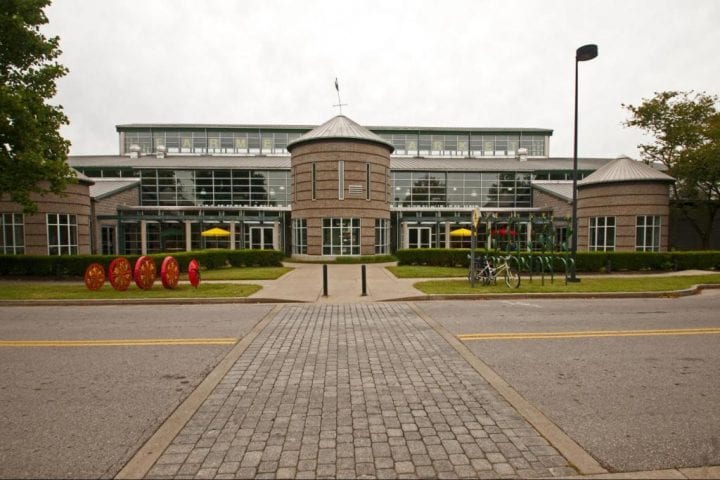 At the East Nashville Farmer's Market you can buy food that has been raised in the Nashville area. The food is fresh and organically grown. The East Nashville Farmer's Market is only open on Wednesdays from May 6th through October 28th and from 3:30 – 6:00. The hours are limited, but here you will find foods that are fresh and organic. Also Bret Tuck of Edley's Bar-B-Que is here with smoked brisket and chicken. 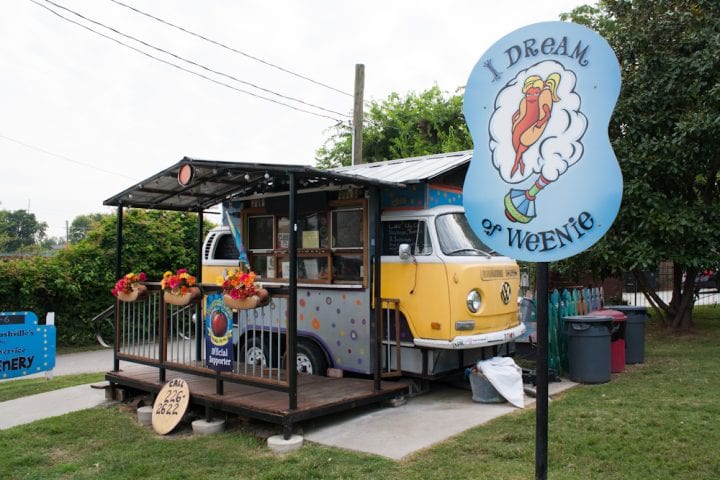 I Dream of Weenie

I Dream of Weenie specializes in weenies with, as the name suggests, a playful twist. Look at some of the items on their menu:

All of the weenies can be beef, turkey or tofu. They are grilled and served on a fresh baked bun. 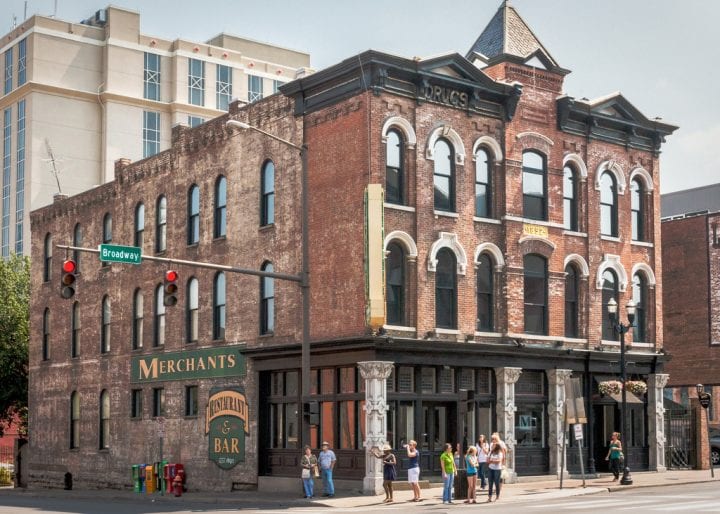 Merchants Restaurant on Broadway has an extensive beverage menu. Along with beer and wine, they have a list of drinks called “Tennessee's Own”. There are also house drinks, classic cocktails and soft drinks. 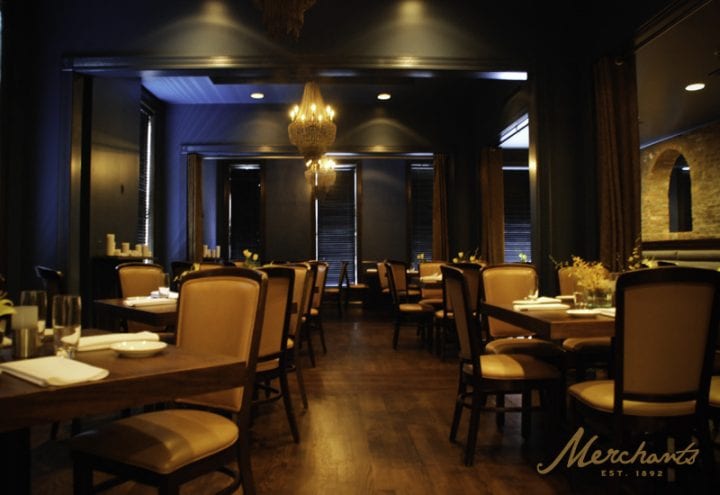 Their starter menu features such things as Duck Fat Tater Tots and Fried Green Tomatoes., but don't get the idea that everything here is exotic and/or southern. They also feature soups, salads, burgers and Fried chicken. We hope that you love the Dining Scene in Nashville Tennessee as much as we do.

END_OF_DOCUMENT_TOKEN_TO_BE_REPLACED 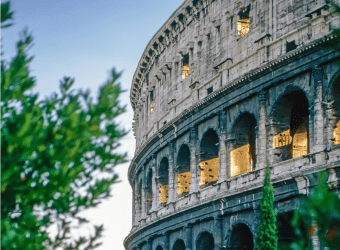 10 Best Things to do in Italy

10 Best Things to do in Italy Italy has always been a fascinating country to me and it has been on my bucket list for a long time. I am a huge fan of...

END_OF_DOCUMENT_TOKEN_TO_BE_REPLACED

Freedom of the Seas: Cruising with Kids

Cruising with kids can be a challenge.  Are they going to have fun?  Are the parents? Today we will take a look at cruising with the little ones on Royal Caribbean's Freedom of the...

END_OF_DOCUMENT_TOKEN_TO_BE_REPLACED 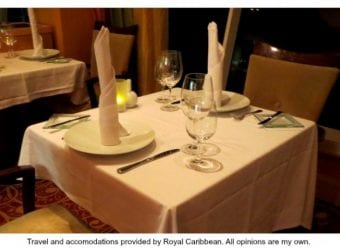 Freedom of the Seas: Dining Options with Royal Caribbean

Freedom of the Seas: Dining Options with Royal Caribbean Whether you’re looking for an intimate, romantic dining experience for two or a grab-and-go buffet-style dinner, Royal Caribbean has you covered during your cruise on...