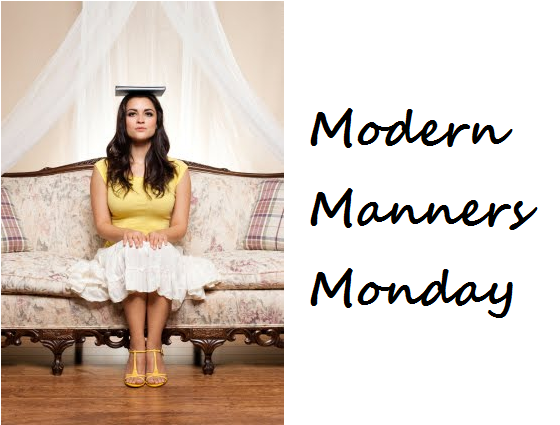 Dear DMM: Last weekend we attended a community event sponsored by a local bank. They had food, bounce houses for the kids and lots of other activities including a guy who making balloon animals. It should have been a really fun event.

There was one kid who was incredibly unruly. He was knocking younger kids down. Swearing. Even playing to rough with some of the other kids. He was just acting like a menace in general. In other words, he was a brat.

At one point he was stomping up and down on the balloon animal that he had just had made. Then he was taunting children. After watching him knock down a few more small children (not my own), I told the kid that he really should calm down and try to be a little nicer to the young kids.

The kid told me, “My dad works at this bank and I can do anything that I want.”

Here is the thing. This is a quarterly event that my family really enjoyed up until now. We go every three months. Our neighbor went by the event hours later and the kid was still out there, without parent supervision, still being menace in general to everyone he came across.

He ruined this event for us and we are not planning to go back. Should I say something to the bank? My kids will be really upset the next time we drive by and I tell them that we can't go back. I am really annoyed.

WHAT WOULD YOU DO?

Give Advice on our previous Modern Manners Monday posts:

Kids & Swag or Giveaways – When is it Enough?

Dealing with a Negative Child

Dealing with a Tattletale

Is it only a Quarter? Beware of Bad Manners

« Previous PostEnter to Win a Year of Maid Service from Rayovac

Family Fun with the WNBA & the Atlanta Dream

A few weeks ago, courtesy of One2One Network and the WNBA, we got some fabulous tickets to a WNBA game. I took my three kids, husband, dad and stepmother. I was looking forward to...

END_OF_DOCUMENT_TOKEN_TO_BE_REPLACED

Thanksgiving is a day to give thanks for what someone has in life.  It is also a day built around family and tradition.  It is important that children understand why this holiday celebrated and...

END_OF_DOCUMENT_TOKEN_TO_BE_REPLACED

Boy Scouts of America’s Adventure Base 100 in Atlanta!

END_OF_DOCUMENT_TOKEN_TO_BE_REPLACED

I cannot believe that you are seven today. It seems like yesterday when we used to laugh about your ever present pouty face. Who knew then that one of your best features would be...