Giving Back and Helping Others - Divine Lifestyle

On March 29, 2007, I gave birth to my third child, Laurel. She is a wonderfully bright and active child who is about to turn two at the launch of this blog. The next day doctors told us that she had a heart defect.

In fact, she had four separate heart defects culminating in condition called Tetralogy of Fallot or sometimes referred to as “blue babies.” My newborn baby had a congenital heart defect which is hereditary (I later learned) but no one in either of our families had it. We were devastated.

I listened to her team of doctors tell us what course of action was best to take. But in truth, I heard none of it. All I could think was that my child was going to die and I couldn't get past this.

After about ten days in the hospital, they sent us both home with the instructions “Don't ever let your baby cry because she could turn blue and die.” This is what they said. We also came home with a host of equipment including a pulse oxygen monitor that I watched obsessively.

Every hour of every day, I watched over my child. Unfortunately this was to the detriment of my own health. I plunged deeply into postpartum depression for several months. All I could think about was what I had done to my baby. How did this happen?

I had no clue what was happening until I had a gallbladder attack. I had not eaten in days and thought that I was having a heart attack. My husband told me to take some Tums and go back to bed.

Thirty minutes later, I drove myself to the emergency room where I was admitted within 30 minutes and had the first of two surgeries six hours later. The nurse in recovery is the one who diagnosed postpartum depression. All of a sudden it was like a light bulb going off. Of course it was PPD. I did not recognize it because I didn't have it after the first two children.

I recovered from two surgeries and a c-section within two months. Laurel then quit eating and was spitting up everything. We could not figure out why. We went to doctors, her cardiologist and specialists. No one knew. We knew our daughter but the doctors who kept dismissing us with an Acid Reflux diagnosis. My husband, the armchair doctor did his own research and diagnosed her with Pyloric Stenosis. We had an uphill battle from there just trying to convince someone.

Pyloric Stenosis affects three out of every 1,000 US babies and is four times more likely to occur in males, especially firstborn. So we then had to convince doctors that my armchair-doctor husband diagnosed our third born child, a daughter with a heart defect, with this condition as well.

So we went to the emergency room for one last try. I just stuck to my guns. I told the ER doctor everything and her response was, “We are the ones with the medical degrees so we will make the diagnosis.” I replied, “We are the ones with the baby and we are not leaving until you have 100% ruled out Pyloric Stenosis.” Laurel was admitted 2 hours later to have surgery to correct her Pyloric Stenosis (Score for my fabulous husband).

Finally, a little after four months after Laurel was born, she was having surgery to correct her defect. This was after weekly cardiologist visits combined with pediatrician visits every two weeks. It was doctor after doctor. But this was her day.

A volunteer then walked over to me. She patted me on the shoulder, saying nothing and handed me a stack of magazines. Up until this point, nothing helped me. I tried Valium and Xanax but neither did a thing for me. Reading these magazines actually gave us a few moments of peace. I think that it was the first time that either one of us had relaxed in weeks.

Suddenly some of the heart wrenching worry seemed so far away. The minutes seemed to fly by after that and soon the surgeon was coming to tell us that everything went well. Our daughter was in recovery. This volunteer made such a huge difference on such an important day for our family by doing such a small thing. It was so appreciated.

After the birth of my first child Huntly, I joined the Junior League of Atlanta so that I could do more in my community. It wasn't until after Laurel was born that I was the recipient of volunteer work. The magazines, the beautiful quilt that someone made which was put on my daughter after surgery, the cap that someone knitted also put on my daughter after surgery. These small things brought me to tears. They bring me to tears now even writing this.

There are countless ways to give back that cost absolutely nothing.

Take your magazines to a local hospital and drop them off at the Information Desk. We do this monthly.

I provide support to parents whose children have been diagnosed with congenital heart disease.

Talk to others about postpartum depression or something that you have experienced or are knowledgeable about. I do this as well.

Pack boxes at your local food bank. You can do this as family.

Find a way and give back.

Finally, the picture above is my baby and one of my favorites. Laurel is four and doing so well. She is pretty scrappy and keeps her big brother and big sister in line. More than that, she is healthy and has no restrictions on her life. She will need another surgery but that won't even be considered until she is at least 18.

I love this picture because it was taken at her party. The party that we threw for her one year to the day of her heart surgery. She was and still is the “belle of the ball.”

« Previous PostMore About Stacie and Her Family

Free Safety Kit for Your Child

Safety is huge concern of mine. I am always worried about my children, no matter where they are or what they are doing. I cannot help it. The day that my first child was...

END_OF_DOCUMENT_TOKEN_TO_BE_REPLACED

Thanksgiving Traditions You Can Enjoy Outside

It can be hectic when you have a houseful of people on Thanksgiving.  If you have a lot of children around, they likely get restless and want to do something active.  This is where...

END_OF_DOCUMENT_TOKEN_TO_BE_REPLACED 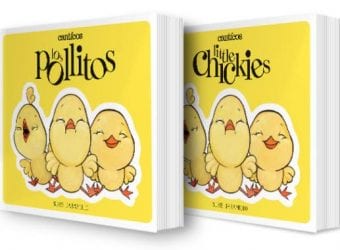 Little Chickies Los Pollitos Children's Book and App – Sing, Play & Learn with Latino Nursery Rhymes Ever since I can remember I've had a love for books. My favorite genre is fiction but...

END_OF_DOCUMENT_TOKEN_TO_BE_REPLACED

While some people like to lay down directly down on the couch after eating Thanksgiving dinner, a better option is to head outside for some Thanksgiving day exercise. Once you have consumed all those...