What’s a parent, health professional, child to do?

Marlene Byrne, an award-winning children’s author and advocate of unstructured playtime, has come to the rescue with PROJECT PLAY—a movement to get kids away from their televisions and into the backyard for exercise, creativity and old-fashioned fun.

With more than 20 years of experience as an advertising agency owner, spokesperson, and writer, Byrne is using her creative talent to inspire today’s overscheduled, electronic-focused, and dangerously overweight generation of children to get active. Through children’s books, community activities, andschool curriculum, Byrne is bringing back the nostalgic memories of her youth and teaching children backyard games like pick up baseball, kick the can, and ghost in the graveyard.

As the founder and author of Project Play (www.ProjectPlayBooks.com), Byrne is not the first to call for more unstructured playtime among children. But while there are countless initiatives to increase children’s activity levels, few of them aim directly at the children.

Instead of lecturing families about the benefits of unstructured playtime, Project Play shows kids firsthand how much fun backyard games are through the power of action-packed fiction and fun community activities, including storytelling, treasure hunts, and the “Great Moments in Backyard Play” contest. Project Play also offers writing clinics to schools to get kids writing their own stories about their favorite backyard games.

By tapping into the playful nature of children and their innate desire for more independence, Project Play is an effective way to get kids off the couch and active again. Kids love the idea of creating their own games, negotiating their own rules, and entertaining one another in backyard play—none of which can be found by watching television, surfing the internet, or playing video games.

Project Play’s series of fictional children’s books teaches children how to create their own fun through colorful stories about the Edgebrook gang. Instead of letting parents, coaches, and teachers tell them what and when to do everything, kids are inspired by the books to take charge of their free time.

By following the lead of the characters and storming into the backyard to create their own games and rules, readers are getting the exercise they need while developing important social skills like creativity and negotiation. And all while learning classic, backyard games, fun playing strategies, and unique game rules through the adventures of “Play It Again Sam” and his Edgebrook friends!

“It is as equally important to be creative as it is to be smart.”

Byrne, a mother of two young kids herself, considers Project Play an extension of her work as a Chicago ad agency owner. Driven by her belief that “it is as equally important to be creative as it is to be smart,” and that “creativity begins developing during childhood playtime,” Byrne founded Project Play as a new way to spark creativity on a daily basis. She wants to help families feel good, not guilty, about their kids just playing in the backyard.

In a letter published on BusinessWeek.com, Byrne wrote, “Our kids need time to round up their peers, play ‘kick the can,’ even scrape their knees. Our job as parents is to make backyard playtime a priority—and be there to supply the band-aid afterwards.”

We went out to lunch and my son asked to borrow my camera phone so he could take some pictures.  I didn't see these until a few weeks later and it took me a...

END_OF_DOCUMENT_TOKEN_TO_BE_REPLACED

For families across the country, Halloween is the official launch of the holiday and decorating season, which is why it is important for parents to recognize the potential safety hazards that may be associated...

END_OF_DOCUMENT_TOKEN_TO_BE_REPLACED

The Mommy Confessions – I Hate the Lower Case ‘K’

Victoria of Life Starring Ellie and Eve started this weekly series called The Mommy Confessions and I am participating. Anyone can join in. I was a rowdy and wild good Catholic girl growing up....

END_OF_DOCUMENT_TOKEN_TO_BE_REPLACED 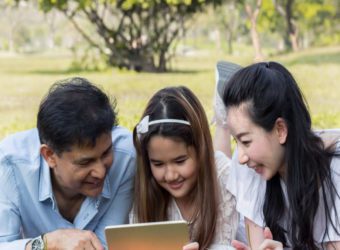 How to Keep Your Kids Learning At Home All Spring

How to Keep Your Kids Learning At Home All Spring Spring is a wonderful time of year to assess your kids’ development and supplement their learning. Young children will especially enjoy learning about the...