Wii are Family: Adventures with the Wii Fit - Divine Lifestyle

Wii are Family: Adventures with the Wii Fit

Last Christmas, the elusive Wii made its way into our home.  I was that mother/wife who woke up at 4AM on Black Friday determined to get a Wii. At a local warehouse club, I purchased the Wii Family pack which came with many games, extra remotes and some other things that I cannot recall. My family was ecstatic and frankly, I could have cared less about the Wii but at least they liked it.

I have never really been into video games.  I liked a good game of Frogger back in the 80’s or a little Pacman. Then spring 2008 hit and all of a sudden, the Wii Fit was the most talked about new product about to be launched. What was it? Was it something my family needed to enhance their gaming experience? I had to know so I began to do some research.

In doing my research, my interest became piqued. The Wii Fit sounded interesting. Revolutionary. It sounded like something for ME! Was I crazy? My husband thought so. Of course, he knew nothing about the Wii Fit rather the fact that I wanted something for the Wii had him laughing and shaking his head. “But you don’t even know how to turn the Wii on,” he said to me one night when I tried to tell him about the Wii Fit.

I went to the store to buy the Wii Fit the day that they were released for public sale. Sure $90 seemed like a lot of money but this was something that I think I could really get into.  They were nowhere to be found. They had sold out first thing in the morning and it would be the same for the next several weeks. I was so anxious to get one that I finally broke down and bought one on eBay for a $50 markup.

What is the Wii Fit?

The Wii Fit combines fun and fitness giving you a variety of sports, games and fitness activities to get in shape allowing you track your progress on a daily basis. You have an initial weigh in and a series of tests.  Balance is a big component of the Wii Fit because balance is related to your overall health and well being. The Wii Fit determines how close to even your center of balance is and then you are encouraged daily to work on your balance. The Wii Fit explains that those without an even center of balance constantly work to unnaturally compensate for it which can lead to back and leg problems. This puts a lot of strain on your body.

I stepped on the Balance Board (the main component of the Wii Fit system which looks like a large scale without numbers) and ran through the tests. I learned about my BMI, my Wii Fit age, how balanced my body is and what I needed to do to reach my weight loss goals. The only annoyance was when the Wii automatically made my Mii (that is my Wii persona which you can configure to look like yourself) a little plumper which I thought was slightly judgmental and a little demoralizing but it was only a machine after all. Come on Wii help a girl out, I am nearing middle age (sort of ) and I have had three kids for God's sake. But now I had goals! I was excited.

I started with the hula hoop game.  After two minutes I was sweating profusely and twisting and turning like a maniac. The rest of my family came in and soon they were all cheering me on. Something interesting happened to my family that first day. Where we were all usually busy with our own activities but on this day, we all became Wii Fit fanatics. My five year old can beat me on the downhill skiing but I can out hula hoop him anyday. My husband beats everyone with the soccer game and has, surprisingly the most balance of us all. We all do well on the aerobics and love the yoga. The table tilt game was hard for all of us but the soccer heading game had us laughing the entire time. The running game is kind of silly at first although it is pretty hard for non-runners to get the hang of it.

But most of all, we all have found an activity that we can share together. It is something healthy, active and a little bit competitive. We now have Family Olympics every Sunday complete with a medal ceremony with the occasional prizes. This is very serious. We are all skilled Wii Fit athletes. We even compete against my sister’s family once a month.

Yes, I know it is television and video games combined. I know what the naysayers think. I was one of them. I detested video games. Until now. I will submit to you that the Wii Fit has brought our family closer together. Our family Olympics lasted almost three hours last week and we were all exhausted afterwards. We have fun and we truly enjoy each other. My kids care about their fitness and know their BMI. How many kids can tell you that? The competitive spirit does not overshadow the fact that we all want each other to do well. We cheer like crazy. I am still in awe and I am having so much fun. Wii are family.

Next Post »Is Happily Ever After Possible Without the Prince? Princess Bubble Book Review

Family Fun with the WNBA & the Atlanta Dream

A few weeks ago, courtesy of One2One Network and the WNBA, we got some fabulous tickets to a WNBA game. I took my three kids, husband, dad and stepmother. I was looking forward to...

END_OF_DOCUMENT_TOKEN_TO_BE_REPLACED

Capri Sun and Our Family + Uses for Capri Sun Pouches

Post by Jason Connerty My kids love juice.  Heck, who am I kidding; I love juice too! The problem that I struggle with is what is in the juice. Artificial colors?   Artificial flavors?...

END_OF_DOCUMENT_TOKEN_TO_BE_REPLACED 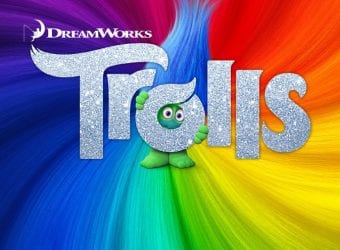 This Family Movie Night with DreamWorks Trolls #TrollsatWM post sponsored by Mirum. Opinions are 100% my own. If you read this blog, then you know that we are into Trolls around here. My children...