We have another fun party coming up this Wednesday night and this time we are chatting about the Teenage Mutant Ninja Turtles™: Danger of the Ooze game available on Nintendo 3DS, Xbox 360 and PlayStation4. That's right, these lovable turtles are back for an all new adventure.

ABOUT TEENAGE MUTANT NINJA TURTLES: DANGER OF THE OOZE

One (1) of 25 copies of the Teenage Mutant Ninja Turtles™: Danger of the Ooze. You can choose 3DS, Xbox 360 or PlayStation4.

NO PURCHASE NECESSARY TO ENTER OR WIN. OPEN TO U.S. RESIDENTS 18+

Let us know that you are coming by signing up on the RSVP linky below:

Next Post »Redfin and Rover Friends: Family and Food chat

I have been a Slim Fast lover for years. I have lost weight several times on the program and was very excited to see that they improved the taste even more. Each Slim-Fast shake...

END_OF_DOCUMENT_TOKEN_TO_BE_REPLACED 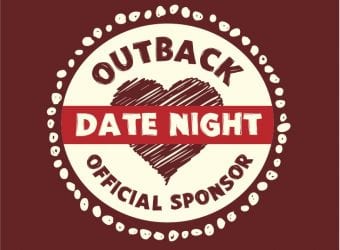 Make it a Great Date Night at Outback

As someone who has been married for over 14 years, I can honestly tell you that date night is something that often gets cancelled because of other activities. I love a good date night...

END_OF_DOCUMENT_TOKEN_TO_BE_REPLACED

Frequently in my current position I am called upon to create forms. We need forms for every single project that comes across my desk and I am the one tasked with creating, maintaining and...

END_OF_DOCUMENT_TOKEN_TO_BE_REPLACED

This is a Sponsored post written by me on behalf of Whitney Farms for SocialSpark. All opinions are 100% mine.   Have you tried organic soil? For years, I have mentioned that I have...