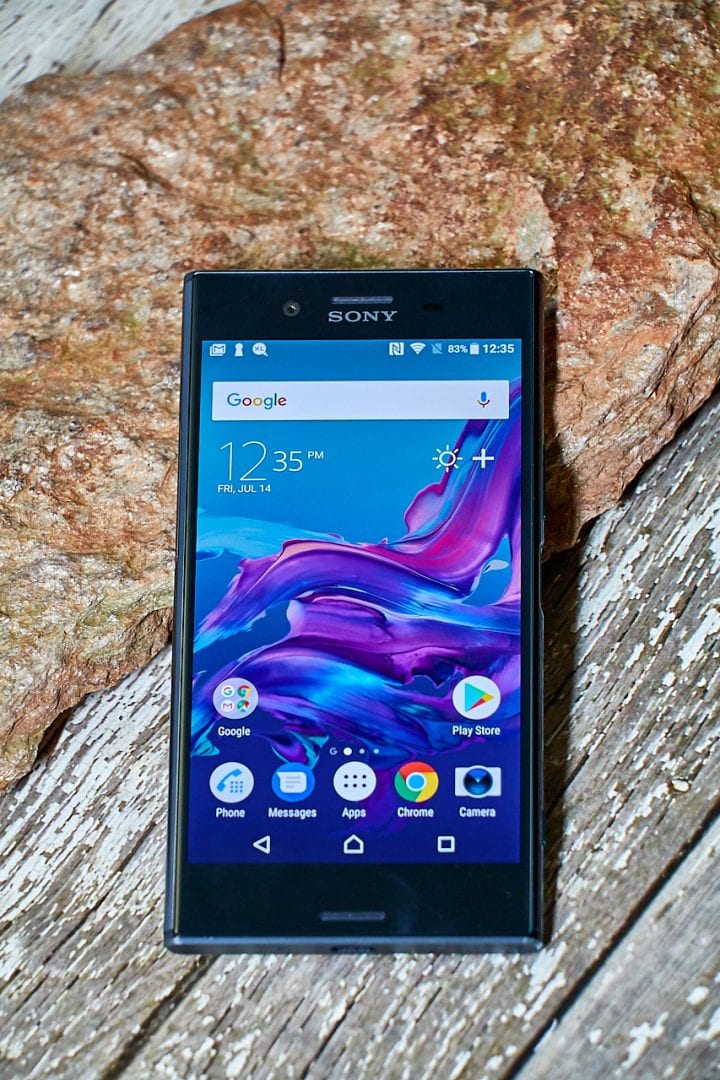 The Sony Xperia XZ Unlocked Premium Phone is the latest flagship smartphone by Sony with the first of its kind 4K HDR Display. Aesthetically, the design of the device is a mature version of the original Xperia Z.  The phone is rectangular with sharper, more crisp edges when compared to the competition. It feels both cool and smooth in hand, thanks to being wrapped with Gorilla Glass 5 on both the front and back.  This is a phone that feels very solid and well built when you hold it.  The Deepsea Black finish of our review unit was both gorgeous, understated, and flawless.

The side of the phone sports a tray that holds dual sim cards or a sim card and microSD card.  Additionally, there is a well placed, recessed power button and volume rocker button. Rounding out the exterior of the device, Sony added dual stereo speakers, a headphone jack, front and rear cameras, a camera button, notification light, and a USB Type-C port. All of this is encased in a device that is IP68 certified to boot, so there is no need to worry about a little dirt and water. 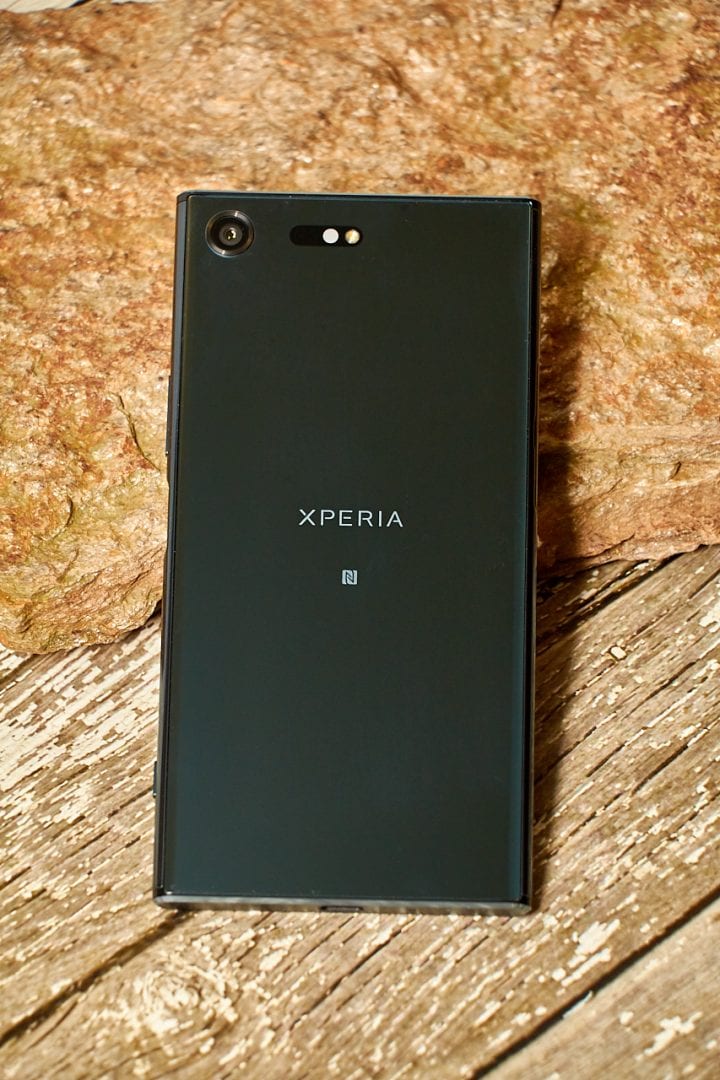 Internally, the Xperia XZ boasts some top of the line specs. The Xperia sports a Snapdragon 835 processor that is paired with 4GB of RAM and a Adreno 540 GPU.  All of this mumbo jumbo spec stuff means this is a phone that is fast. It responds instantly to input, with no discernible lag. Sony paired all of this with an Android operating system that is very light on manufacturer modifications. The version of Android that ships with the Xperia XZ is very close to the Google vision of how the OS should look, feel, and perform.

Two differentiating features of the Xperia XZ are the display and the camera.  The display is LCD based tech that measures 5.46 inches and sports a resolution of 3840 x 2160, with a pixel density in excess of 800 ppi.  This equates to a very sharp display with wide viewing angles.  It also means this beast of a device can handle 4k.  It is a beautiful screen, and you can tell Sony pulled out all the stops when viewing high resolution media. 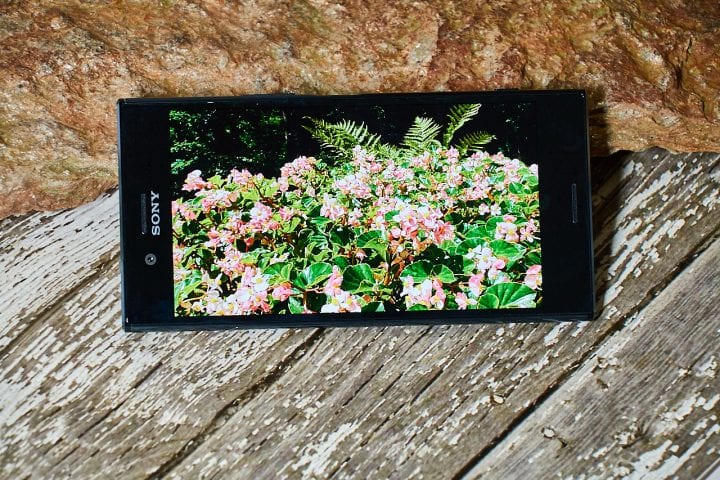 The camera utilizes a 19 MP sensor that is paired to a lens set to f/2.0.  The images are sharp, and the color true to life.  The camera offers both a Superior Auto mode as well as full manual mode.  On the video side, the camera is capable of 4k recording, as well as super slow motion capture.  This last feature is one that is unique to Sony.  The Xperia XZ is able to shoot a slow motion burst at 960fps.  Let me say that last bit again… 960 frames per second.  Nobody in the smartphone arena can come remotely close to that number.

But what does that mean?  When rendering slow motion, you are essentially stretching the individual frames shot over a longer period of time.  For example, say we decide to slow down some video that was shot at 30FPS.  When we slow things down, we get a bit of a jarring, jerky shot.  We only had 30 frames to work with, so when we show each frame for a longer period of time on screen, it doesn’t look right to the eye.  Now render the same clip, but shot at 960FPS.  Smooth as butter.  You have so many frames to work with, everything just moves silky.

Now there are a few caveats to be aware of when shooting super slow motion on the Xperia XZ.  One, you need a lot of light. My results while using the feature in low lighting were a no go.  Two, be aware that the camera will shoot in 720p while in this mode.  Other than that, it’s simply a matter of hitting the slow motion button at the correct time to capture the burst.

Overall, this phone is a solid choice with the best camera around. We love it and highly recommend it. 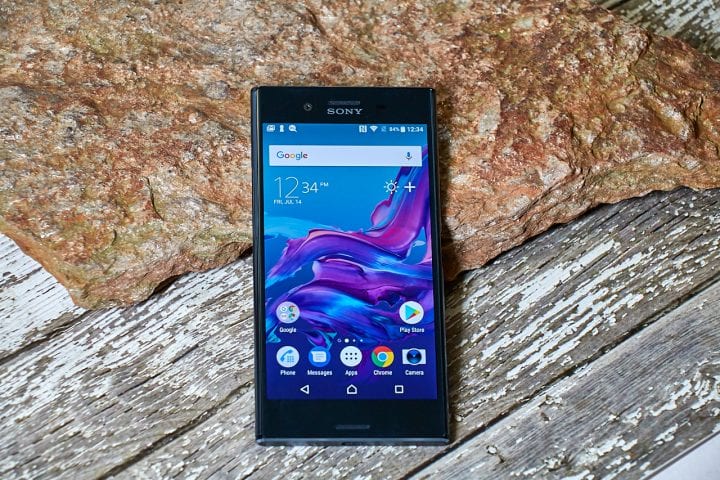 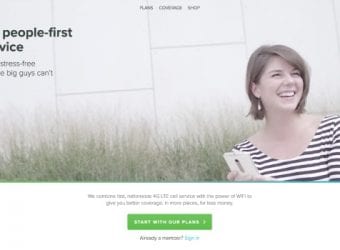 END_OF_DOCUMENT_TOKEN_TO_BE_REPLACED

LeapFrog Leapster Explorer Learning Game System is a gaming system that encourages learning. It is designed for young children. People prefer this device over others because it has almost 40 different games that add a...

END_OF_DOCUMENT_TOKEN_TO_BE_REPLACED

Even after all these years, the iPod is still considered by many to be the gold standard for MP3 players. There's no question that it's a highly capable device, but what makes it so...