On The Record With Mick Rock

On The Record With Mick Rock

There is a new show in town and this one is all about the music industry which is one of my favorite things to follow. We are a musical family. My husband graduated from Atlanta School of Music and my father sang in band during his 20's plus took us to every concert we could get tickets to when I was growing up. You could definitely say that my family connects over music.
Mick Rock is hosting On the Record with Mick Rock on Ovation TV.  Does his name sound familiar? It did to me and as soon as I read about him, I knew him!

Mick Rock is a British photographer best known for capturing iconic images of rock and roll legends. From Queen and David Bowie to the Sex Pistols and Blondie, Rock is often referred to as “The Man Who Shot the Seventies.” Today, Mick is as in-demand as ever; photographing legends-in-the-making like Snoop Dog, Daft Punk, The Killers, Cee Lo Green, and the Black Keys, among many others.

ABOUT ON THE RECORD WITH MICK ROCK

Featuring guest stars Josh Groban, Kings of Leon, The Flaming Lips, and Patti LaBelle, On The Record with Mick Rock goes into each of the artists' hometowns to check out the sights and sounds that inspire them. A unique spin on the musician profile series, the show's stripped-down style and Mick's unapologetic rapport with his guests produces candid conversations and musical performances not usually seen on television.

CHECK OUT ON THE RECORD WITH MICK ROCK {VIDEO}

ON THE RECORD WITH MICK ROCK: Josh Groban – Premieres Sunday, August 2 at 8 pm ET. Native Angeleno and multi-platinum recording artist Josh Groban takes Mick on an inspiring tour of Los Angeles, paying homage to the high school teacher who gave him the confidence to succeed, stopping by the after-school Shakespeare program he personally supports and treating Mick to a moving performance of his song, Hidden Away.

ON THE RECORD WITH MICK ROCK: Kings of Leon – Premieres Sunday, August 9 at 8 pm ET. Mick discovers how the Grammy(R) Award-winning rock stars Kings of Leon escaped their Pentecostal roots to find a home in Nashville's evolving music scene. The band dishes on its rocky past and gives Mick a tour of country music's hometown, ending the day in the Kings' private studio for an exclusive jam session.

ON THE RECORD WITH MICK ROCK: Flaming Lips – Premieres Sunday, August 16 at 8 pm ET. Mick touches down in Oklahoma City to hang with the Flaming Lips and uncovers how these masters of psychedelic rock have become the surprising hometown heroes. Lead singer Wayne Coyne shows off his wacky art gallery, fills Mick in on his all-night parties with Miley Cyrus and ends the day with a performance of the group's hit song, Do You Realize??

ON THE RECORD WITH MICK ROCK: Patti LaBelle – Premieres Sunday, August 23 at 8 pm ET. GRAMMY(R) Hall of Fame artist Patti LaBelle takes Mick on a personal tour of Philadelphia, visiting the theater that launched her career and stopping by her childhood home where she first found her voice with a broomstick microphone. After grabbing a bite at her favorite soul food spot in the City of Brotherly Love, Patti invites Mick into her living room for an intimate performance of What Can I Do For You?

GET SOCIAL WITH OVATION TV

What was the greatest concert ever? What's the best rock and roll album of all time? 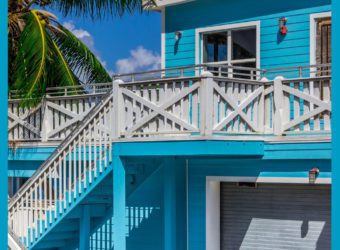 9 Tips to Be Prepared for a Family Emergency

9 Tips to Be Prepared for a Family Emergency The COVID-19 pandemic unveiled the importance of preparedness in emergency situations. As the store isles became bare, individuals struggled to find masks, flu medications and...

END_OF_DOCUMENT_TOKEN_TO_BE_REPLACED 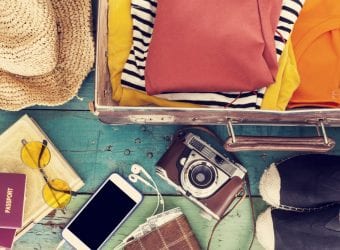 This post was written as part of the Allstate Influencer Program and sponsored by Allstate. All opinions are mine. As the nation’s largest publicly held personal lines insurer, Allstate is dedicated not only to...

END_OF_DOCUMENT_TOKEN_TO_BE_REPLACED

Top Picks for the Pampered Pet

END_OF_DOCUMENT_TOKEN_TO_BE_REPLACED 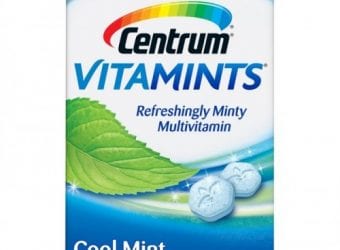 I am participating in a sponsored campaign hosted by Centrum®. I received compensation for this post. While all opinions stated are my own, I make no claims about Centrum® as a product or its...