My Husband Will Not Speak to Me | Divine Lifestyle

My Husband Will Not Speak to Me

I am ignoring my husband as he tries for about the hundredth time to explain the flaw in the logic of the movie The Terminator. I don't give a crap besides I have heard enough of this story that I know what his theory is.

Still as he tries to explain it to me for seriously the hundredth time, he looks at me in the middle of talking and says, “You know what I mean?” And I in yet another, most likely vain attempt to get him to stop telling me this story say to him, “Honey, really I am not listening. I didn't want to hurt your feelings.” Now he is not speaking to me.

Ok wait, UPDATE UPDATE – he just read this over my shoulder and yelled, “YOU WEREN'T EVEN TRYING TO LISTEN” and then launches yet again into the story. So I start yelling “PLEASE NOOOOOO. PLEASE NOOOOOO.”

He will not stop yapping. Good God.

But damn in the middle of all this I think to myself that his bizarre movie conspiracy theories cracked me up from the moment that I met up. Who thinks about crap like this that much? When I realized that I did too, I knew that I would marry him. That was only two weeks after I met him and that was over twelve years ago.

P.S. We are watching The Terminator right now and I am covering my eyes over the nasty eyeball scene and husband is laughing.

P.P.S. He just asked me to type that he would be very interested in having me type up his Terminator flaw thing.

P.P.P.S Did you know that there was supposedly a catch phrase from this movie besides the Arnold one? I had no clue. I just saw that part too!

« Previous PostSix Things that I Love & Hate About the Ocean 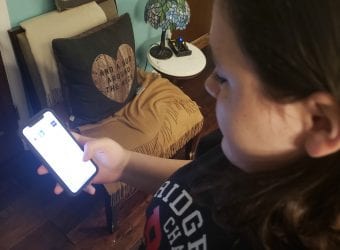 Teaching Kids to Be Good Digital Citizens and Be Internet Awesome

END_OF_DOCUMENT_TOKEN_TO_BE_REPLACED

Act Against Aids and Let’s Stop HIV Together

This post is made possible by support from the Let’s Stop HIV Together campaign. All opinions are my own. I grew up in the 80's and this is the time when AIDS really came...

END_OF_DOCUMENT_TOKEN_TO_BE_REPLACED 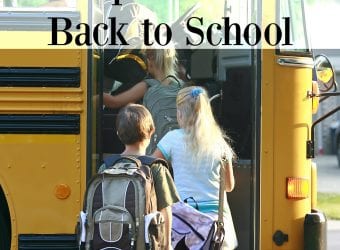 5 Ways to Prepare Kids for Back to School