For singer-songwriter Diane Birch, music was a refuge.  Although Diane was born in Michigan, her childhood was spent on the move as the daughter of a preacher, living between Zimbabwe, South Africa and Australia, before her parents finally settled in Portland, Oregon.  When she was in her early teens, Diane absorbed a unique and cosmopolitan perspective on life that shines through her music and makes a simple categorization of it impossible.

Diane Birch has already captured the hearts of everyone from Rolling Stone to David Letterman and her recent iTunes Single of the Week called “Rise Up” was downloaded over 500,000 times. Her debut album, Bible Belt, was released on June 2. Diane kicked off her touring at the South-by-Southwest conference this past March and she’ll be hitting the road presenting her piano-playing virtuosity and easy-going soul all summer long.

The result? Diane Birch sounds like an old favorite, with all the sparkle and magic of a breakthrough talent. People says she sounds like a combination of early Carole King, Linda Ronstadt and Stevie Nicks, with a little Joss Stone and Cat Power mixed in. Bible Belt is only her first record, but it’s one of the most accomplished albums you’ll hear all year. From the opening track “Fire Escape” to the closing “Magic View,” Diane’s stunning voice is mesmerizing.

* Her album has already rocketed to the #3 spot on the iTunes pop chart.

* VH-1 just added her video for “Nothing But A Miracle”

While growing up all around the globe, this talented singer-songwriter was exposed to all types of music…as well as people in sometimes dire situations. These experiences led her to her calling to give back, and the Discover & Donate campaign does just that.

For every Diane Birch album purchased through a special widget, $1 will be donated to one of six charities. Choose your charity – Autism Speaks, March of Dimes, Susan G. Komen for the Cure, Keep a Child Alive, SOS Children's Villages, or Share Our Strength – post the widget, and win. The person who raises the most money for charity through their widget will receive a FREE PRIVATE PERFORMANCE in their hometown!

I am a big fan of music. Almost any type of music. Always have been. My husband went to music school and we have worked hard to instill a love of music in our children. We really enjoy sharing all kinds of music with them.

Recently, I had the chance to review the Diane Birch CD courtesy of the One-2-One Network. Her soulful sound really had me from the moment that I put the CD in. I have listened to it so many times that I can sing most of the songs now by heart. My whole family enjoys her music and we are excited to add this to our collection.

Listen to the  MP3 of ‘Fire Escape’

Next Post »6 Things About My Children That I am Proud of – Tough to Narrow it down!

White Cloud Laundry Care: The Dirtier the Clothes, the Bigger the Memories

This is a Sponsored post written by me on behalf of White Cloud for SocialSpark. All opinions are 100% mine. You have probably heard of White Cloud, right? They make pretty good bath tissue. But...

END_OF_DOCUMENT_TOKEN_TO_BE_REPLACED 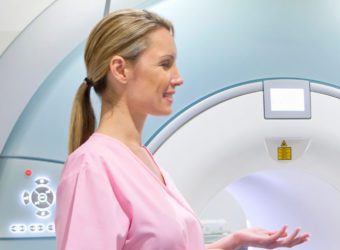 What You Need to Ask Yourself Before Starting Your Nursing Career

What You Need to Ask Yourself Before Starting Your Nursing Career  There will come a time in everyone's life when they need to consider what they are going to do for their career. Perhaps...

END_OF_DOCUMENT_TOKEN_TO_BE_REPLACED 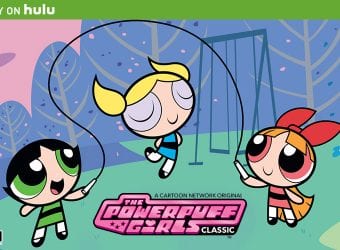 Catch The Powerpuff Girls On Hulu

END_OF_DOCUMENT_TOKEN_TO_BE_REPLACED

My Black Friday Kmart Layaway Shopping Trip – All Online FROM MY CRUISE!!

I shopped for Christmas gifts and put items on layaway today. FROM MY CRUISE. That is right. I am hundreds of miles away from home and SHOPPING ONLINE FOR BLACK FRIDAY!!! How cool is...