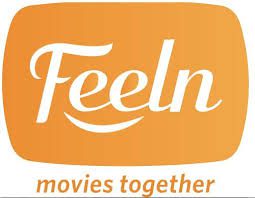 There is something that my family and I really love to do together. We love to watch movies together. We all pile into one bed or into the living room. Then we watch one our old favorites or find a new movie. This tradition is one that I am certain my children will remember their entire lives.

We just started a one year subscription to the Feeln service and we already have spent a few movie nights watching as a family.

Feeln is a movie subscription service showing films that entertain, inspire and delight audiences of all ages. Subscribers can enjoy a broad range of movies, including Hollywood blockbusters, critically acclaimed Oscar winners, and classic favorites. Feeln also features a selection of over 80 Original Short Films, expertly crafted stories that are internally written, cast, directed and produced.

Academy award winning producer Rob Fried founded Feeln. Prior to this, Rob produced the classic inspiring film “Rudy”, and was part of the executive team Behind “Hoosiers” and many other successful films.

Feeln is a division of Hallmark, and is based in Los Angeles. At Feeln, a team of passionate filmmakers produces and curates well crafted movies that tell great stories, and can be enjoyed by any member of the family.

No matter what type of movies you watch, Feeln will make recommendations for you. The best part about this is that you have peace of mind knowing that everything is appropriate for your child. I loved some of their suggestions and the kids were excited to check out a few movies that were new to them.

Watch the new Feeln Original Series, the family movie Rainbow Brite. We watched a few episodes of “Rainbow Brite” the series being revived as a limited run event series by SVOD service. Feeln features the vocal talents of Emily Osment and Molly Ringwald.

The series will consist of three weekly episodes that will debut beginning Nov. 6 on Feeln, a subscription video on demand service from Hallmark that features curated programming aimed at all age groups.

There are more original series as well such as Feeln Original Series InspireWire.

Sign up with Feeln now and get 50% off. Use the code MOMBLOG to save.

GET SOCIAL WITH FEELN AND RAINBOW BRITE

As a serial hobbyist, I love all things crafty. While I may not exactly be as crafty as I would like, I do appreciate a good craft idea as much as the next girl....

END_OF_DOCUMENT_TOKEN_TO_BE_REPLACED 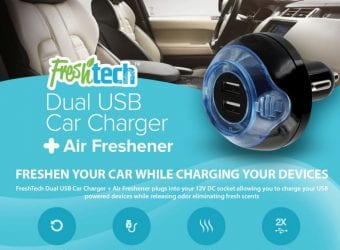 This is a sponsored post written by me on behalf of FreshTech™. FreshTech™: SINGLE and DUAL USB Car Charger + Air Freshener Vehicles these days often come with some of the latest and greatest...

END_OF_DOCUMENT_TOKEN_TO_BE_REPLACED

We are movie lovers in this family. We see several movies each month and often meet other family members to see movies together. That is something that my family and my husband's family loves...

END_OF_DOCUMENT_TOKEN_TO_BE_REPLACED 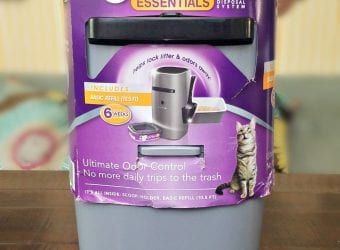 This is a sponsored conversation written by me on behalf of Litter Genie®. The opinions and text are all mine. Litter Genie Cat Litter Disposal System Review | Available at Walmart As pet lovers,...