I participated in an Ambassador Program on behalf of Mom Central Consulting for Sprint. I received product samples to facilitate my review.

Did you know that only 44 percent of people set a PIN or passcode on their mobile phone? (I am the other 56%)

Did you know that 63% of people check their smartphone at least once an hour? 9% check every 5 minutes? (I am not quite that 9% but close)

Did you know that  63%of people would be upset if they left home without their smartphone? (THAT'S ME!)

Did you also know that when people are without their devices, 29% miss texting and 26% miss calling? (I feel like a limb is missing when I leave my cellphone at home).

This year with the holidays quickly approaching, I am always on the lookout for the latest tech gadgets to share with  my husband. My husband is a phone junkie. He LOVES new phones. Right now he has three cellphones in his pocket.

Last month, he was totally in love with his new Moto X. I couldn't pry that phone from his hands if I tried. However, once the LG G2 arrived, the Moto X had some serious competition.

ABOUT THE LG G2

The LG G2 is one of the hottest smartphones on the market right now. The battery outperforms most on the market, lasting an average of 4.3 hours on a single charge. The 2.26 GHz processor gives it the ability to perform primary functions quickly. The 2GB of RAM offered on the phone is pretty standard for the industry and price point, but users will be happily surprised with the 32GB of storage.

For the G2, LG moved the on/off switch to the back of the phone. For those who have become accustomed to a power switch on the top right hand side of their phone sets, there is an adjustment period for the new placement. Still, LG has rolled out plenty of features to compensate.

For starters, the screen size is one of the biggest on the market at 5.2 inches. Despite this, the phone is not heavy, weighing barely half an ounce more than Samsung’s new set. LG puts the large screen to good use with several time saving user features, including an option to navigate to the camera function directly from the lock screen. They’ve also added a green call button next to every name in the contacts list, making it easier and faster to dial out from that screen.

Screen quality for the model is far above average for everyday functions like using apps, browsing the internet, and texting. The screen shows images in high contrast and bright colors, which is best for typical smartphone activities, particularly viewing text and images with white backgrounds. Unfortunately, the same qualities that make for high image quality there, lead to videos that can be overly contrasted and washed out.

The LG G2 offers a 13 megapixel camera, good for taking pictures from far away before zooming and cropping. The G2 shines with normally hard to capture pictures taken indoors or in dimly lit areas, with a flash that evenly disperses light across the frame to avoid bleached out subjects. A picture taken with the flash takes a five full seconds to capture.

The drawbacks for this model are the strangely placed power up button, the not-so-great video quality and the slow camera flash function. Overall, though, users should expect a phone that will perform well for the most used activities, with a great batter life and plenty of storage.

Next Post »Tips Inspired by Hamptonality from Hampton Hotels

I participated in a campaign on behalf of Mom Central Consulting (#MC) for Sprint. I received a product sample to facilitate my review and to thank me for participating. The Onyx Studio speaker is a new high...

END_OF_DOCUMENT_TOKEN_TO_BE_REPLACED

We have been needing a new vacuum for a while now. In fact, it has been about two years since we had a decently working vacuum. I mean our old vacuum worked but not...

END_OF_DOCUMENT_TOKEN_TO_BE_REPLACED 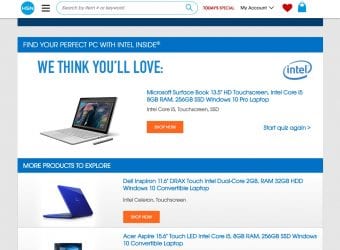 This Join THE IN-CROWD at HSN where Intel offers devices for every need #IntelINCROWD post is sponsored by Mirum but all opinions are my own. Please see below for additional disclosure. Join THE...

END_OF_DOCUMENT_TOKEN_TO_BE_REPLACED 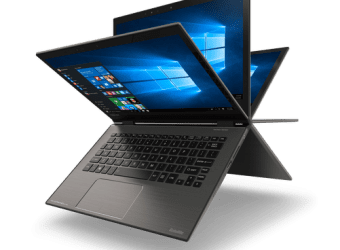 As always, Best Buy is the only destination for my family for exciting new mobile PC devices. That includes the fabulous, new Satellite Radius 12 by Toshiba.  With the recent launch of Windows 10,...