CK Mondavi Gives Back to the Intrepid Fallen Heroes Fund

I am not sure if many of you know but I grew up in a military family. We moved around a lot before finally settling in Atlanta after my first year of college. In fact, we liked Atlanta so much that my dad retired here. A lot of my family lives here.

My father was in Vietnam and he was also in some other situations that were dangerous as well. My father-in-law was also in the military as were both of my grandfathers.

Growing up military was a different type of lifestyle than most people know. There was always a fear that my father could get hurt or even worse. We lived knowing that he was the ultimate patriot who would do whatever it took to protect and serve his country. In fact, he walked me down the aisle in his uniform and then gave me that uniform as a wedding present. I still cherish it to this day.

I have the utmost respect for anyone who serves in our military and believe that these people deserve to be taken care of. This is especially true of our fallen heroes.

What I also like is to see brands who support our fallen heroes and one of those brands is CK Mondavi. Did you know that CK Mondavi is the only American made/grown wine in the “supermarket wine under $10” category? I had no idea!

In fact, CK Mondavi is run by the legendary Napa Valley wine icon, Peter Mondavi Sr., a World War II veteran. Established in the 1940s, CK Mondavi remains a family- owned business that has thrived for four generations to produce fine wines. CK Mondavi wine is sold nationwide in every US state.

But here is what is really important to know about CK Mondavi:

A percentage of each bottle sold between May – August will be donated to Intrepid Fallen Heroes (up to $50,000). This is what I like to see companies doing to give back in their communities.

The Intrepid Fallen Heroes Fund serves United States military personnel wounded or injured in service to our nation, and their families.  Supporting these heroes helps repay the debt all Americans owe them for the sacrifices they have made in service to our nation.  They are, in the words of their founder, the late Zachary Fisher, “our nation’s greatest national resource,” and they deserve all the help that our nation can provide.

GET SOCIAL WITH CK MONDAVI

Please comment below to share your own story about supporting veterans and/or American-made products. I will select ONE reader to be entered into CK Mondavi’s grand prize drawing by May 15. The grand prize is a $500 donation to the Intrepid Fallen Heroes Fund in the winner’s name!

I was selected for this opportunity as a member of Clever Girls Collective and the content and opinions expressed here are all my own. 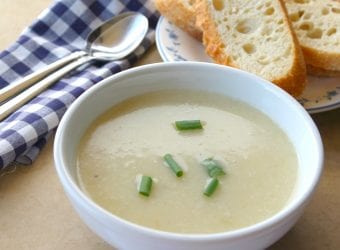 Potato Leek Soup Potatoes are incredibly versatile but the fact is that certain kinds of potatoes do better depending on the recipe. For instance you pretty much want to avoid any kind of green...

END_OF_DOCUMENT_TOKEN_TO_BE_REPLACED 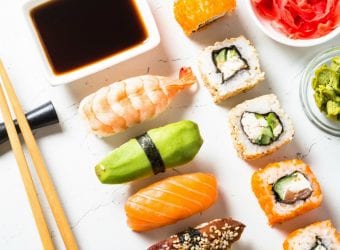 What is the difference between Sushi and Sashimi? Traditionally sushi was the result of fermentation of a mixture of fish and rice; the rice was thrown away and the fish consumed. Vinegar was one...

END_OF_DOCUMENT_TOKEN_TO_BE_REPLACED 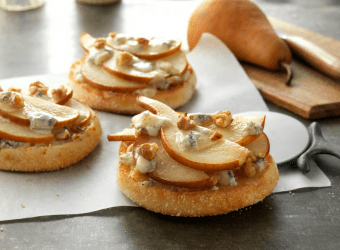 Pizza Genius Wanted Do you rule in the kitchen, when it comes to toasting up some tantalizing treats for your family and friends? I know that in our household we seem to have an...

END_OF_DOCUMENT_TOKEN_TO_BE_REPLACED

This is a Sponsored post written by me on behalf of Private Selection for SocialSpark. All opinions are 100% mine. My children are dessert lovers. They get that from their father who is also...