Adding to its impressive list of cruise industry firsts, Disney Cruise Line will combine technology-infused innovations and imagination to create a whole new level of magical experiences for families sailing on its newest ship, the Disney Dream.  Throughout their cruise vacation, guests will encounter unexpected magic – such as a restaurant that transports guests under the sea, artwork that magically comes to life and youth clubs filled with immersive gaming environments and personalized character encounters.

For the Disney Dream, Disney Cruise Line is re-imagining a fan favorite from the Disney Magic and Disney Wonder – Animator’s Palate restaurant.  The dining room is transported to the ocean floor and Crush, the surfer-dude sea turtle from Disney•Pixar’s “Finding Nemo,” makes special appearances, swimming around the restaurant and engaging in live impromptu interactions with guests.

Throughout the Disney Dream, guests will encounter Enchanted Art that immerses guests in Disney storytelling in a completely new way.  Enchanted Art magically comes alive when guests pause to admire the artwork. In addition, the Enchanted Art is used as part of a one-of-a-kind detective themed adventure where guests of all ages join a ship-wide quest to find clues.

The Disney Dream carries on the spirit of innovation with a cruise industry first for all inside staterooms.  Virtual Portholes offer a “window” to the world with a real-time view outside the ship.  High-definition cameras placed on the exterior of the ship feed live video to each Virtual Porthole.  The live video feed corresponds to the stateroom location – with a view to port, starboard, forward or aft.

Next Post »Hello Ultimate Blog Party 2010 Party Goers – Thanks for stopping by!

Disney Cruise Line introduces a cruise industry innovation on the Disney Dream with the debut of AquaDuck, the first-ever shipboard water coaster. Guests aboard the new Disney Dream can get swept away on the...

END_OF_DOCUMENT_TOKEN_TO_BE_REPLACED 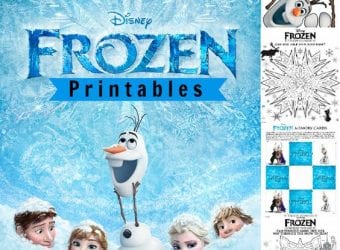 Disney FROZEN Printables: Coloring Pages and Activity Sheets We previously told you all about the new Disney movie, FROZEN, that will be hitting theaters November 27th, 2013. And if you are around any kids...

END_OF_DOCUMENT_TOKEN_TO_BE_REPLACED

5 Ways to Spend Less on a Disney Vacation