Disney's Hollywood Studios is a great place for family fun. This is a stand out theme park due to the fact it is an actual working movie studio. In addition to the great rides and shows there are actual movies being filmed here and actual studios where animation is taking place. There are attractions or shows sure to please any age.

Younger children will enjoy shows such as Muppet Vision 3-D, Voyage of the Little Mermaid, Honey I Shrunk the Kids Movie Set and Toy Story Mania. Muppet Vision 3-D is a 3-D adventure movie. The movie takes guests through a Muppet lab and has surprises around every turn. The Voyage of the Little Mermaid is a live show that truly puts the spectators “under the sea” with amazing special effects.

The Honey I Shrunk the Kids Movie Set is an 11,000 square foot play area that allows children to see what it's really like to be ‘bug size”. Toy Story Mania is a great attraction for kids and the video game enthusiasts in the crowd. It is an interactive 4-D ride. Guests board a special vehicle that takes them through a medley of interactive video games, of course the characters from all Toy Story's movies are the main characters in this action packed ride.

Any Disney park would not be complete without great rides. Disney's Hollywood Studios is no exception. Take a ride through the great movies of this century aboard the Great Movie Ride. Guests will climb aboard a vehicle and take a trip through scenes of the greatest movies of all time. The Twilight Zone Tower of Terror treats guests to a spooky elevator ride and plunges them 13 stories on a dark, stormy night. Grab a ride in a limo and go on tour with Aerosmith on the Rock ‘n' Roller Coaster starring Aerosmith. The unique thing about this roller coaster ride is it's in the dark! Star Tours is part ride, part show. A full motion stimulator will take guests deep into the world of Star Wars.

Disney Hollywood Studios is home some of the best live action shows around. The Lights, Motors, Action extreme sports show will thrill guests with pyrotechnics and explain the most complex stunts seen in today's action films. The Indiana Jones Stunt Spectacular will re enact guest’s favorite moments from the first Indiana Jones film.

The American Idol Experience is just that. A stage created as an exact replica guests can get the true feel of being on stage or in the audience voting. For a special treat take in Disney's Magic of Animation, hosted by a real life Disney artist and Musha from Mulan. Guests will see how far animation has come and how Disney animators bring their characters to life.

Disney Hollywood Studios has something for every age or interest!

Walt Disney's lifelong philosophy can be summed up in a few short words – “If you can dream it, you can do it.” The most current expression of Disney’s Cruise Line dream-come-true vision incorporates...

END_OF_DOCUMENT_TOKEN_TO_BE_REPLACED

We are huge fans of Vinylmation in this household. Of course, we love everything Disney but Vinylmation has been one of our favorite Disney items over the past several years. My son has been...

END_OF_DOCUMENT_TOKEN_TO_BE_REPLACED 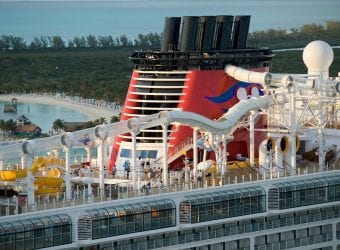 Cruise ships must address the entertainment needs of a wide cross-section of passengers and the Disney Dream cruise ship is no exception. Currently the largest of the Disney cruise ships, it offers guests a...

END_OF_DOCUMENT_TOKEN_TO_BE_REPLACED 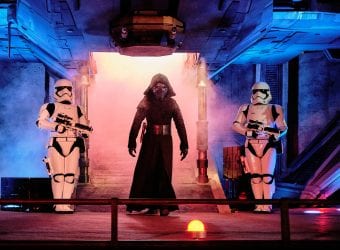 The writer of this Star Wars Galaxy's Edge post was hosted by Disney. Lodging, food, and park tickets were provided for free or reduced charge. All words and opinions are my own. Visiting Disney's...