Have you heard of the Fierce Fund? My daughter and I both donned our blue wigs in support of this fabulous project.

ABOUT THE FIERCE FUND

The internal mantra for Clever Girls is “Innovate. Elevate. Be Fierce.” Since their inception in 2009, Clever Girls has focused on two things: encouraging women to tell their stories, and helping women gain recognition and monetization for doing so.

In October 2012, Clever Girls Co-Founder Sheila Bernus Dowd, was diagnosed with Stage 2 breast cancer. She underwent surgery, chemotherapy, and radiation, and today is in full remission. Throughout her treatments, she continued to work at CGC, ran the annual fundraiser at her children’s school…and found a new affinity for hats and fake hair.

Although we did get a little silly while wearing our wigs, I was able to share an important message with my daughter about the seriousness of breast cancer and of giving back.

Our youngest was born in 2007 with a congenital heart defect that would require surgery. I was devastated. In addition to the heart surgery, she also had something called pyloric stenosis which would require a surgery at two months old.

However, when she was one month old, I had to have two separate surgeries to have my gallbladder and then leftover stones removed. We were at the hospital A LOT plus we had two small children at home. I was struggling and in a very dark place.

It took me a long time to work through all of these issues and get my life back on track. Ultimately I dealt with my postpartum depression by asking for help and really just being fierce. I needed to be a rock for my family and while it was not easy at all, I did it. I can now look back and say that I did everything that I could. I was definitely fierce.

Head to the Fierce Fund voting page to help select the Fierce Fund grant winner. The following fabulous, Fierce 501(c)(3) organizations were selected by the Clever Girls staff, and each of them supports women and girls in very important ways. Please vote for the organization that you believe should be the recipient of this year’s $20,000 #FierceFund:

Being Fierce is having the courage to try a new career, drive across the country, travel somewhere you’ve never been; standing up to a bully, calling out hate speech, voting; being strong for your kids, being there for your friends, being active in your community. Being Fierce can mean going back to school after a couple decades away, it could mean putting on a bathing suit at the public beach. Or being Fierce could mean going through cancer treatments and choosing to rock a blue wig in stride.

We all have our moments of being Fierce, and we’re collecting your inspiring stories. Fifty members of the Clever Girls Collective will be receiving blue wigs and sharing their stories of “Being Fierce” in blog posts, which we’ll be updating below. In the meantime, please feel free to share your moments of Fierceness in the comments below.

Have a story of a time you were Fierce? Want to help Clever Girls Collective support women and girls to be Fierce? Visit www.clevergirlscollective.com/fiercefund to learn more about this girl-power project!

Next Post »No Bake Chocolate Cheesecake with OREO Crust Recipe

Elf on the Shelf: A Birthday Tradition

You may have one or you may have seen them around but no doubt about it, The Elf on the Shelf is most definitely a holiday tradition for many families. Our family has had...

END_OF_DOCUMENT_TOKEN_TO_BE_REPLACED 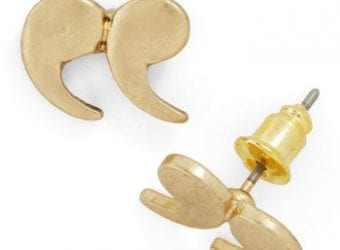 Jewelry Gifts Under $20 from ModCloth

There's a Map for That Necklace in Gold There are maps for displaying in your sophisticated study, maps for exploring new cities and scenery, and, now, there's even a map for wearing as a...

END_OF_DOCUMENT_TOKEN_TO_BE_REPLACED 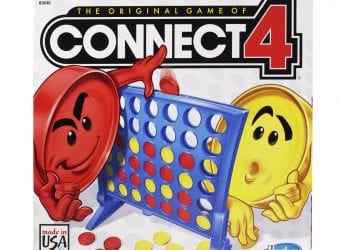 Best Selling Board Games Connect 4 Game – $7.99 Classic Connect 4 game is disc-dropping fun Choose yellow or red discs When you get 4 discs in a row you win Includes grid, 2...

END_OF_DOCUMENT_TOKEN_TO_BE_REPLACED 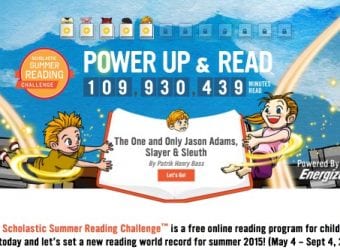 Have You & Your Children Joined the Scholastic Summer Reading Challenge?

Last month we shared with you that we are part of the Scholastic Summer Reading Challenge. My kids signed up and we are actively logging all of their reading time. Now in its 9th...