Disney Store will celebrate the opening of the newly designed store Perimeter Mall in Atlanta, Georgia, on Wednesday, March 30, 2011. This will be the first of many newly designed Disney Stores to open in 2011. Jodi Benson, the legendary voice of Ariel, from Disney’s The Little Mermaid, will join Atlanta families in celebrating the new store opening.

With each new store opening in 2011, Disney Store will donate 10 percent of the first day’s sales to the Make-A-Wish Foundation in the United States.

ABOUT DISNEY STORE
The Disney Store retail chain, which debuted in 1987, is owned and operated by Disney in North America, Europe, and Japan. Disney Store is the retail merchandising arm of Disney Consumer Products, the business segment of The Walt Disney Company (NYSE:DIS) and its affiliates that extends the Disney brand to merchandise. Disney Store carries high-quality products, including exclusive product lines that support and promote Disney's key entertainment initiatives and characters. Disney Store opened its first store in Glendale, California and, in doing so, originated the themed retail business model.

Each Disney Store location offers a magical shopping experience that can only be delivered by Disney, one of the world's largest and most successful entertainment companies.

I found these pictures the other day while going through the pics on my husband's cellphone. This is from the trip that we took last October to the Nick Hotel in Orlando. My daughter...

END_OF_DOCUMENT_TOKEN_TO_BE_REPLACED 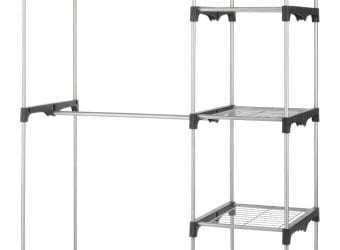 END_OF_DOCUMENT_TOKEN_TO_BE_REPLACED

My Success with the Activia Challenge

We've talked about Activia a lot lately. I have been doing the Activia Challenge along with several of my family members and we are all loving it. If you missed my previous two posts,...

END_OF_DOCUMENT_TOKEN_TO_BE_REPLACED 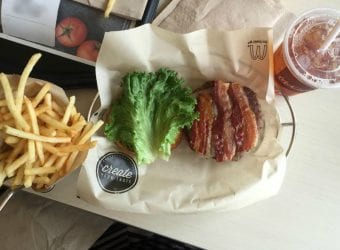 Create Your Own Perfect Sandwich at McDonald’s

This post was created in partnership with McDonald's. All thoughts and opinions are my own. Recently my husband and I had a lunch date. We went to McDonald's to try their fun new ordering...