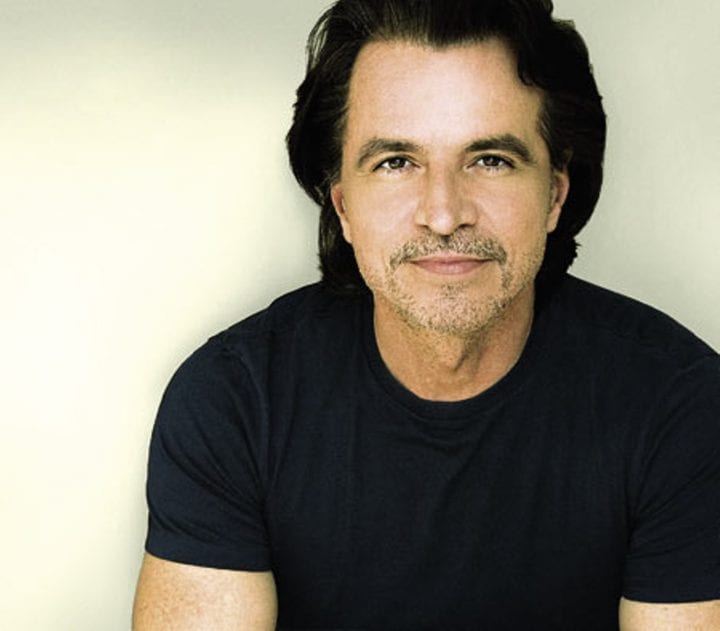 I am definitely a child of the 80's. When my mother was swooning over the moustache clad, long haired Yanni, I was rocking out to the greatest hair bands in the world. When she said, “Come see this new age guy with me. His name is Yanni.” I may have laughed or smirked while I admired my Madonna posters hanging all over my wall. As if! 😉

So when I was at BlissDom'09 and they mentioned that Yanni Voices would be played, I seriously thought that I was in for a yawner. I mean, I am a little embarrassed to admit that I think that I actually considered going up to my room to take a nap. I am so glad that I didn't. (See old school Yanni at Right)

The lights dimmed and up on the screen appeared Yanni (sans moustache and long hair) playing his music. At this point I realized that I may not have EVER really listened to his music before. Like a fine wine, age has really had an amazing effect on Yanni. I was thinking to myself, “Hmmm…this guy is kind of cute. Why didn't I listen to him before?” Yanni is amazing. The man doesn't just play his music, he is his music. You can feel his soul coming out of every pore of his body. I think that I may have forgotten to breathe for a moment. Yanni is truly a phenomenal performer. I was mesmerized.

Then it got even better. Into the room walked the smokin' hot Nathan Pechecho and uber sexy Ender Thomas. Ok, I must admit, they had me BEFORE hello! I mean, these guys just oozed with charisma and not in a cheesy car salesman way. And then they sang. They sang to the music that Yanni created. They wrote the words and these words…they were just amazing. If you are the type of person where music can move you, this is what will happen when you listen to Yanni Voices. The first song and I was hooked. One song literally moved me to tears because it was so beautiful. 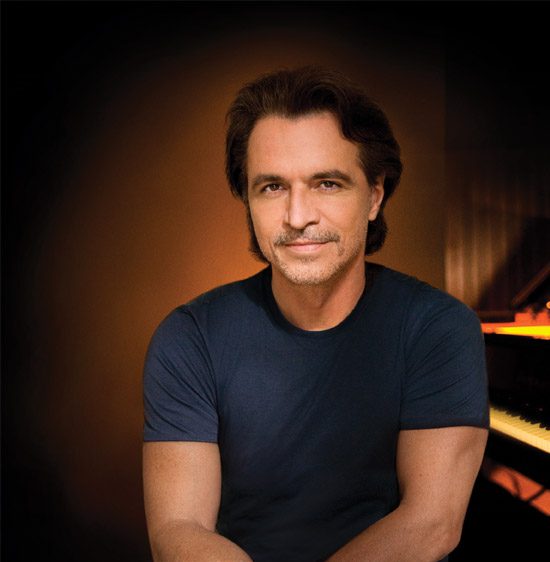 I watched these two men sing and I have never been this close to two people so incredibly talented. We actually had the chance to meet them, have them sign CD's and take pictures with us. They were personable, charming and humble. Never once displaying that ‘Rock Star' attitude that I would expect from a singer. Although of course, with the talent that these two have, if they had acted like ‘Rock Stars' it would have been understandable. But no, they patiently waited while the never-ending line of mommies giggled like a bunch of schoolgirls (myself included). The men behind Yanni Voices were just as fabulous as their music!

Yanni is a multi-platinum recording artist who released Yanni Voices on March 24th marking his first studio album in 6 years. ‘Expect the Unexpected' captures the spirit of the Yanni Voices Project.  If you think you know Yanni's music, think again. This definitely ain't your mama's Yanni. Yanni’s breathtaking instrumental compositions have made him a musical phenomenon; now, Yanni Voices marks the first time ever that the composer and pianist has brought vocals to the forefront of his music.

Wanna check it out for yourself? Go here and you can watch videos, view photos or listen to a few songs. They even have a fan club which I must admit, I joined. I haven't been part of a fan club for a musician or a band since I was about 14. Well, unless you count the Wiggles.

You can experience Yanni Voices on PBS. Check here for your local listing. Personally, I Tivo'd it and have watched it endlessly. Even my children like it. You can also buy the album here. Even better, you can experience Voices in person. For the first time in five years, Yanni is returning to the stage in April to launch an incredible world tour featuring 50+stops throughout the US including Orlando, Atlanta, Philadelphia, New York City, Boston, Chicago, Denver, Dallas, Los Angeles, Las Vegas and more. Performances by Yanni, his world-renowned orchestra, and the four new talents from YANNI VOICES – Nathan Pacheco, Chloe, Ender Thomas and Leslie Mills, promise an AMAZING SHOW!

Finally, if you made it this far, bless you! But I wanted to end this with quote from Yanni that really encompasses how I feel about this album and my new appreciation for these amazing artists:

Next Post »Speechless Sundays – How to Blackmail Your Six Year Old 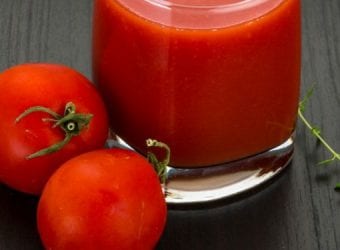 Did you know that it’s pretty simple to LOVE veggies? For more than 80 years V8 has celebrated the goodness of vegetables and fruits and they want the world to know and join their...

END_OF_DOCUMENT_TOKEN_TO_BE_REPLACED

Moms and kids just want to have fun and Rayovac has the power to make it happen! From June 21st through July 20th, Rayovac and 5MinutesForMom are empowering families to have fun through the...

END_OF_DOCUMENT_TOKEN_TO_BE_REPLACED

Store Return Policies | What You Need to Know Before You Go

Do you know the return policy for the stores that you shop at? If you are anything like me, you will most likely be shopping at some point during the holiday season. There...

END_OF_DOCUMENT_TOKEN_TO_BE_REPLACED

Pinkie Cooper MUST HAVE Dolls This Holiday Season

My girls have a new love. Something has replaced their Barbie dolls and they are part of the Pinkie Cooper family. They take their Pinkie Cooper dolls everywhere they go and they absolutely love them....