Among the line-up of landline telephones from VTech are cordless ones that come with answering machines. The VTech CS6859-2 is one of the more advanced and expensive ones. It consists of two handsets, with come with a large rectangular base (or console) for the phone system and a small recharging base.

The CS6859-2 is partly named after its Digital Enhanced Cordless Telecommunications (DECT) 6.0 digital technology. This update to the DECT protocol is supposed to be an advancement over 2.4GHz and 5.8GHz phone systems in terms of voice and sound quality, as well as greater protection against eavesdropping.

The base of the VTech CS6859-2 contains a keypad that is backlit, which means that it illuminates when keys are pressed. This is especially helpful during poor light conditions, or if placed in dimmer rooms. The phone base also functions as the built-in digital answering system of the VTech CS6859-2. It can store voicemail messages with a combined running time of up to 14 minutes. An indicator is included to notify you of voicemail messages waiting to be retrieved, which can be done from either the console or handset.

LCD screen displays can be found on the base and both handsets for caller ID, which reveals the name, number, time and date of incoming calls. The VTech CS6859-2 can store up to 50 names and numbers in its built-in phone book directory. Also included is the ability to redial any of the last ten numbers displayed on the caller ID.

GET MORE WITH YOUR VTECH PHONE

The dual handsets enables remote access, with the ability to go considerable distances away from the console. You can add up to 5 handsets to the CS6859-2 — with just one phone jack. There's a base speakerphone to allow speaking without the need to use any of the handsets. Included on the base is an ECO mode for power-conserving energy and consequent longer battery life.

FEATURES AT A GLANCE

· Digital Answering System – With up to 14 minutes of recording time, the digital answering system grabs calls when you can’t.

· Full Duplex Handset and Base Speakerphones – Enjoy a speakerphone that can keep up with your calls. Increase participation by allowing both ends to speak—and be heard—at the same time for conversations that are more true to life.

· Backlit cordless handset keypad and display – The entire keypad illuminates along with the LCD screen, allowing for easier viewing in dim light.

· Quiet Mode – Silence the ringer on the handset and base unit immediately, or for an extended period of time.

One lucky reader of The Divine Miss Mommy will win the handset pictured above along with a $100 Walmart gift card. How cool is that?

Robotics are a major part of our every day lives even if they are not right in front us. They assemble our automobiles, beam us information from other planets, and explore our deepest oceans....

END_OF_DOCUMENT_TOKEN_TO_BE_REPLACED See it. Stream it. Watch it all with the the Google Chromecast Streaming Media Player

See it. Stream it. Watch it all with the the Google Chromecast Streaming Media Player Are you someone who is thinking about making the switch from cable to streaming your favorite shows? Did you...

END_OF_DOCUMENT_TOKEN_TO_BE_REPLACED 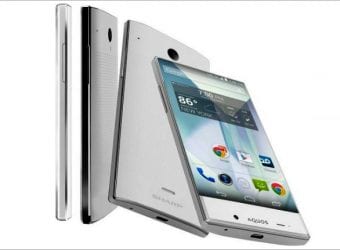 I participated in a campaign on behalf of Mom Central Consulting (#MC) for Sprint. I received a product sample to facilitate my review and to thank me for participating. As a Sprint Ambassador, I will share my...

END_OF_DOCUMENT_TOKEN_TO_BE_REPLACED 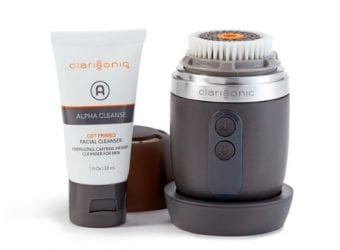 We all know that men have different skin than women, right? Men have thicker and oilier skin. I know that my husband does and we absolutely cannot use the same skin care products. Ever....