Seizing the Day at the Triathlon - Divine Lifestyle

Seizing the Day at the Triathlon

My kids are fairly competitive. They are seven and nine.

Three years ago that my son participated in his first triathlon. I say participated because he was just trying it out to see if he liked it. He wasn’t looking to place and didn’t even consider it a competition but he loved it!

His sister (five at the time) was too young to participate but watched from the sidelines telling me frequently, “I can do that” or “I am much faster than that kid.” She just wanted to be out there.

For the 7-9 age group, the kids run 500 yards, swim 50 yards and bike 1 mile. They don’t stop moving the second they jump in the pool until they cross the finish line as a runner.

I stress the importance of finishing something that you start. The timing doesn’t concern me as much as quitting. If you start something, I wholeheartedly believe that you should finish it. I try every day to instill this same value in my children.

The triathlon was last weekend. My kids made a bet with each other. The first one to finish would have to clean the others room for a month.

What is different about this year is that my son aged up meaning that he would compete at a different level.  He would run a mile, bike 4 miles and swim 100 yards.

On triathlon day, they pinkie-promised in the morning that the winner would have a clean room courtesy of the other kid. As my son ran off, he yelled to my daughter, “I double dog dare you to try to beat me. I know you can’t.”  A challenge was issued.

They both competed at different times but the event is timed for each kid as they were a timing chip strapped to their ankles. My son quickly finished and came over to cheer on his sister.

At the end of the day, we checked the times and I was completely amazed. They were within seconds of each other. Seriously.

Then my kids did something really amazing that almost brought me to tears. My son and daughter said they didn’t want to know. They were proud of themselves for competing and finishing. They said that they would both clean each other’s rooms.

I have some great kids. They are fiercely competitive, adventurous and they seize every day with such vitality that even I am jealous occasionally. I am proud of these kids.

Visit the Capri Sun Facebook page and upload a picture of your kids seizing the day for a chance to win up to $2,500.

This post is sponsored by Capri Sun. My kids have loved Capri Sun since I can remember. Their current favorite is Capri Sun Super V and that is the only juice drink they drink. They love the taste and I love that they get a combined serving of fruits and vegetables plus a good source of antioxidants, vitamins A, C and E.

Next Post »Week 3 in the I Heart Omron Fitness Challenge 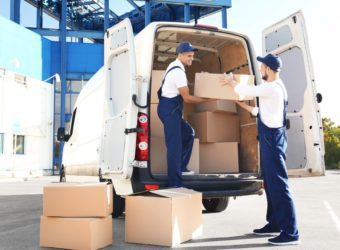 How to Move Smoothly

How to Move Smoothly Moving is an enormous task. It is often a source of discomfort tension, anxiety, and even discontent. But it doesn't need to be a source of frustration. You can move...

END_OF_DOCUMENT_TOKEN_TO_BE_REPLACED 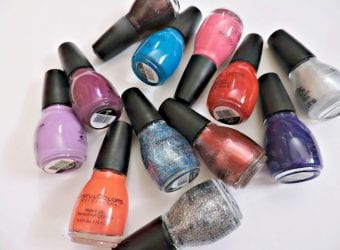 One of my favorite things to buy while I'm out and about is nail polish. Something about having my nails painted just really makes me feel so much more ladylike and I love to...

END_OF_DOCUMENT_TOKEN_TO_BE_REPLACED

This is a sponsored post written by me on behalf of Sudafed. As a leader in sinus pressure pain and cold congestion relief, Sudafed realizes that these symptoms often leave people feeling crushed, beat...