Last year was my first visit ever visit to Puerto Rico. I had thought about visiting before, had lots of friends tell me that it was amazing but for some reason, a visit just never worked out in my travels. Until last year.

Puerto Rico was one of the Ports of Call (stops) that our cruise ship was making during our week long cruise. I began to research much like I do before taking any vacation. The first thing that I did was visit SeePuertoRico.com and then start planning my trip.

These reviews will make you want to See Puerto Rico and live your own 5-star vacation story in Puerto Rico. From relaxing beaches to the impressive Camuy caverns, this beautiful island has something for everyone. We spent the entire day touring the island, swimming on the beaches, eating like locals and just soaking up the sun

WHAT YOU CAN EXPECT IN PUERTO RICO

-Puerto Rico has 270 miles of coastline and featured in the Top 10 beaches from Travel Channel — including Flamenco Beach in Culebra, often cited as one of the best beaches in the world.

– You can glow like an angel in the water in the Bioluminescent bays.

– You can visit the only rainforest under US national park service, El Yunque, and climb to the clouds.

– Adventurers can enjoy horse back riding or the magnificent Camuy caverns that runs through the 3rd largest subterranean river in the world.

-Foodies can experience the delicacies of Puerto Rican gastronomy and it’s famous Rums.

1. In Puerto Rico, Spanish and English are the official languages; most Puerto Ricans speak English.

2. Puerto Rico is a U.S. commonwealth and the U.S. dollar is the official currency; U.S. citizens don’t need a passport or a currency converter!

3. El Yunque is the only subtropical rainforest in the U.S. National Forest Service, a place so indescribable that it must be seen, heard and felt. It’s one of our must-visit destinations.

4. More than 70% of the rum sold in the U.S. comes from Puerto Rico; sample our favorite local brands and enjoy a tour of our rum distilleries.

5. Puerto Rico houses the world's largest single-dish radio telescope, spanning almost 20 acres. It’s the only radio telescope that can accurately predict when and where an asteroid might collide with Earth, and was responsible for the first asteroid images in history.

6. Toro Verde features the longest Zip Line on Earth: La Bestia. It uses a specially designed harness to soar through the air across 4,745 feet of terrain.

Places to Go, People to See – Orlando Here We Come!

Orlando is a favorite destination of my family. We travel there three to four times a year because it is about a six hour drive (ten if you add the bathroom and snack breaks)....

END_OF_DOCUMENT_TOKEN_TO_BE_REPLACED 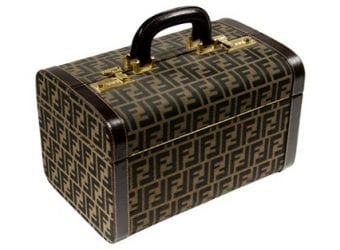 Travel in Style with One Kings Lane

END_OF_DOCUMENT_TOKEN_TO_BE_REPLACED 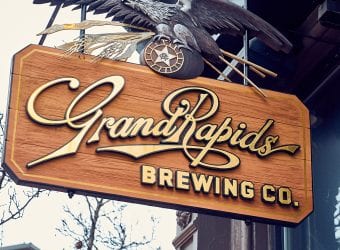 END_OF_DOCUMENT_TOKEN_TO_BE_REPLACED

Car trips can get pretty boring pretty fast, especially for kids. If you don’t prepare things for your kids to do during a long car trip, you’re probably going to be bombarded with a...