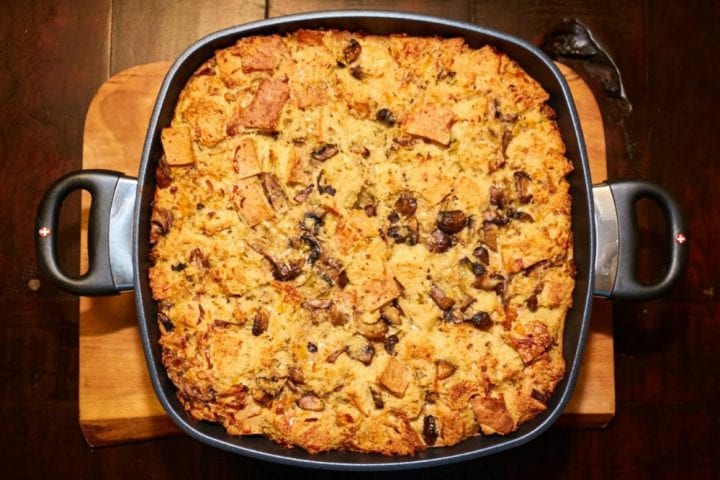 With Thanksgiving coming up, we are spending a lot more time in the kitchen. Cooking is always relaxing for me and no more so than around the holidays. I love baking for family and friends. Making things for other people is such a fun thing to do. This Mushroom Bread Pudding Recipe will seriously wow your guests. It is hearty and decadent plus will have every guest asking for seconds. Our casserole was gone in a matter of minutes. Our son tasted it on the way to table and then circled back to get a second helping. He had only eaten one bite but knew he wanted more. It's that good! 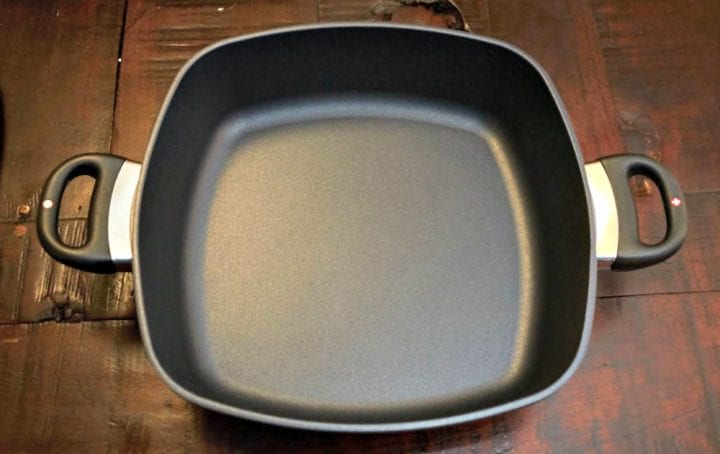 We made this delicious casserole in the 5 quart Nonstick Square Casserole with Lid (11 x 11) by Swiss Diamond. This dish quickly became a favorite of ours once we received it. It is incredibly versatile and works perfectly for our family of five. It seems that my husband keeps finding things to make in it. He just made fresh cinnamon rolls tonight! 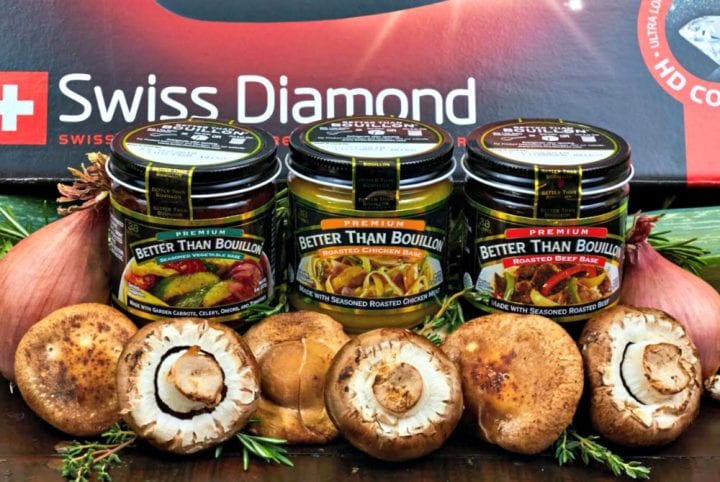 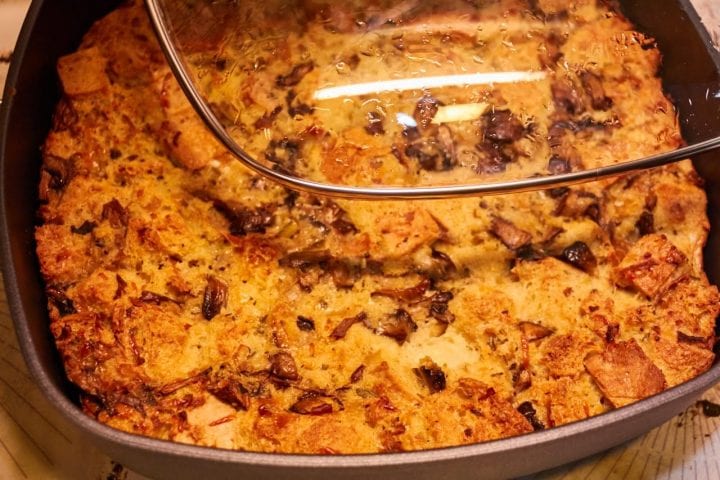 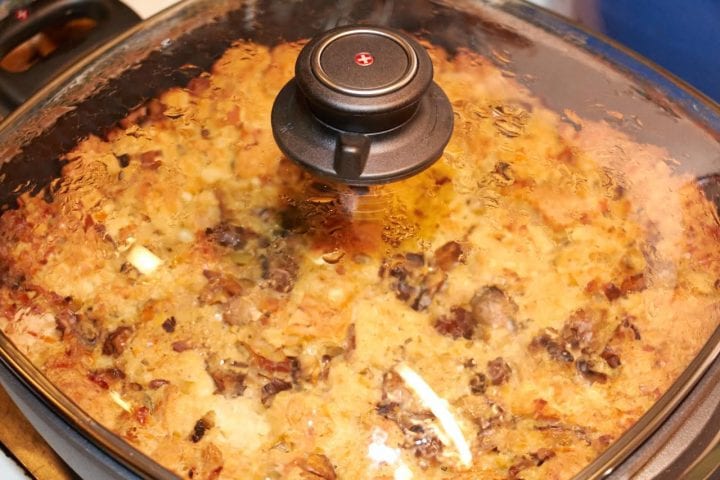 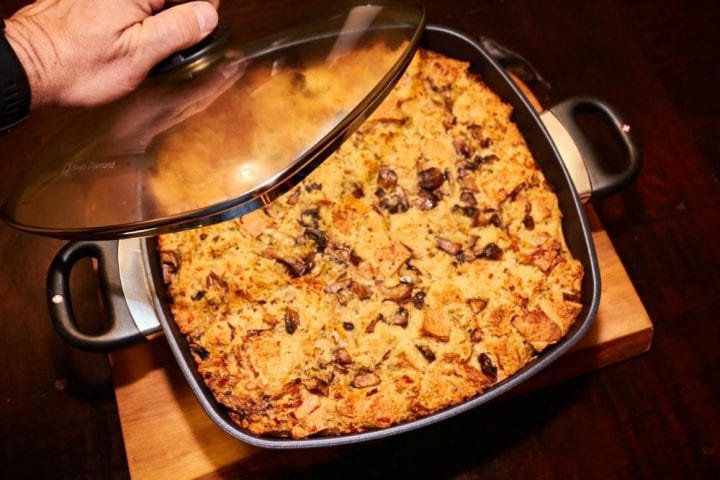 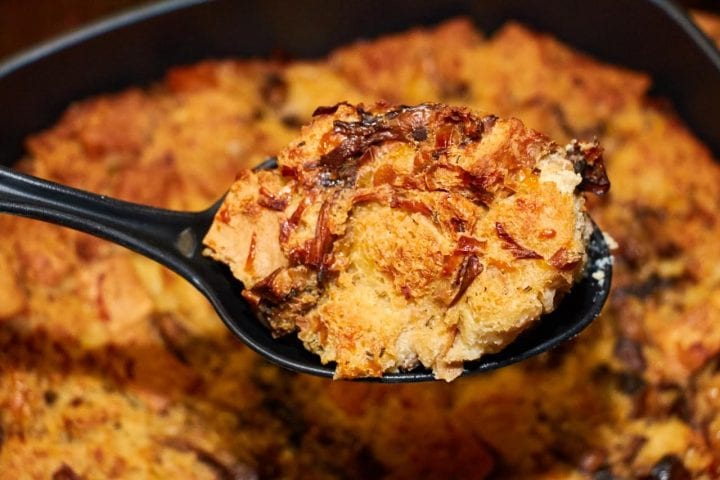 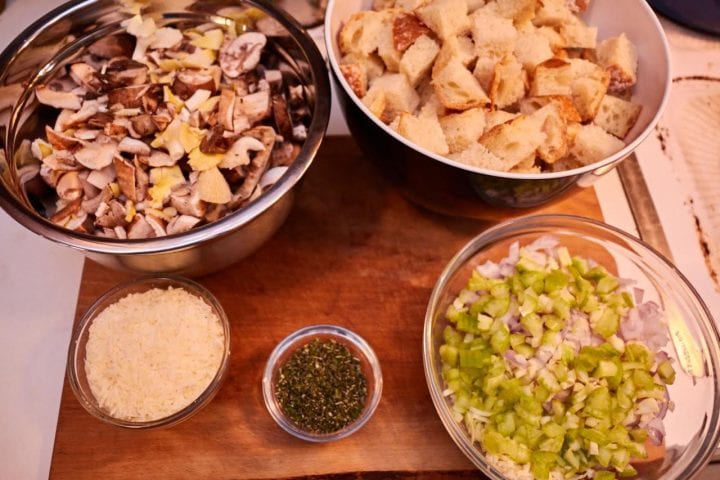 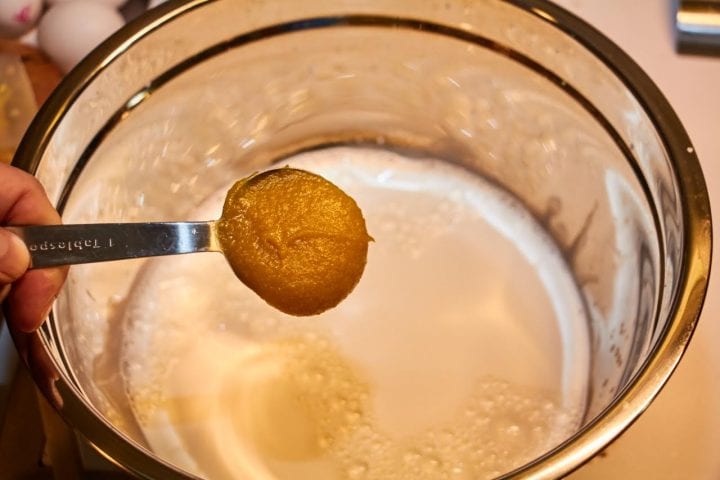 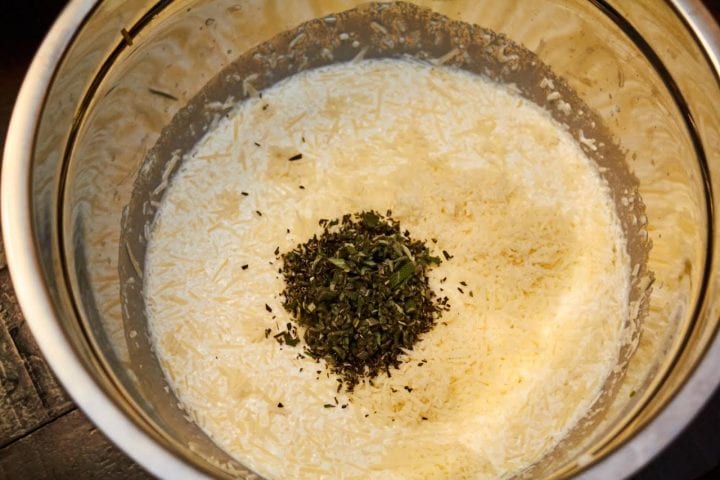 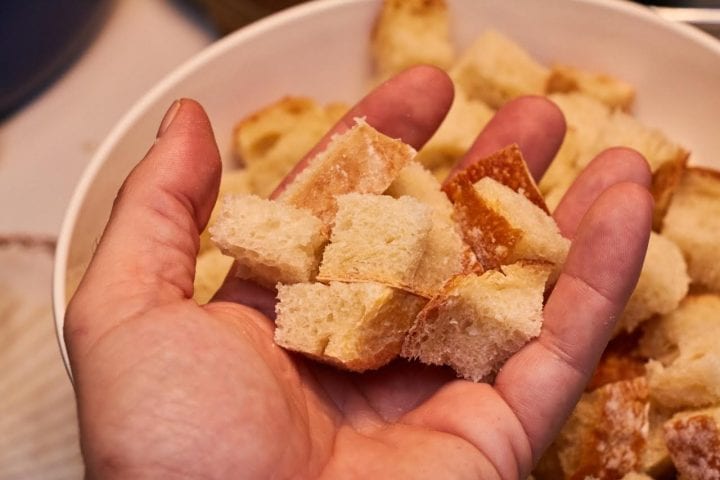 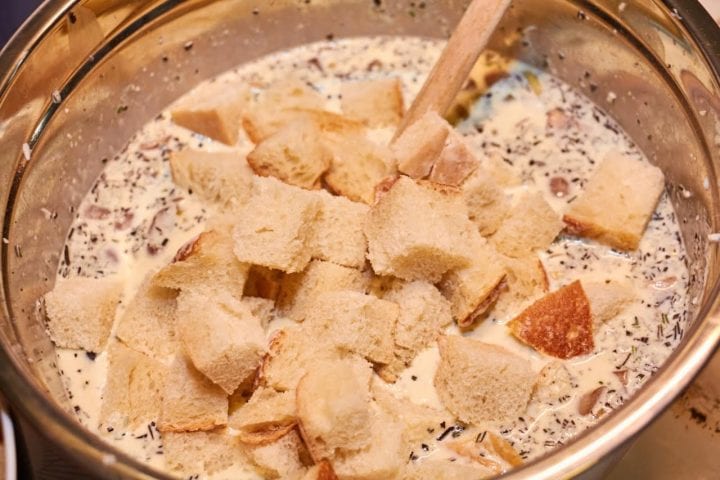 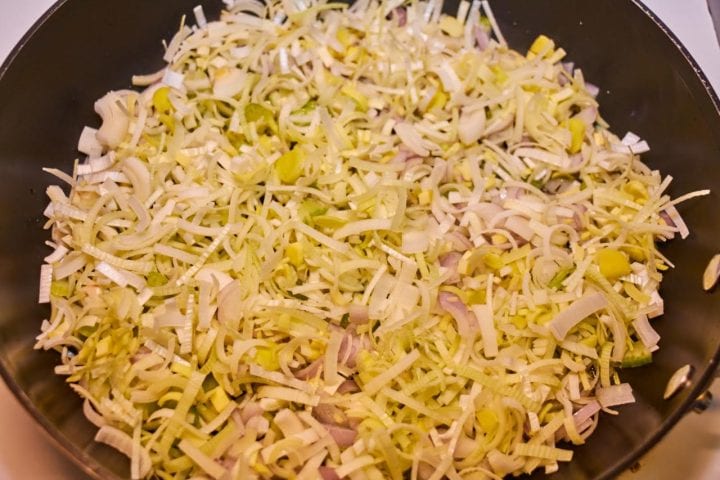 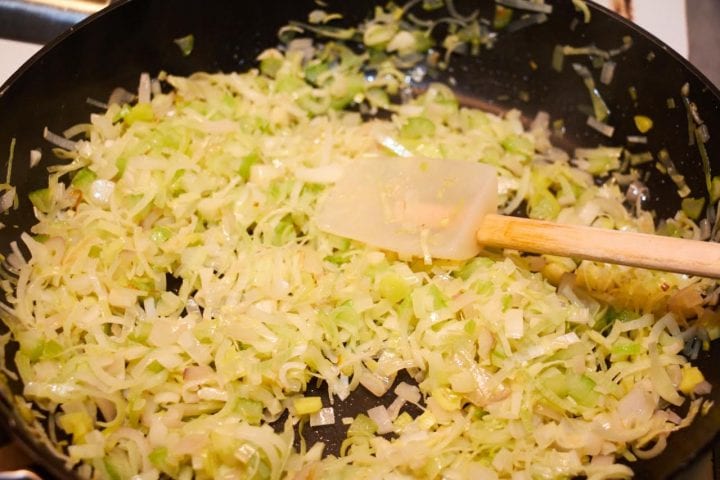 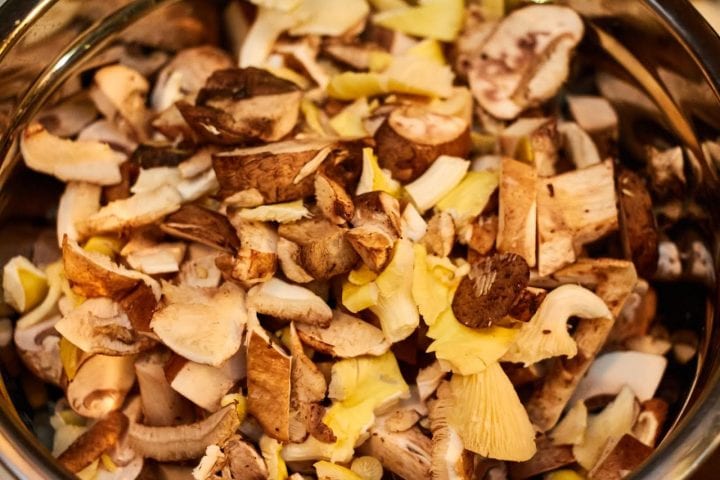 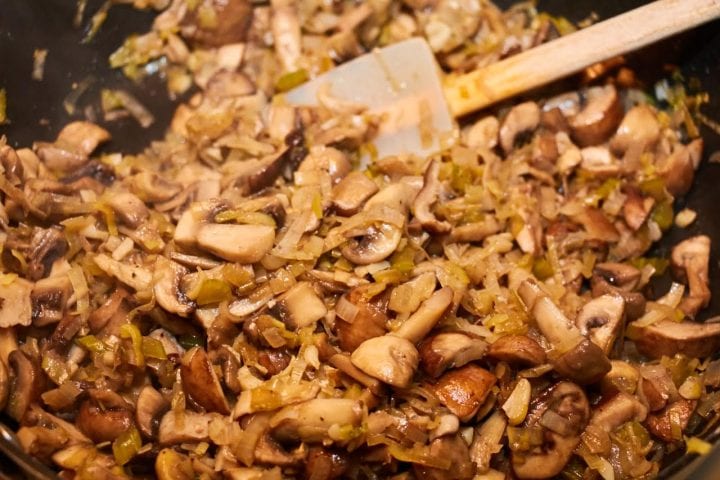 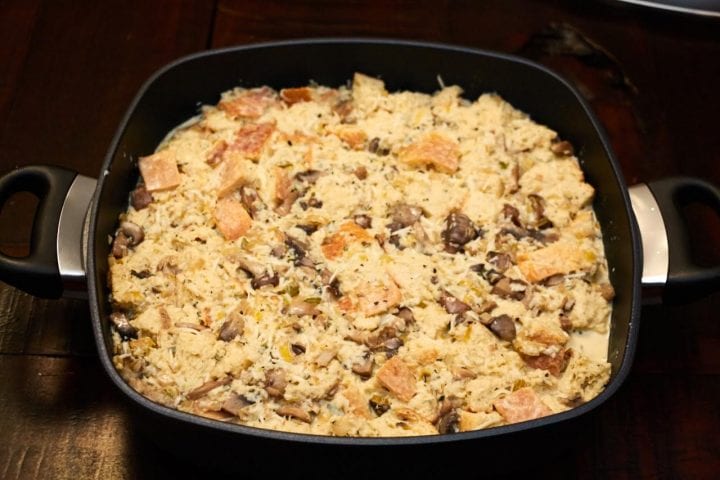 We hope you enjoy this recipe for mushroom bread pudding and love our Savory Mushroom Bread Pudding Recipe. If you need more inspiration, check out our Quick Apple Pullover Recipe! 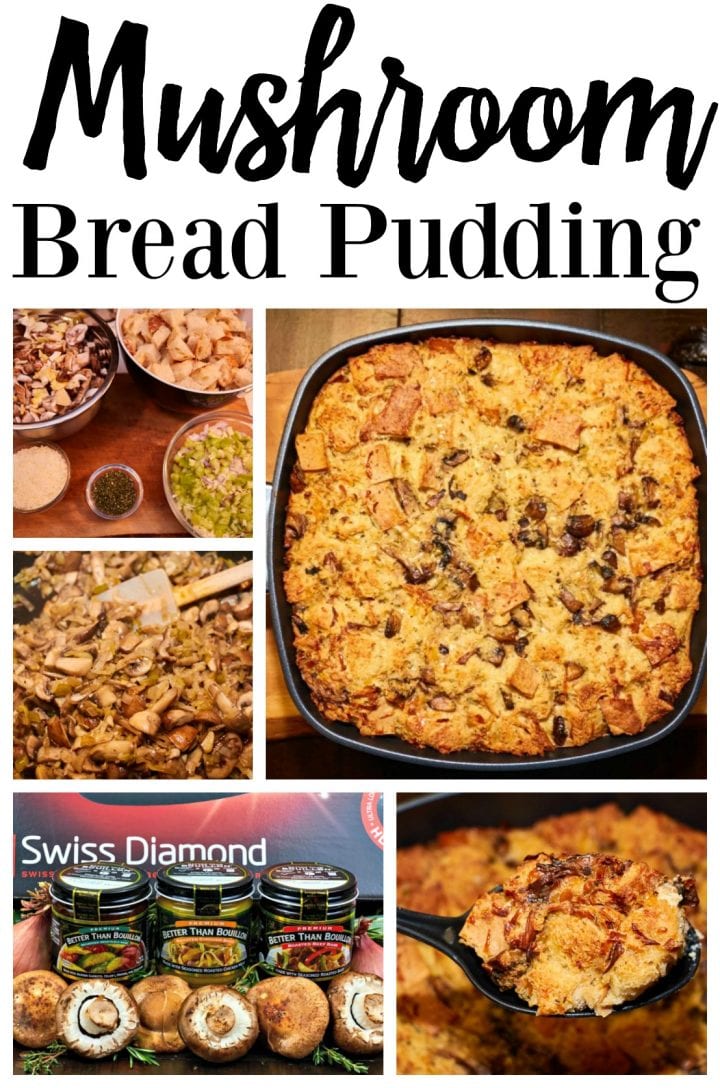 Unique Thanksgiving Side Dishes Your Thanksgiving dinner will be enjoyed by a group of your closest family and friends.  While you will have the traditional foods, it can be a nice change to include...

END_OF_DOCUMENT_TOKEN_TO_BE_REPLACED 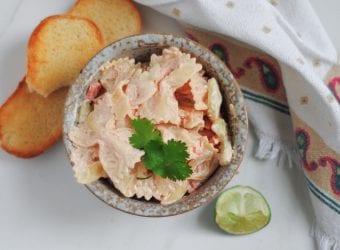 Cold Creamy Pasta Salad There is no greater comfort food than a delicious salad especially when you are looking for something savory. A pasta salad or really any kind of salad can be eaten...

END_OF_DOCUMENT_TOKEN_TO_BE_REPLACED 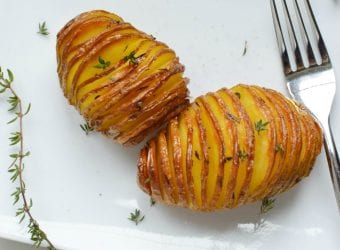 Hasselback potatoes recipe Potatoes are one of my most favorite things. I love almost anything that you can do with potatoes. In fact when my mother was pregnant with me, her number one craving...