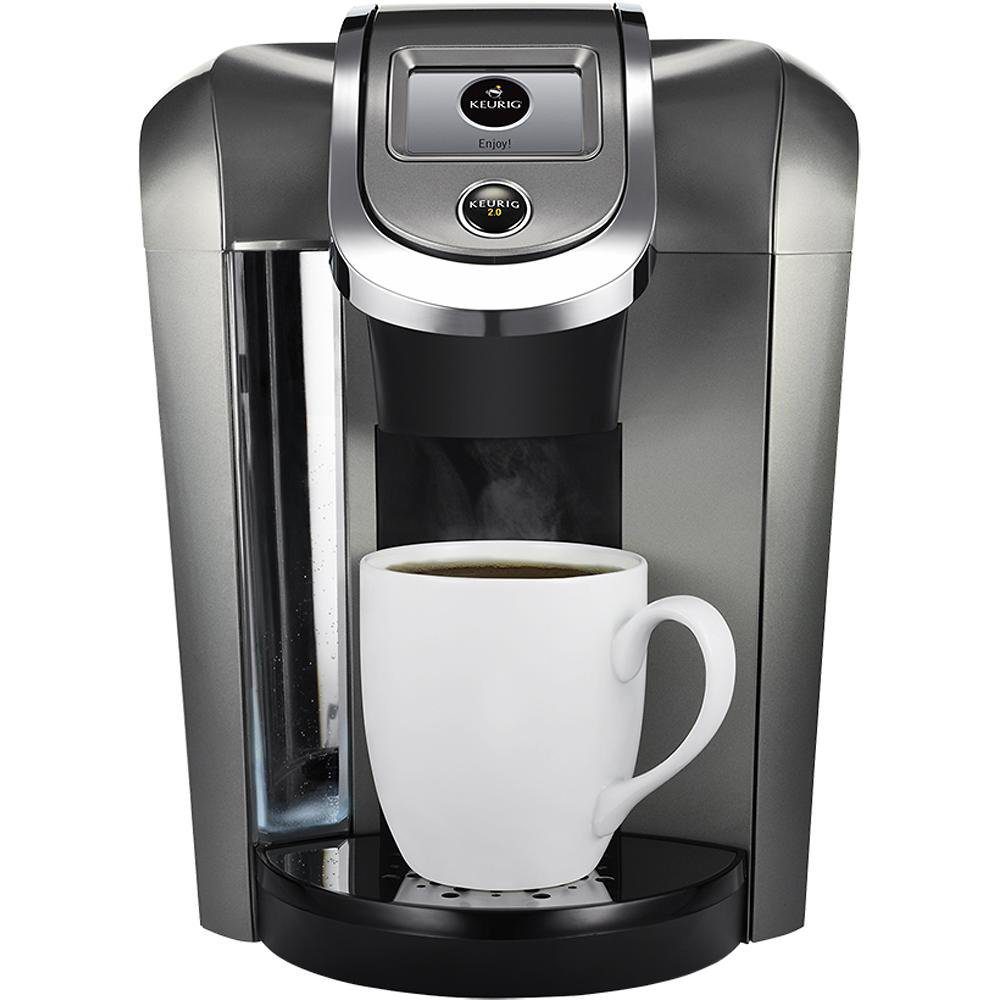 is one of Keurig's newest offerings that adds a little more flexibility to the Keurig brewing system. As well as the system's usual one cup brewing method, this machine also includes a four cup carafe, which uses specially designed larger K-cups.

The 2.0 machine series was introduced as a way for Keurig to reclaim its market share after its largest K-cup producer, and now owner, had its patent expire in 2012. That led to a lot of low-cost producers rushing into the market and making their own K-cups for the machine. With this new series, old style K-cups will not work. Further, the 4-cup style is completely new. The other item that does not work with the 2.0 series is the reusable cups that allow for custom ground coffee in disposable filters, such as My K-Cup. If an incompatible cup is placed in the brewer, the touchscreen throws up an error and does not continue brewing. 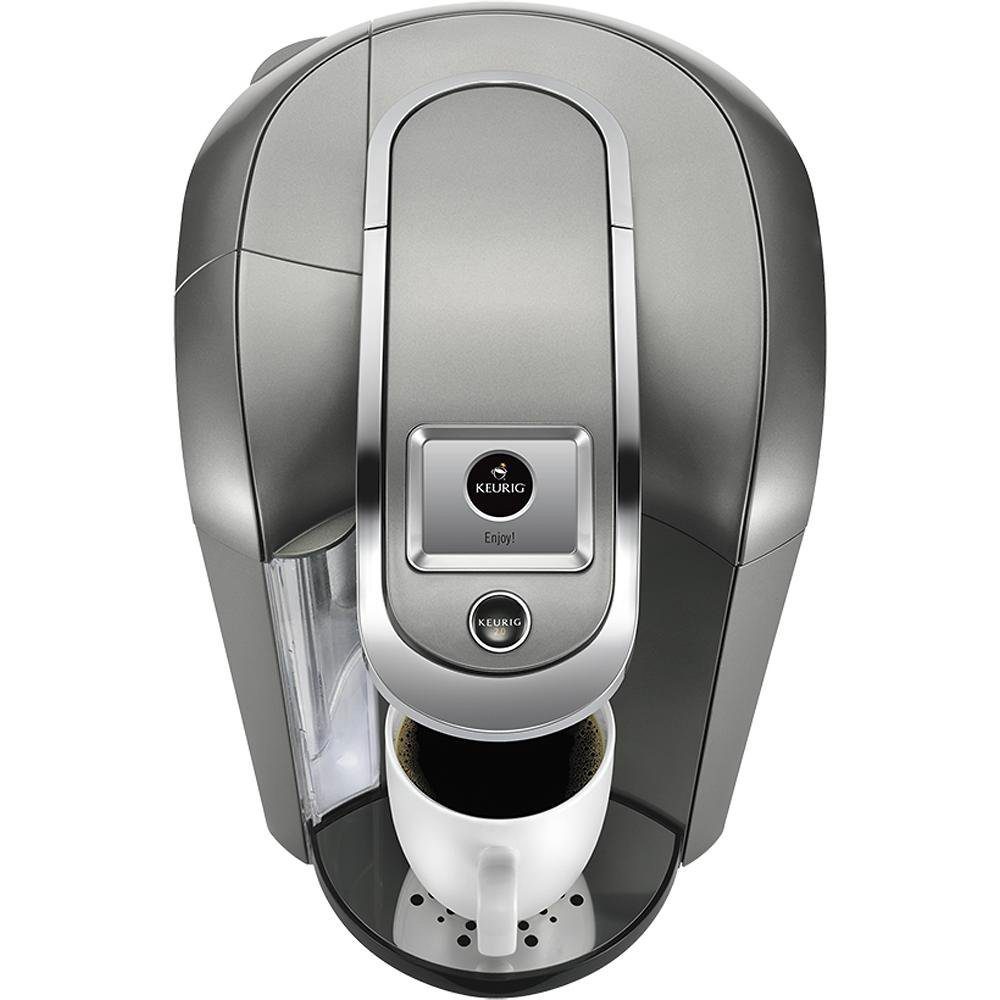 The Keurig K550 2.0 Brewer has a removable, 80 ounce water reservoir on the side and a 2.75 inch color touch screen on the front. The removable reservoir allows it to be filled up via a sink. The touch screen shows the time and offers brewing options when the machine is started. It allows four different background colors for the screen and includes an option to illuminate the reservoir when it's dark. The color of the machine is black and gray plastic with silver metallic trim. The base can be removed and doubles as an overflow tray that can hold eight ounces of liquid.

The primary benefit of the Keurig K550 2.0 Brewer is brewing coffee on demand, eliminating coffee getting old and stale in a pot. Even the four cup carafe works in that fashion as it is meant to be used for multiple people and getting four cups at once. The Keurig system generally appeals to people who want individual cups of coffee and not an entire pot. They work well in offices, dorms and hotel rooms. 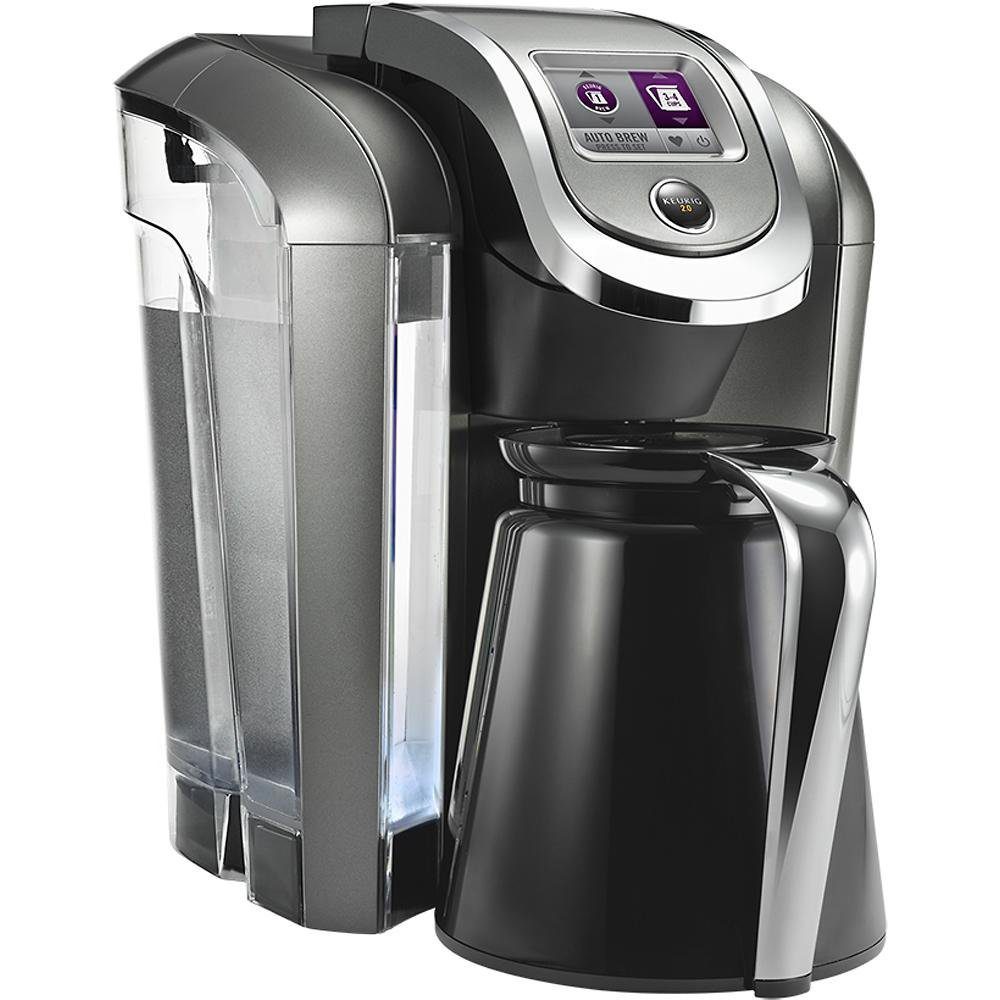 For beer aficionados, there is nothing quite like a beer fresh from the tap. Beer on tap provides the drinking experience the brewer intended, with a full, bold flavor unaffected by a long imprisonment...

END_OF_DOCUMENT_TOKEN_TO_BE_REPLACED 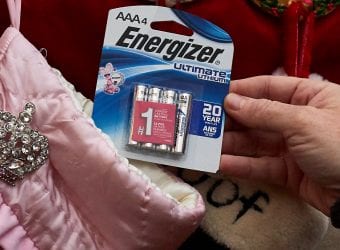 Powering the Holidays with Energizer

END_OF_DOCUMENT_TOKEN_TO_BE_REPLACED

The Roomba 870 from iRobot is a small vacuum-cleaning robot that can clean many different floor surfaces. It can suck up dirt and other material from hardwood floors, deep carpet, and anything in between...

END_OF_DOCUMENT_TOKEN_TO_BE_REPLACED 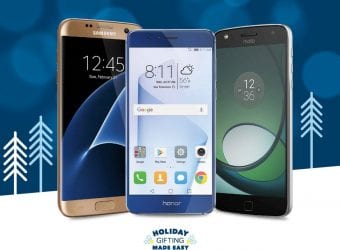 Unlocked Smartphone Savings Event at Best Buy #bbyunlocked For years, I had absolutely no idea what an unlocked smartphone even meant. Until I became a traveler and then I realized how much easier it...