An interview with Dr. Jeffrey I. Dolgan, Senior Psychologist at The Children’s Hospital, Denver. Dr. Dolgan shares tips for easing kids through the holiday without any major meltdowns.

What do the holidays mean to children?

The holidays mean different things at different ages. Three or 4-year-olds don’t get the Christian meaning of Christmas, but they do get Santa Claus. They understand that they’re going to get some presents. It’s a time of imagination.

What is the idea of Santa Claus like for a 4-year-old?

Santa Claus is the giver of all good things. This is especially true if children have been to the mall and met Santa Claus and told him what they want.

What do 4-year-olds expect at Christmastime?

Kids are precise about what they want. It’s not a video game, it’s this particular video game. It’s not an action figure, it’s this action figure. They expect these precise things, especially if they wrote it down or visited Santa Claus. Children come to expect that all kids should have these toys, especially if the ads instruct them to, “Tell Mom and Dad” or “Make sure to mention this to Santa Claus.”

What should parents do when a child doesn’t get what he or she wanted?

The idea is that it’s not about getting, it’s about giving. Families can plan to volunteer at a shelter – or whatever it might be – to open up kids’ eyes to the fact that there are needy people. Parents can say: “This has been a tough year and many boys and girls have mommies and daddies who lost their jobs or are having a hard time staying in their houses. We can help Santa by doing some things that he would do because he’s having a very hard time providing all the food and clothes.”

If families are struggling financially, parents can also talk about “Santa dollars.” They can explain that Santa has just so many dollars to spread across many families, so he has to do different things this year, like giving food and clothing instead of toys. Everybody’s not going to get exactly what they want and it’s important not to be apologetic about it.

Is it good for kids to deal with disappointment?

Yes. These are the building blocks of personality. Dealing with disappointment means both managing expectations and identifying feelings. Unless you master disappointment or an upsetting event early, it will be much more difficult to deal with it later on. Children who grow up without any disappointment become entitled and narcissistic. And that’s very hard to treat. Those who are truly entitled think everything comes their way and nothing goes the other. They think they’re the center of the universe. When someone thinks that way, who can they share with?

Kids should use their words instead of “behaving out” what they feel. In our groups here at Children’s, we use a five-step-process called the Assertiveness Formula of Good Communication to help kids – even little kids – express their feelings. We say something like, “When ____ happened, I felt ____ because ____. I would like ____ and in return Mom and Dad get _____.” This teaches children the importance of compromise and thoughtfulness and the idea of alternatives.

What life lessons do kids learn at the holidays?

Why is that good for kids to have myths?

I think it’s good to have a symbol and to believe. This is the beginning of a belief system, which we all need so we have something to hang on to later on. For little kids, it’s something to look forward to. If they disbelieve, they can become negative and they lose a kind of charm.

When is it appropriate for a kid to stop believing in Santa Claus?

I think it’s appropriate to believe in something about Santa Claus forever. There’s a lot of charm about this.

How can parents manage children’s free time during the holidays?

The holidays are a break from school, which we know is very structured. So when kids are home, parents should think through a day-by-day schedule. A child may beg Mom to go somewhere that day and Mom can respond by saying, “Not today, we planned that for Friday.” Map it all out and make a calendar. The other thing is to involve kids in the family lore and traditions. This keeps them busy and keeps the family heritage alive.

What do the holidays mean to the public in general?

The holidays are a time of family and togetherness and inviting in. If things have not been particularly wonderful then it’s amplified around holiday time. There could be a strange relationship with the kids’ grandparents, for example, and they pick up on that. Parents have to be careful about who they invite in and for how long.

How do parents control who comes in the house or comes to the family gathering?

It’s very hard because the primary concerns are about safety and security for their kids so that should come first, not a sense of obligation. Parents need to anticipate the behavior of their guests.

How do parents deal with that when there are family politics involved?

If there are two partners, then they should talk it over. The house is sacrosanct and you get to decide who comes in and out. If there’s someone who wants to come but you don’t want her there, then do something else with her.

What should parents be aware of during the holidays?

One that I always talk to parents about is the difference between “act” and “person.” The song lyrics say, “He sees you when you’re sleeping, he knows when you’re awake, he knows if you’ve been bad or good…” A lot of parents talk about a “bad” child. They’re making a big mistake. They’re not talking about behavior. Good people can do bad things and bad people can do good things. I like that lyric because it’s about behavior.

For more questions about the holidays or child psychology, please visit www.thechildrenshospital.org

Next Post »Inside the Disney Dream: The District; adults-only nightlife area (sneak peek) 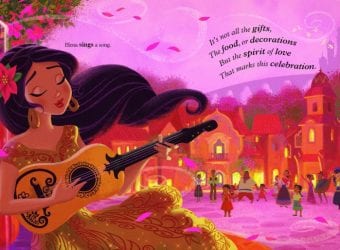 Thanks to Disney for sending me the book, and for providing a prize pack!    Elena of Avalor: Feliz Navidad #ElenaofAvalor #Giveaway Lovers of Elena of Avalor will delight with the latest book in the...

END_OF_DOCUMENT_TOKEN_TO_BE_REPLACED 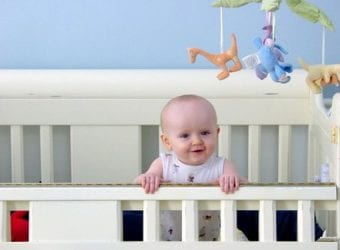 World Prematurity Day ~ What You Should Know About RSV

I participated in an Influencer Activation on behalf of Influence Central forMedImmune. I received product samples to facilitate my review as well as a promotional item to thank me for my participation. I have...

END_OF_DOCUMENT_TOKEN_TO_BE_REPLACED 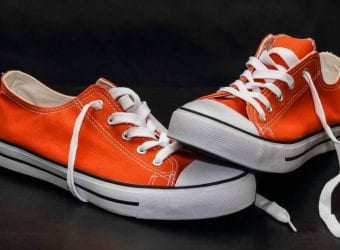 The Orange Shoes We didn't have a lot of money when I was growing up. We weren't poor exactly… We were fed and clothed and took the yearly family road trip. But what we...

END_OF_DOCUMENT_TOKEN_TO_BE_REPLACED 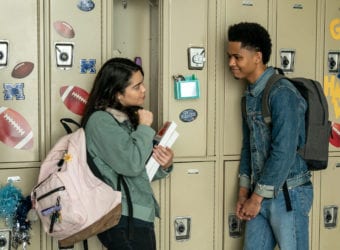 Family Movie Night: All Together Now Available on Netflix

Family Movie Night: All Together Now Available on Netflix There are so few movies that we watch as a family that are wholesome, entertaining and an all around good story with a good message....