Come on, Charles Grodin? Yep, he has joined the ranks of those memoir writing celebrities. I really enjoyed this book because I have always enjoyed the dry wit of Charles Grodin.

In his candid and engaging new book HOW I GOT TO BE WHOEVER IT IS I AM, successful actor, author, and activist, Charles Grodin, looks back at the major events and private moments that have shaped his life. And, since Grodin is one of the best storytellers around, he can't help but entertain while offering insight gained from a wealth of experience.

The combination of being impeached as class president by his fifth grade teacher (and then winning many school elections thereafter) with being thrown out of Hebrew School for asking too many questions (only to find a much better teacher as a result) informed Grodin's view of himself and made him adept at dealing with rejection–an important skill for an actor. Grodin's success in plays in high school and adventures in college theater led him to a career in acting, studying with the great teachers like Uta Hagen and Lee Strasberg.

Grodin's greatest work isn't limited to stage and screen, however. He has been an award winning talk show host and commentator on Sixty Minutes II, and he reveals insights about the political and personal side of journalism and some of the larger-than-life characters he's interviewed.

Grodin shares behind-the-scenes tales of working on plays like Same Time Next Year and movies like The Heartbreak Kid and Midnight Run–even how close he came to playing the lead in The Graduate. His stories feature the many actors, directors, writers, and producers, with whom he's worked, such as Robert DeNiro, Dustin Hoffman, Johnny Carson, Orson Welles, Warren Beatty, and other colorful characters.

But it is Grodin's tales of the lives he's helped save with his relentless advocacy work that make you realize what a great guy Charles Grodin really is. We are lucky that the nice guy his friends call, “Chuck” brings us along to share a little of his journey of how he got to be who he really is!

Something super cool about Charles Grodin: The author is donating 100 percent of his royalties from sales of this book to Mentoring USA, a New York City based nonprofit that forges powerful, transformative connections for young people through the advocacy and involvement of mentors.

« Previous PostWhat Would You Do Over in Your Life?

Next Post »The Lazy Environmentalist on a Budget Book Review

DISCLAIMER: This is not really wordless. Last week, it was official. The last day of school before Christmas. This means everything is usually crammed into one day. Parties, activities, pretty much anything that can...

END_OF_DOCUMENT_TOKEN_TO_BE_REPLACED

I am always skeptical of any kind of food that touts itself as being low in calories or diet. To me, this almost always mean that taste has somehow been sacrificed. I had the...

END_OF_DOCUMENT_TOKEN_TO_BE_REPLACED 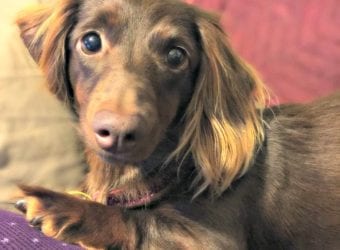 This is a sponsored post written by me on behalf of Adams™ Flea & Tick Control Products. Here in Georgia, we get some seriously warm weather and with that warm weather seems to come...

END_OF_DOCUMENT_TOKEN_TO_BE_REPLACED

Ms.Claus Tunic Show off your holly jolly spirit by handing out candy canes and flaunting this Santa-inspired sweater at your best pals holiday get-together! Resembling the red, belted top of the famous gift giver,...