How to Raise a G.I.R.L. Go-getter Innovator Risk-taker Leader 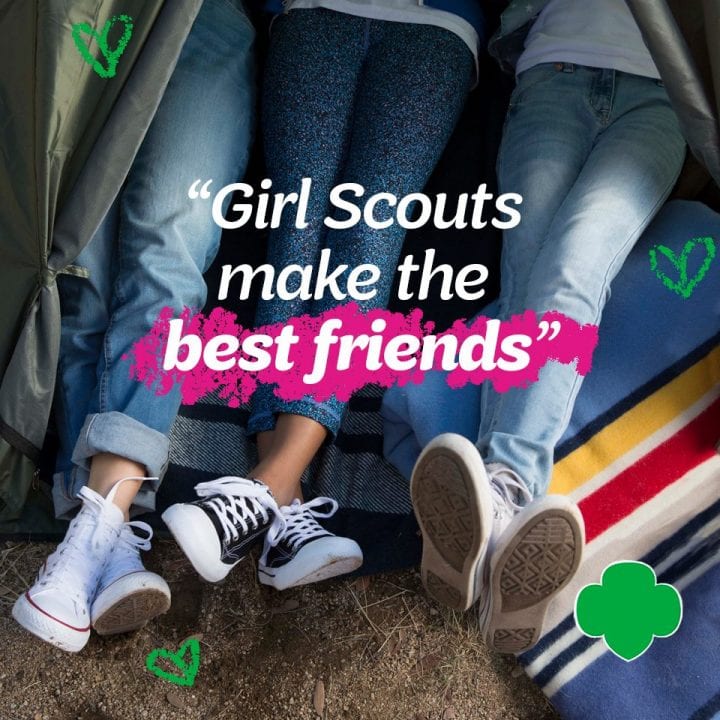 This How to Raise a G.I.R.L. Go-getter Innovator Risk-taker Leader is sponsored by the Girl Scouts.

How to Raise a G.I.R.L. Go-getter Innovator Risk-taker Leader

I’ve been a Girl Scout since age 7!  We spent years taking field trips, talking to industry professionals, completing projects, traveling and so much more. My sister and I also went to Girl Scout camp every summer for as long as our parents would let us. Some of my fondest memories growing up are because of Girl Scouts and to this day, I am still friends with several of the girls that were in my troop. The things that I learned as a Scout have helped me in life and I can 100% attest to the fact that being a Girl Scout shaped me into the leader that I am today. We hope that you enjoy our How to Raise a G.I.R.L. Go-getter Innovator Risk-taker Leader post. 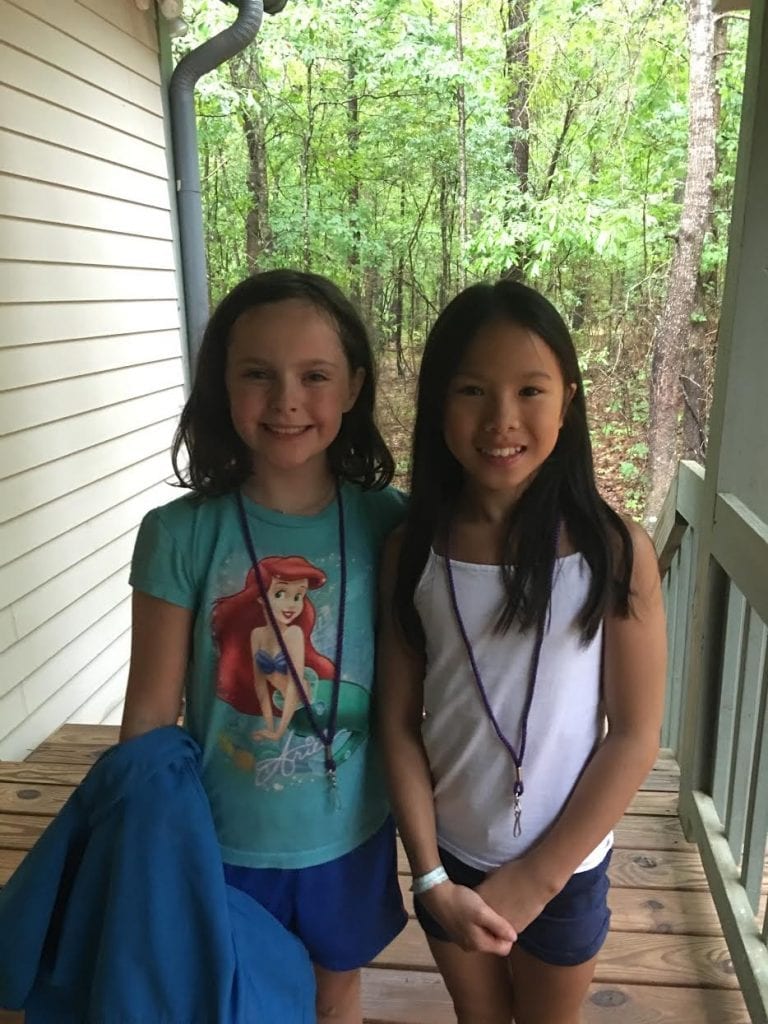 Fast forward 25 years or so and my girls are in elementary school. They both want to be Girl Scouts and since troops did not already exist, I found a few mother's and we started troops for both girls. We started with Daisies and worked our way up to Cadettes. Being a leader just like my mother has been one of the most amazing experiences in parenthood. It’s the chance to shape and mold girls with the same activities that I grew up participating in. Plus it's with an organization that I love. The Girl Scouts.

According to the World Economic Forum’s “Outlook on the Global Agenda, 2015,” a lack of leadership is among the top three global challenges. Key skills like risk-taking, innovation and empathy have been declining in recent years. In addition, the traditional view of leadership continues to lock out women and people of color. Women have outnumbered men in college since 1988 and in earning undergraduate business degrees since 2002, yet they still represent just 10 – 20% of all leadership roles (depending on industry). Through the Girl Scouts, we can change that! 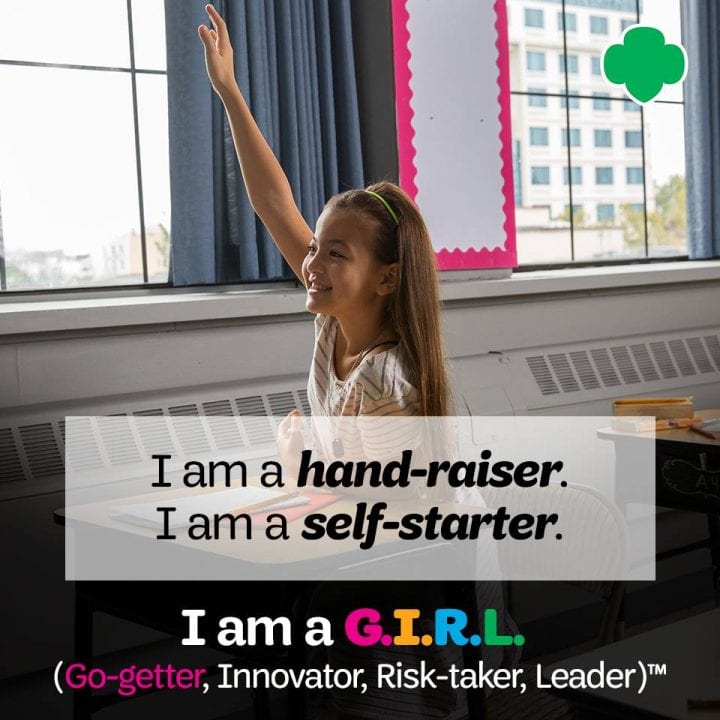 As the world’s largest youth leadership organization for girls. In the US, Girl Scouts has been preparing girls for leadership since 1912.Girl Scouts builds girls of courage, confidence, and character; prepares girls to empower themselves, and promotes leadership, entrepreneurship, and active citizenship through activities and badges involving community service and skill-building.

Girl Scouts is challenging leadership stereotypes and promoting Girl Scouts’ unique vision of leadership like a G.I.R.L. which promotes awareness of the importance of girls’ leadership and the types of leadership most needed today. Representing the leadership potential of every parent and professional, adult and adolescent, this campaign focuses on the potential that is realized by practicing grit like a go-getter, problem solving like an innovator, embracing new things like a risk-taker, and engaging with empathy like a leader. It is the power to empower oneself and demonstrate through action every day. Girl Scouts have found strength in numbers and they plan to rally the Girl Scout Movement with media partners, nonprofits, sponsors, corporations, and influencers in a nationwide initiative to elevate every voice in advancement of girls’ leadership and status in the world. As we all unite with the Girl Scouts to prepare more girls to lead, we increase the number of women in leadership positions and everyone wins.

Now comes the fun part. Let me show how much my girls have learned from being Girl Scouts and how they are completely G.I.R.L.s. They are both go-getters, innovators, risk takers and leaders.

Go-getter: My girls created a flyer so that they could earn extra money by doing jobs around the neighborhood. They are both hustlers who love to help others and earn money doing it.

Innovator: My middle child wanted to do something for kids who didn't have money to buy backpacks. She started a small, non-profit where she gathers backpacks from friends and family then takes them to school children in need. She saw a need for something and filled it.

Risk-taker: Both girls have started business, pushed themselves to do something that they were scared of (camping overnight in the woods and ziplining) and have found ways to put themselves out there in the name of helping others.

Leader: My youngest child asked me for the American Girl book on how to deal with bullies and conflict. I bought her the book and she took with her to school so that she could talk to the bullies who were picking on a few friends of theirs. She created a lunch group where anyone who feels bullied can come sit with her or play with her at any time. She leads this group daily and actively looks for other members who could use a friend. 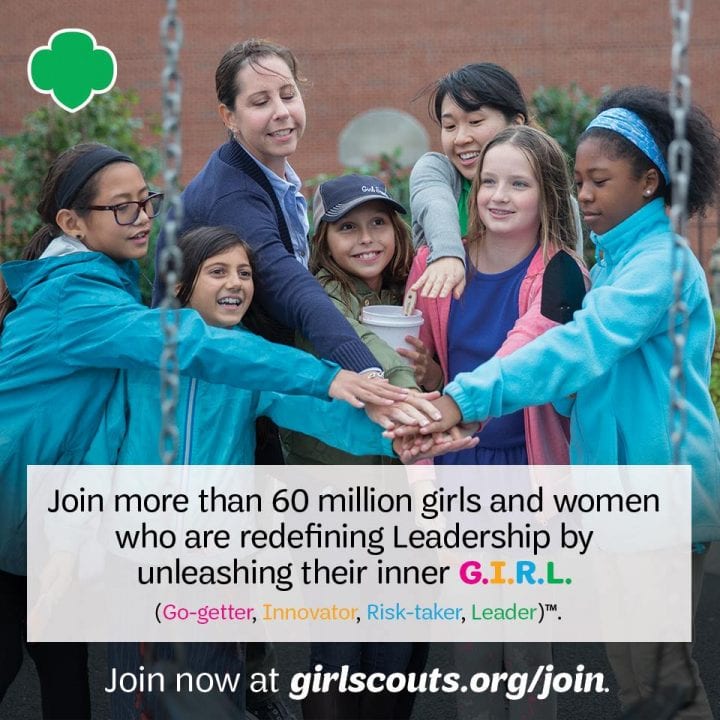 Get social with the Girl Scouts

Do you believe in the power of G.I.R.L.?

Before having children, I never gave poison or poison control in my household a second thought. Now as a mother, it is something that I constantly worry about. There are things all over my...

END_OF_DOCUMENT_TOKEN_TO_BE_REPLACED 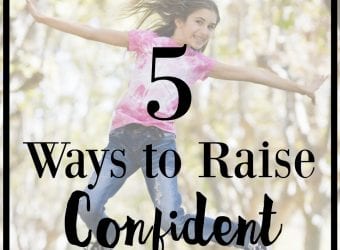 END_OF_DOCUMENT_TOKEN_TO_BE_REPLACED

Can bottle-feeding be a good alternative to breast milk?

Can bottle-feeding be a good alternative to breast milk? For harmonious development and good health, your baby needs your love and care, as well as good nutrition. A balanced diet for infants promotes the...

END_OF_DOCUMENT_TOKEN_TO_BE_REPLACED

Modern Manners Monday – Dealing with a Tattletale – Need Your Advice

Let's face it, good manners are at the top of the list for many mothers when it comes to our kids. Manners are one of my biggest issues with my three children (ages 7,...