We are movie lovers in this family. We see several movies each month and often meet other family members to see movies together. That is something that my family and my husband's family loves to do. It was great that we had this in common!

One of the fun things about Halloween is dressing up as your favorite movie character. This year, we are all going as Ghostbusters.

Beginning today, families can share their movie-inspired costumes in Fandango Family’s “My Movie Costume Contest” for the chance to win one of four prizes, each consisting of $500, plus a year’s worth of Fandango movie tickets.  To enter, families can post their costume pictures on Instagram with one of four costume categories for Most Original, Spookiest, Best Superhero and Best Animated Character.

Costumes will be judged by Fandango Family bloggers Raijean Stroud of swa-rai.com, Stacie Connerty (me) of thedivinemissmommy.com, Mitch Chaitlin of gaynycdad.com, and Vera Sweeney of ladyandtheblog.com.

Throughout the Fandango Family Costume Contest, fans can enter by posting their costume pictures on Instagram with the appropriate category hashtag AND follow and tag @Fandango. The winners for each category will win $500 cash and a year of movie tickets (valued at $500.00)

The contest runs from 10/9 and the winner will be announced on or around 11/3. Fandango will be choosing the top 10 in every category and then sending to the judges for the final vote.

Complete entry instructions and contest rules can be found at www.fandango.com/moviecostumes.

Fandango, the nation's leading moviegoer destination and a unit of NBCUniversal, sells tickets to more than 24,000 screens nationwide. Fandango entertains and informs consumers with reviews, commentary, celebrity interviews and trailers, and offers the ability to quickly select a film, plan where and when to see it, and conveniently buy tickets in advance. For many theaters, fans can print their tickets at home or receive them as a paperless Mobile Ticket on their smartphones. Fandango's top-ranking movie ticketing apps, with more than 42 million downloads, are available on the iPhone and iPad, Android, and many other platforms.  Fandango is enjoyed by more than 30 million online and mobile visitors each month, according tocomScore.  Film fans also find Fandango on

GET INSPIRED FOR HALLOWEEN

The complete list of top 2014 movie-inspired costumes for men, women, families and kids, is below:

GET SOCIAL WITH FANDANGO

FIND A FANDANGO MOVIE NEAR YOU

WHO WILL YOU BE THIS HALLOWEEN?

Disclosure: I’m a Fandango Ambassador, all opinions are my own. 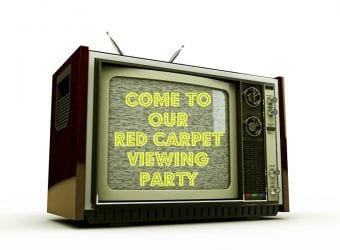 Planning a party is no easy feat. It takes skill, organization, good time management and creativity. Planning parties can be so much as long as you keep yourself organized an on task. My favorite...

END_OF_DOCUMENT_TOKEN_TO_BE_REPLACED

I participated in a campaign on behalf of Mom Central Consulting for Bomb Pop. I received  product samples, a party kit, and a promotional item as a thank you for participating. For my family, summer is about lazy...

END_OF_DOCUMENT_TOKEN_TO_BE_REPLACED

The holidays are the craziest time of year for my family. We have so much to do and it seems like there is something every single day of the week. There are parties, events,...

END_OF_DOCUMENT_TOKEN_TO_BE_REPLACED

7 Tips for Strengthening Your Marriage

Marriage is not easy. The blending of two personalities, two lives that were completely separate and two of everything else, takes work. It takes time. Compromise. And many other things. I have been lucky....