Ice Age 3: Dawn of the Dinosaurs

If you live in my house, then you know what is going on each month in movies and DVD's. My 6 year old doesn't always remember that he has homework (it's ok, his mom reminds him) but he sure can tell you when his favorite movies are coming out. He has October 27th circled on our family calendar.

Get ready, for the dawn of a new age! Manny, Sid, Diego and Ellie are back for more pre-hysterical hijinks when Ice Age 3 Dawn Of The Dinosaurs stomps onto a Three-Disc Combo Pack (Blu-ray, DVD and a Digital Copy) on October 27 from Twentieth Century Fox Home Entertainment.

In the coolest Ice Age adventure yet, Manny and the herd discover a lost world of ferociously funny dinosaurs, including a cranky T. rex who’s got a score to settle with Sid! Meanwhile, Scrat goes nuts over the beautiful Scratte, but is she trying to win his heart – or steal his acorn?

The Ice Age 3 Dawn Of The Dinosaurs Three-Disc Combo Pack (Blu-ray, DVD and a Digital Copy) provides hours of extra fun for the entire family including an Ice Age digital story book maker, commentary by director Carlos Saldanha, deleted scenes, making-of featurettes, two special Scrat shorts, a how-to-draw Scrat tutorial with the filmmakers and much more.  The Three-Disc set will be available for a suggested retail price of $39.99 U.S./$49.99 Canada. Additionally, the Ice Age 3 Dawn Of The Dinosaurs standard DVD will be available for $29.98 U.S./$43.48 Canada.

WHAT IS A SCRAT PACK?
The Ice Age 3 Dawn Of The Dinosaurs “Scrat Pack” Double DVD Pack, another great value for moms and fun for kids, will also be available for a limited time only featuring an overload of special features focusing on the determined squirrel including three “Scrat” games exclusive to the disc.  The “Scrat Pack” will be available for a suggested retail price of $34.98 U.S./$45.98 Canada.

So mark your calendar for October 27th. You can bet we will be at the the store that day!

Part of being parent is making choices when it comes to my kids and television programming. There are a lot of things my kids would love to watch but there are many things that...

END_OF_DOCUMENT_TOKEN_TO_BE_REPLACED

Every year I get very excited to see what I might find at my local ALDI store. That's right! It is time for the ALDI Summer Seasonal Catalog I have mentioned several times that...

END_OF_DOCUMENT_TOKEN_TO_BE_REPLACED 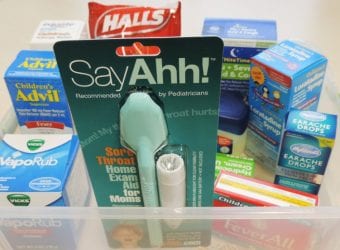 Did you know that many childhood illnesses start with a sore throat? Also 90% of those illnesses are viral, a.k.a. “the common cold.” This year we are staying ahead of the game by stocking...

END_OF_DOCUMENT_TOKEN_TO_BE_REPLACED

My second WoCavé Mission for the Skinny Cow campaign arrived recently in the mail. I was so excited to see what I was going to do next. Here is Mission #2: Spend quality time with...