History and Civil War fans will be entranced as they meander throughout this hilltop memorial in Atlanta, Georgia. Many historical names can be found on a myriad of headstone architecture, which are seen in elaborate style from Victorian to Egyptian. Mausoleums also are designed in Gothic, Exotic Revival and Neo-classical styles.

Soldiers who opposed each other in battle are buried alongside, as are the affluent and penniless, black and white, Christian and Jew. Many very old cement figurines adorn the Oakland Cemetery in Atlanta, and elaborate inscriptions bedeck the tombstones. Notable people from the Civil War to the freedom battle for Civil  Rights are resting here.

Also of significance are the beautiful grounds with aromatic foliage such as camellia and Magnolia almost overwhelming the air, and the gorgeous greenery of some great examples of tree, plant and flowers in Atlanta. You'll find many people here for a stroll, picnic, to jog or just to reflect on the past. Guides who direct walking tours are available practically any day of the year, both daytime and evening to twilight. Sunsets and Atlanta's city lights make for a captivating, informative experience.

Upon your entrance to the Oakland Cemetery in Atlanta, you'll come to a transformed Bell Tower which is now a tourist information, gift shop. Maps, along with self-guiding pamphlets and volunteers are present for any questions, and to guide anyone who'd like to view burial records. Nobody was buried here after 1884, as the available space was full.

For many decades it fell into disrepair, until 1976 when Atlanta created the Oakland History Preservation Foundation. That year too, the Oakland Cemetery in Atlanta Georgia was added onto the Register of Nationally Historical Places. Oakland Cemetery in Atlanta plays host on Halloween night by giving popular ‘after dark' tours. Torches and decorative holiday lighting make this a spooky but highly anticipated event each year!

Margaret Mitchell, author of Gone With The Wind

Joel Hurt, one of the city’s leading developers and entrepreneurs 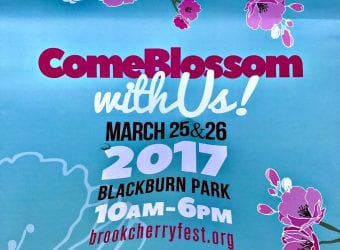 END_OF_DOCUMENT_TOKEN_TO_BE_REPLACED

Cirque du Soleil TOTEM This past week my son and I had the opportunity to see Cirque du Soleil’s TOTEM show under the Grand Chapiteau at Atlantic Station.  I have to say that it...