Over the past seven years, Cheerios Spoonfuls of Stories has given away more than 35 million children's books by distributing them free inside cereal boxes and has donated nearly $3 million to First Book, their non-profit partner, which provides books to children from low-income families.

In addition to encouraging children to read, Cheerios is looking for anyone interested in writing children's books. Now in its third year, the Cheerios Spoonfuls of Stories New Author Contest is a way to encourage previously unpublished, up-and-coming children's book authors and to continue to nurture a love of reading. Entries are being accepted March 16 through July 15, 2009 and will be judged on appropriate story and content for children ages 3-8, emotional connection, writing quality, uniqueness, and read-aloud potential. More details on the contest can be found here.

Shellie Braeuner, the first year's winner, won for her book “The Great Dog Wash”. This nanny from Nashville won a $5,000 cash prize and the opportunity to have her book reviewed by Simon and Schuster Children's Publishing. Simon & Schuster offered Shellie a book deal – and will publish her book, illustrated by Robert Neubecker, in hardcover this summer. In addition, Cheerios will be featuring “The Great Dog Wash” free inside 1.5 million boxes of Cheerios. The book has been specially printed in paperback in both English and Spanish and will be available free inside boxes of Cheerios this spring.

Cheerios is also announcing the winners of the second New Author Contest:

* Lori Degman, of Vernon Hills, Ill., won the top prize for her story, “1 Zany Zoo.” In addition to winning a $5,000 cash prize from Cheerios, Degman earned the opportunity to have her book reviewed by Simon & Schuster Children's Publishing. Simon & Schuster has since offered Degman a book deal; her book is expected to be released in 2010, initially in paperback distributed inside Cheerios boxes, and later in hardcover sold in the market.

* Cheerios also named two runners-up in the contest: Tameka Fryer Brown, of Charlotte, N.C., for her story “I'm Not Eating That!” and Joan Stradling, of Star Valley, Ariz., for her story, “Who Invites a Pig to Dinner?” Both Brown and Stradling will receive a cash prize of $1,000 from Cheerios.

Are you or someone you know an aspiring children's book author? Make certain to encourage your friends and readers to enter the contest. You can also enter to win a Cheerios Spoonful of Stories Gift Set.

I love  Skinny Cow treats and I have for quite a while. I love ice cream and in an effort to cut back on the amount of fat in my diet, years ago I...

END_OF_DOCUMENT_TOKEN_TO_BE_REPLACED Postoperative Pain Relief: How Effective is CBD for it? Often regarded as CBD, cannabidiol is a chemical that is often found in marijuana. However, it does not contain tetrahydrocannabinol, the psychoactive component of marijuana....

END_OF_DOCUMENT_TOKEN_TO_BE_REPLACED 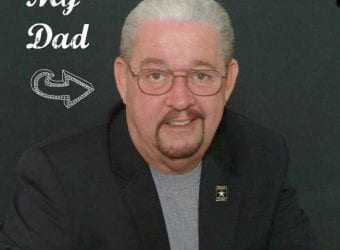 Thank A Vet by DAV

This is a sponsored post written by me on behalf of DAV for IZEA. All opinions are 100% mine. I grew up in the military. My father was in the Army and we traveled...

END_OF_DOCUMENT_TOKEN_TO_BE_REPLACED 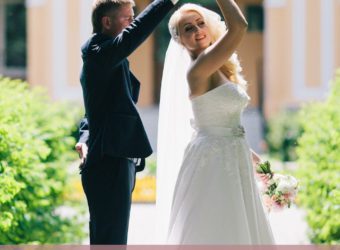 Top Ten Songs to Play at Your Wedding

Top Ten Songs to Play at Your Wedding When you’re planning your wedding, there are a lot of different things to think about. You have to find the right location, find wedding rings, decide...