This post brought to you by WE tv. The content and opinions expressed below are that of Divine Lifestyle. 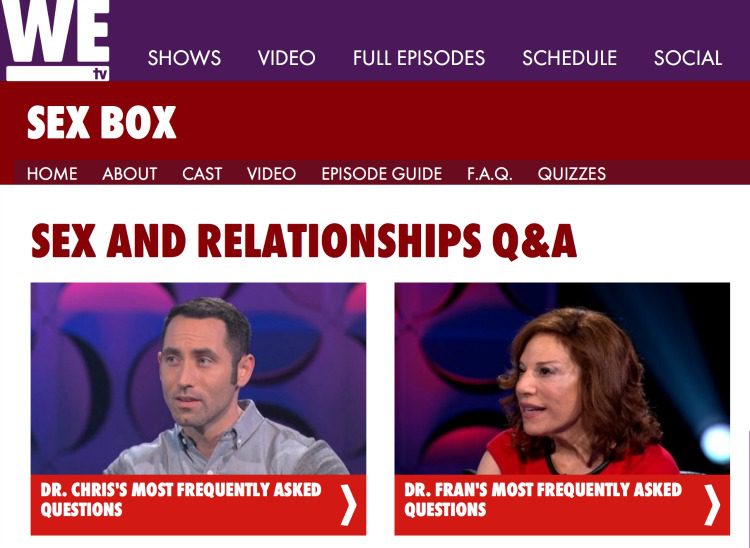 I am an avid television watcher. I will watch pretty much any show at least once to see if I like it and if it is compelling enough to keep watching.

Have you ever watched any Japanese reality television? They have some super crazy shows that are just huge hits over there. I mean insanely popular shows. During the first 10 minutes of Sex Box I immediately felt that this show would be popular in Japan because it has that same format. In fact, when I went looking online for reviews after I saw the show, I found that there were many reviewers who thought the same thing: that they were watching Japanese reality television.

Sex Box is a groundbreaking, unprecedented and life-changing way for couples in crisis to heal their sexual and emotional issues. Each week three couples from a wide variety of backgrounds bring their pressing concerns to our expert therapists with hopes of repairing their troubled relationships.

The Sex Box experts are Dr. Chris Donaghue who is a Sexologist and Clinical Psychotherapist, Dr. Fran Walfish is a Relationship Psychotherapist and Dr. Yvonne Capehart is a Pastor and Couples Counselor. All experts offer advice and suggestions for couples that are designed to change their lives. The theory behind the Sex Box is based on a revolutionary, scientifically proven concept: In the first 15 minutes after intimacy, the body is flooded with oxytocin and endorphins enabling people to really open up and reveal the root of their problems.

The chosen couples have sex on stage in front of live studio audience in a specially designed chamber, but please know that there is nothing to see. This isn't a sex show, the couples enter the Sex Box to reconnect with each other and try to work through some of the issues they brought on the show. The actual Sex Box where couples enter is private, camera free and sound proof. Couples can then focus on one another and heir needs with no outside distractions. After they emerge (usually in some sort of matching pajamas) the truth is shared and they once again confer with the experts.

The experts discuss everything from trust issues to finding the passion again in a relationship. They discuss expectations of couples along with things like lack of support and lack of communication.

My husband and I watched the show together because we had both seen the previews. We watched all three episodes available.

TUNE IN TO SEX BOX

Next Post »Bandelettes | The Perfect Solution to Keeping Legs Dry, Smooth and Chafe-Free

The Trevi Fountain in Rome Italy

I was beyond thrilled to take my children on their very first trip to Europe this past summer. A lot of people have asked me about it. I saved for a long time and...

END_OF_DOCUMENT_TOKEN_TO_BE_REPLACED 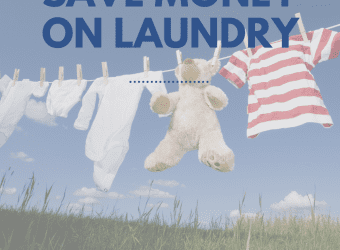 8 Ways to Save Money on Laundry

8 Ways to Save Money on Laundry The laundry rarely, if ever, ends. Unfortunately, the money you need to do the laundry does. There are ways to save money on your laundry. These are...

END_OF_DOCUMENT_TOKEN_TO_BE_REPLACED

I am really excited about the 2012 doll of the year. My daughter, Annabella has been taking gymnastics since she could pretty much walk. She has always been a tumbler and loves doing anything...

END_OF_DOCUMENT_TOKEN_TO_BE_REPLACED 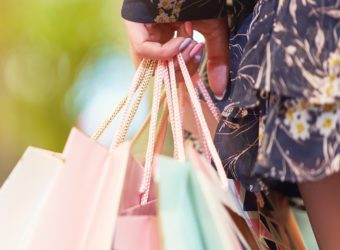 7 Things You Should Buy from a Local Business Instead of Online Local businesses are the backbone of your community. They are owned and run by people you know. They support events and sports...