If you spend any time reading my blog, then you know that education is very important to me. My kids doing well and succeeding at whatever they choose to do is one of my main goals as a parent. Well that and their happiness.

I think that many of us as parents have this exact same goal. We all want our children to do well, don't we?

But the fact is that some kids just need some outside help to succeed in the classroom. And often, parents just aren't equipped to provide this help.

Close to two-thirds (66%) of parents fret more about their child’s performance in algebra than their ability to make new friends at school.

Algebra tops the list of worries for many parents across the country – nearly two in three (66%) even fret that American students fall behind in this subject compared to other nations. More fathers than mothers (75% vs. 64%) feel this way about the country’s algebra performance.

Far more parents believe that algebra (19%) is most important for future success than other key subjects such as history (4%) or biology (3%).

Topping the list of positive impacts of algebra success are better grades in other math classes (73%), college acceptance (64%) and even future job performance (38%).

Almost six in ten (58%) parents confess that algebra is difficult for them to help their children with – even more so than other math-heavy subjects like statistics (31%) and  economics (18%).  Close to half (49%) of their offspring also place this high on their lists of hardest topics.

Over seven in ten (71%) parents even believe that helping children with algebra work is harder than a much more dangerous milestone: teaching kids how to drive a car.

Close to three in ten (27%) parents observe that when their child began algebra, their attitude about math declined.

Taking an algebra quiz or test (51%) rate higher on the nerves scale than having to make friends at a new school (35%) or being able to play sports well (29%). Only public speaking – well-known as the #1 fear among many adults – is more fear-inducing (71%).

Nearly three in five (58%) children are so traumatized by their algebra experience that they’d rather have to learn an entire foreign language in just one year than take this subject for another year.

Around one in three children would even be quick to sacrifice video game (36%) or Facebook (33%) privileges for a month to ensure they’d never cross paths with algebra again.

Far more parents assert they’re prepared to have sensitive conversations with their kids about topics like drugs & alcohol (97%) and sex (88%) than dig into their algebra homework (54%).

Six in ten (60%) parents are so lost that they honestly gave themselves a hypothetical grade of C or lower if they had taken their child’s algebra class on their own.  Over half (56%) of their kids agree with this assessment.

One in five (20%) children whose parents helped them with their algebra homework report that most of the answers they got when this happened were incorrect.

More than half (54%) of these parents are open to outside help, naming one-on-one tutoring as a potential solution.  Another 18 percent would have appreciated some kind of early assessment on whether or not their children were actually ready to take this class.

97 percent of children who felt they needed algebra improvement can point to at least one culprit, with external resources like one-on-one tutoring high on this list (49%) and some (18%) wishing they had known ahead of time if this subject would have caused them trouble.

The facts above scare me. My oldest is in third grade and his work is only going to get harder.

According to Sylvan: “A critical gateway subject, algebra is the foundation for higher-level mathematics and science courses in high-school, which in turn can open doors for college and lead to better careers and lifetime earning potential.” I know that many courses in both high school and college have foundations built in algebra. I know that my son already needs help and the key is knowing when to get help.

So Sylvan has this thing called Fit 4 Alegbra:

Sylvan Learning has partnered with Let's Go Learn to offer this FREE 21-question Algebra Readiness Checkup called Sylvan Fit 4 Algebra. This quiz checks to see if your child is ready to take on algebra. The National Mathematics Advisory Panel has established guidelines and Fit 4 Algebra tests your childs skills based on these guidelines. This can help you determine if your child needs help or not.

I took the assessment and so did my son. Apparently, we both need help in algebra. And I have an MBA. So yeah, I am sure that there are things that I can brush up on.

The screener was pretty quick to take and the results are very easy to understand. I would highly recommend you try it out for yourself or your child to see how you stack up.

I wrote this review while participating in a campaign by Mom Central Consulting on behalf of Sylvan Learning and received a promotional item to thank me for taking the time to participate.

She has been begging for over a year to take classes. She dances and twirls around the house constantly. Her favorite phrase is, “Me a ballerina!” (she is only four) I finally signed her...

END_OF_DOCUMENT_TOKEN_TO_BE_REPLACED 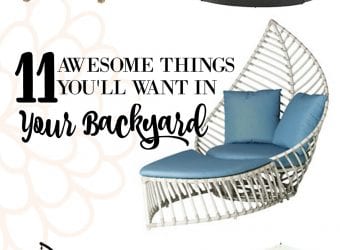 11 Awesome Outdoor Seating Options Bermuda Patio Swing Chair De-stress in this self-standing patio swing chair. Whether you wish to soak up the sun's rays or dive into a good book, this chair will...

END_OF_DOCUMENT_TOKEN_TO_BE_REPLACED 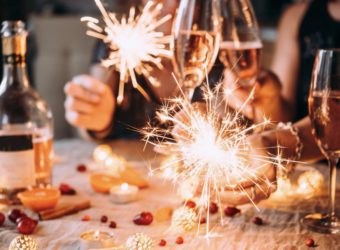 How to Welcome the New Year Based on Your Zodiac Sign

How to Welcome the New Year Based on Your Zodiac Sign Source: iravgustin/ shutterstock.com The new year is just around the corner, which has many wondering the best way to start their 2023 off...

END_OF_DOCUMENT_TOKEN_TO_BE_REPLACED

Calling all Junior Scientists, math junkies and those who love to experiment ! The Google Science Fair is now open. Lovers of science and technology, ages 13-18 can compete for internships and scholarships. Google...