Has anyone in your life ever been affected by cancer?

I have been affected by cancer. There are a few people in my family plus my great aunt who is in remission from Leukemia. She is an amazing person. She is my paternal grandmother's sister. I have to think about that. That is great aunt, right?

Anyway she is a great mother and someone who has really touched my life. I don't see herself. I certainly don't talk to her enough but I think about her often.

For 100 years, the American Cancer Society has led the fight against cancer finding cures, giving support, and saving lives.

FACTS FROM THE AMERICAN CANCER SOCIETY

The American Cancer Society has a proven track record of supporting the best ideas of the brightest cancer researchers. We've been part of nearly every major cancer breakthrough in recent history, and have 46 Nobel Laureates to show for it. Cancer thrives on silence, complacency, and business as usual. Only action will finish the fight.

This post is sponsored by the American Cancer Society. 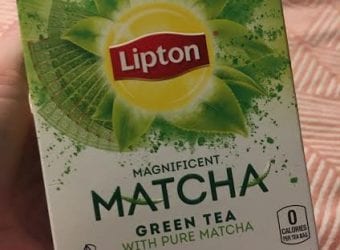 Post sponsored by Mirum Shopper. Opinions are 100% my own. Find Focus with Lipton's Magnificent Matcha Green Tea #LiptonMatcha With everything that I have going on in my life, I get a little overwhelmed...

END_OF_DOCUMENT_TOKEN_TO_BE_REPLACED

Opinion Outpost – Give Your Opinion, Get Paid, Get Rewards

This is a Sponsored post written by me on behalf of Opinion Outpost for SocialSpark. All opinions are 100% mine. Years ago when I first became a stay at home mom, I began taking...

END_OF_DOCUMENT_TOKEN_TO_BE_REPLACED

This is a sponsored post by me on behalf of Lifescript.com. Living with depression has never been easy. For the longest time, I had no clue what it was and what I was going...

END_OF_DOCUMENT_TOKEN_TO_BE_REPLACED

Hi Everyone, I could use your help. I would love your nomination for The Mother of All Bloggers Contest from Mom Logic and the Mom Bloggers Club. First place gets a laptop and I...