From the makers of the hit ICE AGE series comes RIO, a comedy adventure about taking a walk on the wild side. Blu is a domesticated Macaw who never learned to fly, living a comfortable life with his owner and best friend Linda in the small town of Moose Lake, Minnesota. Blu and Linda think he’s the last of his kind, but when they learn about another Macaw who lives in Rio de Janeiro, they head to the faraway and exotic land to find Jewel, Blu’s female counterpart.

Not long after they arrive, Blu and Jewel are kidnapped by a group of bungling animal smugglers. With the help of street smart Jewel, and a group of wise-cracking and smooth-talking city birds, Blu escapes. Now, with his new friends by his side, Blu will have to find the courage to learn to fly, thwart the kidnappers who are hot on their trail, and return to Linda, the best friend a bird ever had.

Next Post »P&G brandSaver Insert Coming This Sunday- Have You Tried This Yet? 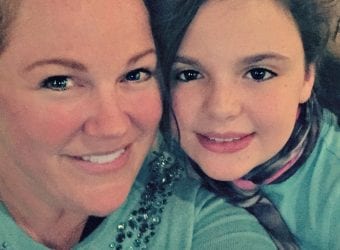 On Being a Mom

div> On March 16, 2003 I became a mother. It was six weeks early and my water had broken. I really wasn't ready and I was scared. I had read all of the books...

END_OF_DOCUMENT_TOKEN_TO_BE_REPLACED

It never occurred to me until recently that perhaps some of my old appliances are a seriously drain of energy causing our power bill to rise every month. I figured that it could possibly...

END_OF_DOCUMENT_TOKEN_TO_BE_REPLACED

This is a sponsored post written by me on behalf GoodNites* TRU-FIT*.  Did you know that an estimated that 1 in 6 children between the ages of 4-12 in the United States suffer from...

END_OF_DOCUMENT_TOKEN_TO_BE_REPLACED

This is a sponsored post written by me on behalf of AccuWeather. All opinions are 100% mine. There is nothing more frustrating than looking your best with that perfect outfit you have just put...