Join us for the #CoppolaCheers Twitter Party Divine Lifestyle

Join us for the #CoppolaCheers Twitter Party! 2/26 7-8pm EST

Who's planning an Awards Celebration? I've been trying to make my way through the nominated films, and I'm not even close to being able to see them all before Oscar® night on February 26th. I went to the movies last weekend and saw all the Oscar® Nominated Short Films, and Piper is still my favorite! Have you chosen your favorites out of the nominees in all the categories?

Decisions, Decisions! Are you hosting or going to an Oscar® party? What will you be eating while watching? We will be enjoying appetizers, my favorite food! I like to try one of everything! And then there's what to wear. Dress up or casual?

One decision that's easy to make is which wine to drink. On Oscar® night, we will be drinking Francis Ford Coppola Wine! It's the go-to wine of awards season!

Did you know Director, Producer, and Screenwriter Coppola is a fourteen-time nominee and five-time Oscar® winner? He's also the recipient of the Irving G Thalberg Award for his lifetime achievements in film. As a thank you to the Academy, Coppola has created two new very special wines for the 89th Academy Awards® and Governors Ball, which is the official after-party of the Oscars®.

What could be better to toast the winners than these wines from Francis Ford Coppola:

A robust blend of Cabernet Sauvignon, Zinfandel, Merlot, and Petite Sirah sourced from the most prestigious vineyards in Sonoma’s Alexander and Dry Creek valleys. In the film business, the Director’s Cut term emerged as a means for filmmakers to present their own creative, almost final vision of a story. At the Francis Ford Coppola Winery, Director’s Cut wines pay homage to the history of California film-making and winemaking, two great art forms that require artistic vision and quality source materials – whether it’s the land or the script. $65 and only available at www.FrancisFordCoppolaWinery.com

Director’s Cut wines are creative expressions of the distinct sub-appellations of Sonoma County, showcasing winemaker Corey Beck’s forte for highlighting the bold and vivid characteristics of the renowned Russian River Valley, Dry Creek Valley, Alexander Valley and Sonoma Coast. These wines are richly layered, full-bodied and balanced. The Russian River Valley is one of the most notable Chardonnay appellations in California.Fragrant and alluring, the 2015 Cinema Premiere 89th Edition Chardonnay boasts nuances of pineapple, quince, and crème brulée along with lush juicy flavors redolent of citrus, tropical fruit, honeysuckle, and aromatic spices. $45 and only available at www.FrancisFordCoppolaWinery.com

Award-winning Diamond Collection Claret, awarded 90 Points from Wine Enthusiast. The Diamond’s flagship Bordeaux blend, Claret, is prominently veiled in gold netting to celebrate the artistry of the Old World’s bottling style, denoting authenticity and prestige, yet exudes a modern California style of winemaking. Vibrant and luxurious, Diamond Collection wines have a stylish personality that is unmatched in the wine category. Diamond Collection wines are widely recognized for their fruit-forward, yet smooth style with balanced flavors that are true to varietal character. $21 and widely available at www.FrancisFordCoppolaWinery.com, or local wine retailers and restaurants.

Next Post »Your Shopping Best Friend: Gumdrop by Goodshop 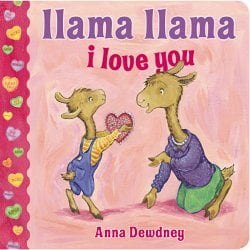 Happy Valentine's Day, Mouse! (If You Give…) Price: $3.51 Join Mouse from If You Give a Mouse a Cookie as he celebrates Valentine’s Day with all the friends he loves. Llama Llama I Love...

END_OF_DOCUMENT_TOKEN_TO_BE_REPLACED

It is no secret in this house that we have been waiting for BRAVE to come out. We are not going tonight but we are going to see it this weekend. My kids and...

END_OF_DOCUMENT_TOKEN_TO_BE_REPLACED

Let's face it, as homes get older, they get more and more expensive. Things need replacing and on an older home, most of these things are costly. When you are in need of vinyl...