The Phillips Airfryer with unique Rapid Air Technology debuted in 2010 at Berlin's IFA show, the largest global tradeshow available. USA today states that products exhibited at IFA tend to be the most advanced technologically and often boast the sleekest designs as European customers tend to demand both functionality and good looks more so than their US counterparts.

The Phillips Airfryer uses a unique style of cooking called Rapid Air Technology. Similar to a style of cooking referred to as greaseless frying technology which has been around since the 1990's, Phillips has taken this idea and improved upon it.

The Phillips Airfryer's unique method of cooking perfects the use of evenly distributed radiant heat with the power and speed of convection thermal heat transference to allow for rapid even cooking. In part this is due to the exclusive starfish patterned shape of the cooking container which facilitates optimal air circulation creating super powered cooking jet streams. The starfish pattern built into the base of the unit that produces these jet streams combines with the circular cooking space and angled air vents and creates a perfect storm of convection heating. The result; a super heated completely even cooking method.

When this perfectly equalized heat distribution is allowed to pass through the mesh metal basket or specially designed cooking trays the AirFryer for all intents and purposes combines three cooking methods into one powerful force. With little to no oil, the food is baked, grilled and fried at the same time from both the top and the bottom. This allows for rapid cooking and produces food that is as crispy as if fried in a traditional deep fat fryer but with only a fraction of the calories.

The system heats up to 390 degrees but due to the powerful combination of cooking styles higher heating ranges are not needed. The Airfryer is compact enough to sit on the counter top while being quick and easy enough that it could replace a toaster over. While the size is compact the trays can hold a decent amount of food and may reduce the need to use a larger oven, thus saving on electricity.

Accessories can be included that allow for baked goods or a special grilling tray that brings the ease and taste of a barbeque to your countertop without the hassle or messy clean up. A double layer cooking tray can be added that allows for even more cooking space and includes skewers for vegetable or meat kabob style cooking.

PHILIPS AIRFRYER WITH RAPID AIR TECHNOLOGY AT A GLANCE 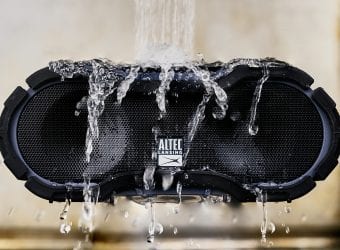 END_OF_DOCUMENT_TOKEN_TO_BE_REPLACED

The Roomba 870 from iRobot is a small vacuum-cleaning robot that can clean many different floor surfaces. It can suck up dirt and other material from hardwood floors, deep carpet, and anything in between...

END_OF_DOCUMENT_TOKEN_TO_BE_REPLACED 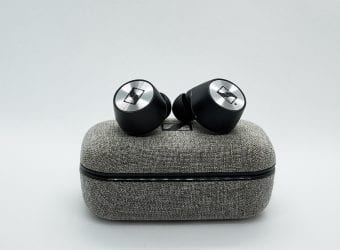 This post is sponsored by Best Buy. The reviewer has been compensated in the form of a Best Buy Gift Card and/or received the product/service at a reduced price or for free. Sennheiser MOMENTUM...