My All-American Movie: Freddie Steinmark show what winners are made of

My All American Movie: Freddie Steinmark show what winners are made of 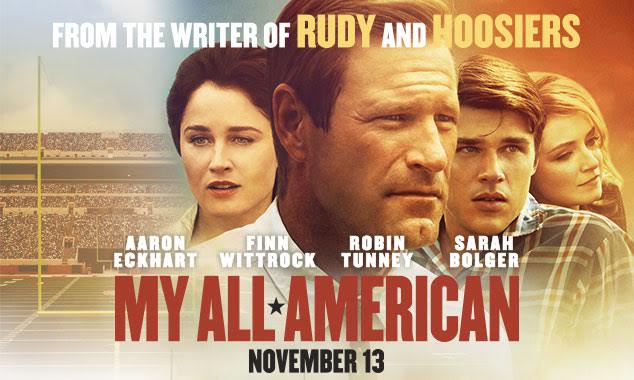 I have played sports for my entire life. I started in kindergarten and played through college. My father at many points in my life was either always a coach or a supporter. He never missed games and was always there to give me advice on how to make my game better. I appreciate the support that he gave me. I know first hand how tough it can be for athletes.

Athletes tend to be those people who go above and beyond. Athletes are coachable, trainable and are always willing to better themselves. There are many athletes in my life that I have admired and looked to for inspiration.

From the writer of Rudy and Hoosiers, comes a movie about football, courage and showing what winners are truly made of. The story Freddie Steinmark is brought to the big screen. Winner of the the Truly Moving Picture Award from Heartland Film, My All American shares an incredible story of triumph and sheer determination.

What Freddie Steinmark wants most in the world is to play football. Deemed too small by the usual athletic standards, his father trains him hard, and Freddie brings a fight to the game that ultimately gets him noticed – by none other than legendary University of Texas coach Darrell Royal. Awarded a scholarship and a chance to play for the Longhorns, Freddie sets off to Austin determined to make the team. Alongside his old teammate Bobby Mitchell and new pal James Street they rise to the occasion, giving the Longhorns a real chance to turn the team around. But just when they're reveling in the success of the season, Freddie suffers an injury that leads him to a shocking diagnosis and the biggest challenge he will ever face. 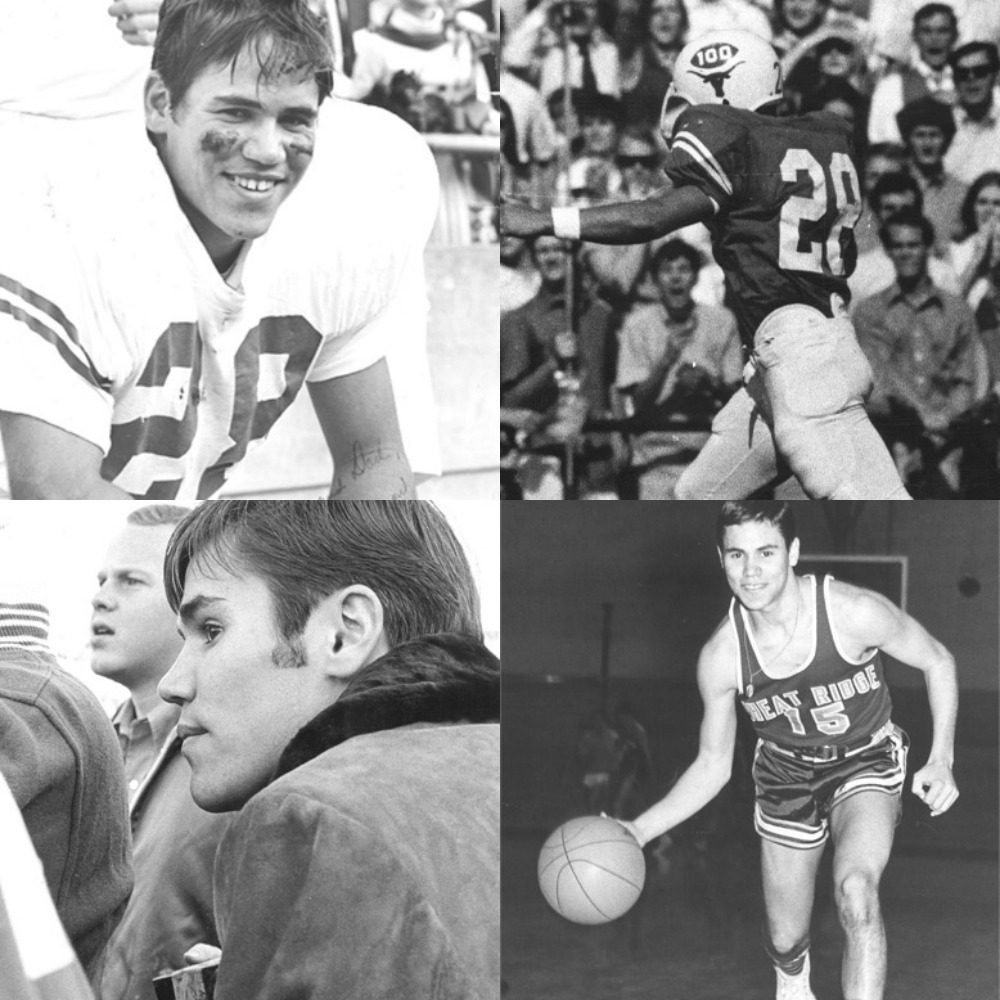 This movie is inspirational and follows the lives of many athletes who made up the 1969 University of Texas Longhorns team. Freddie Steinmark was their fearless leader and indeed an underdog on the gridiron. He then faces the toughest challenge of his life after leading his team to a championship season. This is an excellent and I highly recommend seeing it. My family was riveted. 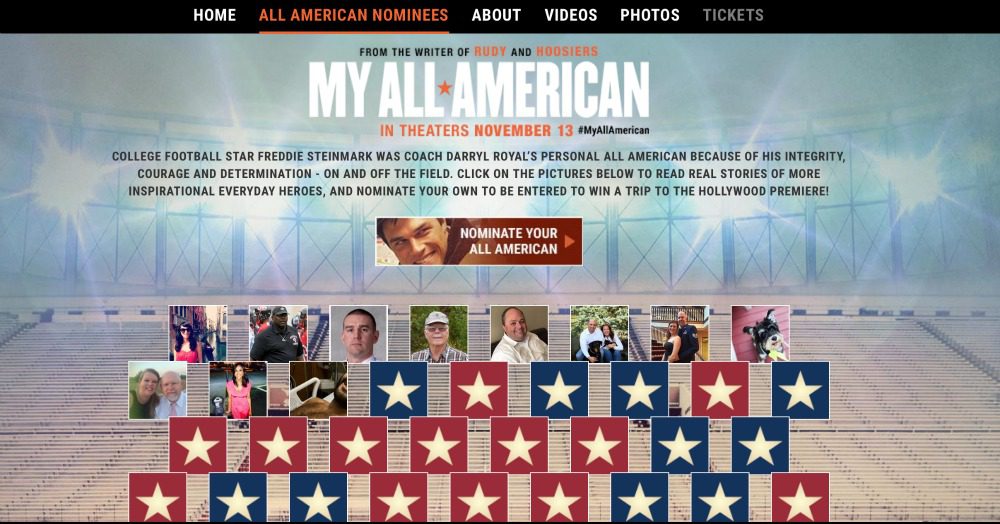 NOMINATE YOUR ALL AMERICAN & WIN A TRIP TO THE PREMIERE

Now you have the opportunity to nominate your own All American and you could win a trip for two to the premiere just by nominating someone. How great is that? Go here to nominate.

I nominated my father as an All American. He is the epitome of the American father. My dad served his country in the Army and retired as a Colonel. He also coached me and my sister in every sport imaginable and never missed a game. In addition, he often 2-3 jobs just to support us. There is no one that is more all American than my father. 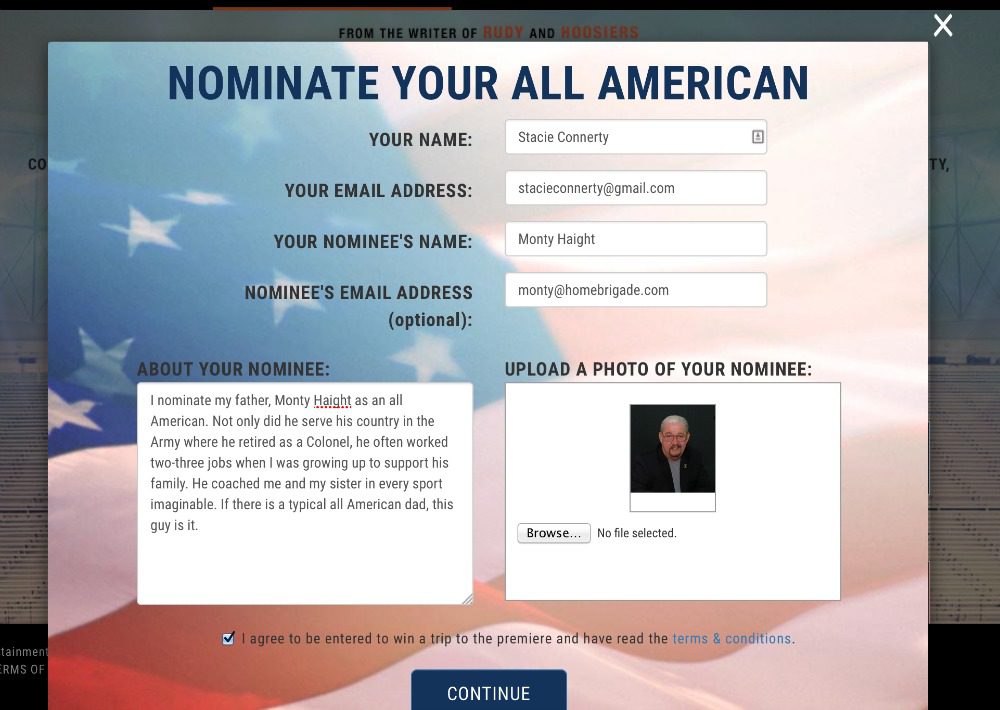 FOR MORE INFORMATION ABOUT FREDDIE STEINMARK

See My All American in theaters nationwide

WHO IN YOUR LIFE CAN YOU NOMINATE AS AN ALL AMERICAN?

Next Post »Connecting with my family and Choice Hotels

It is no secret that I seriously love Skinny Cow. Here at The Divine Miss Mommy we are all about living the good life and that begins at home. I have been a Skinny...

END_OF_DOCUMENT_TOKEN_TO_BE_REPLACED

Dr. Cocoa “Relief With a Smile”

Did you know that school age kids get around 8-12 colds per year? These colds can last anywhere from 6 days to 2 weeks with symptoms like coughs, runny nose, etc. We know this...

END_OF_DOCUMENT_TOKEN_TO_BE_REPLACED

My six year old daughter was faced with a tough decision today at Costco. She was in charge of getting the bottle of water that we were going to share. She stood there for...

END_OF_DOCUMENT_TOKEN_TO_BE_REPLACED 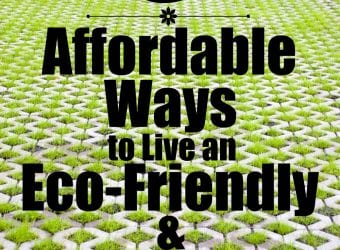 5 affordable ways to live an eco-friendly and healthy lifestyle