There are so many reasons to do some travel in Paris, anyone that loves love, loves art, culture, food and then there are the book lovers. For many, Paris is the ultimate literary destination, filled with book havens, famous homes of authors, places of inspiration and author hangouts. If you are a lover of books, there are so many different ways to tour and see the city, depending on what you like best, but there will always be a few must see destinations around Paris that everyone has to pass through.

To help you put together a literary tour of the city of Paris, these are just some of the great places that you should add to your travel itinerary.

A Paris staple, I think Le Procope has attracted more authors than any other single destination or cafe in the world. It was a popular hangout for men of the Enlightenment and its popularity grew based on the prior clientele that it attracted. Everyone from Voltaire to Hugo has enjoyed a cup of coffee here and Le Procope still pours cups, meals, and its own line of sorbet.

At the Cafe de la Paix, most of the patrons are going to be hotel guests or opera patrons, so its a nice mix of tourist and locals. It was the opera that attracted a lot of the creative and philosophical writers that dined here post show. Not only can you say you dined at the same place Proust ate at, but hundreds of contemporary and breakout writers that have been to Paris over the years have added this spot to their list of must dos.

Fans of Hemingway, or anyone that has read a book of his, need to stop at the author’s favorite spot in Paris. Located in the Ritz, the bar actually bears his name now, making it easy to identify. This bar actually makes it into two books that Hemingway penned, and he was fond of telling people about his favorite spot. During the time Hemingway made this his temporary office, many writers and authors passed through, and even more have been here since. Before Hemingway, famous authors that stayed at the hotel or dined in the bar included Orson Welles and Capote.

Not the original Shakespeare & Company, but the original owner handed the name over to a fellow bookish business minded person. This bookstore is the favorite of authors, writers, publishers and book lovers. The collection here has something for everyone, and if you don’t necessarily know what you are looking for, even better because the staff always has something in mind for anyone that walks through their doors. Shakespeare & Company also hosts an annual literary festival, Festivalandco in the summers.

THE AMERICAN LIBRARY IN PARIS

A literary haven, the American Library in Paris was originally established to provide some reading material to soldiers serving overseas. Its now the largest English language library in Europe and is open to all. There are hundreds of tomes for research and reference, and literary events and meetings organized and held by both the library and its patrons. For an expat writer living in Paris, the library can be a great place to get to know the city, locals and other expats.

We hope you have learned something from our Literary Tours in Paris France guide.

5 Tips for Choosing a Specialty Cruise

5 Tips for Choosing a Specialty Cruise If you’re not familiar with the term “specialty cruise,” you’re not alone. While the concept has been gaining in popularity, it is not as well- known as a...

END_OF_DOCUMENT_TOKEN_TO_BE_REPLACED 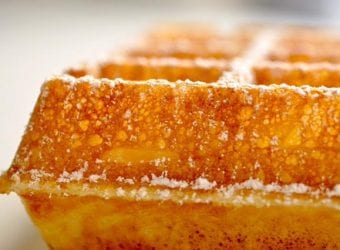 Photo Credit: askideas.com Visiting Belgium Brussels This was my first trip to Belgium and will definitely not be my last. A must do when arriving in Belgium is walking around Grand Place, the central...

END_OF_DOCUMENT_TOKEN_TO_BE_REPLACED

Founded in 1882 for the American Association, the St. Louis Brown Stockings won four AA Pennants back to back from 1885–1888 and played two World Series championships against the team known as the Chicago...

END_OF_DOCUMENT_TOKEN_TO_BE_REPLACED 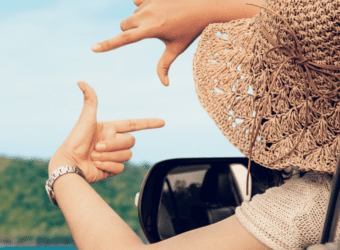 7 travel destinations you should visit: teaching English Online After two years of restrictions, international travel is back on the cards – exciting news for those who are planning to take control of their...