This Sunday is the Lifetime Original Movie Premiere of MARRY ME, starring Lucy Liu.

Lucy Liu stars as Rae Ann Carter, a single aspiring-artist-turned-social-worker who always wanted a fairy-tale romance — to fall madly in love and live happily ever after. But when her two-year relationship falls apart, Rae unexpectedly falls for a new man, Luke, who asks her to marry him after a few short dates. Just as everything seems to fall into place for Rae, her ex-boyfriend Adam suddenly re-emerges into her life with a proposal of his own. Things get even further complicated when a third man, smitten by Rae, enters the picture and asks for her hand in marriage, as well. With three men after her heart, who will be Rae’s Prince Charming?

This modern fairy tale Christmas story starts off with a love triangle where two male best friends fall in love with the same girl. Her ex-boyfriend also returns and complicates things even more, and the twists and turns that ensue will surprise and delight, culminating in a romantic wedding. But who will the groom be?

Check out a preview here:

I was thrilled to host a party last week where we got to watch a sneak peek of the new movie. Even better was that Lifetime sent us some really cool goodies to make the party even better. We received champagne glasses, plates, napkins, plastic utensils, veils, bling ring keychains and boxes of Jordan almonds. It was the perfect bridal shower.

Of course my daughter had to open one of the veils immediately and put it on along with the ring keychain that arrived. My daughter loves nothing more than being a bride:

Have you checked out Punchbowl.comThe Lifetime Moms Party Planner is a free service that helps you plan a party from start to finish with customizable digital invitations, RSVP management, potluck organization, and more.

I was also sent these books which I have to say are must reads. I read them the second they arrived and I have already bought a few additional copies for Christmas gifts:

The books were fabulous tools in planning the party.

The second the guests arrived, I greeted each one in the driveway and adorned them with a veil, a ring and a party favor. They were given glasses of champagne when they walked in the door.

We played shower games. We chatted. We gossiped. And then we watched the fabulous Lucy Liu have her pick of some very fabulous men! All in all it was a great time.

Congrats to Wendy who won the Macy's gift card!

Make sure to tune in to Marry Me this Sunday and Monday on Lifetime. You will NOT be disappointed! 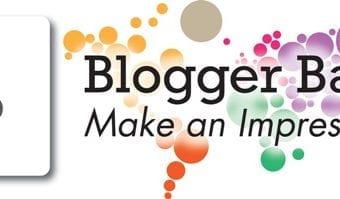 You may have seen my post a few weeks ago about attending Blogger Bash next week in NYC. Last year I attended Blogger Bash for the first time and loved it! WHAT IS BLOGGER...

END_OF_DOCUMENT_TOKEN_TO_BE_REPLACED

HAVE YOU HEARD OF UNO ROBOTO? You may have played Uno as a kid or even as an adult if you have children. But you haven't played anything yet until you have played Uno...

END_OF_DOCUMENT_TOKEN_TO_BE_REPLACED

I am a lover of scent. I always have been and absolutely love trying new fragrances for my home, so I was excited to try out the new Glade® Expressions™ Collection. The four new...

END_OF_DOCUMENT_TOKEN_TO_BE_REPLACED

Back to School Money Saving Tips

I absolutely love saving money and getting good deals. I clip coupons. I sign up on websites of pretty much every company whose products I use. If there is a deal to be had,...