The LG LA7400 is a complete television, in terms of the options and formats that are at your disposal. This is a 3D capable television, which allows you to watch movies and television programs that are aired in 3D. It is also a Smart TV, which incorporates elements of the internet into your viewing experience. The Smart TV aspect also allows for viewing of online streaming videos, which is appealing to consumers who are beginning to watch more of their media through these services.

This LG television allows for the possibility of a “cinema like” 3D experience in your home. Four pairs of 3D glasses are provided along with the television, providing entertainment for the entire family. Users can watch movies, TV shows, and sports programs in 3D, in addition to playing 3D games.

The LG LA7400 is finally a model of HD television that can be considered a rival to Vizio's smart TVs. With the LG LA7400, you will be able to watch various online streaming services straight from your television. With only a few clicks, you can set up your accounts on Netflix, Hulu Plus, Vudu, MLB.tv, YouTube, Amazon Instant Video/Amazon Prime Video, and HBO Go. Each of these services provides instant and uninterrupted access to movies, television shows, trailers, TV show previews, interviews and other multimedia excerpts.

* You must have a subscription to certain services to view their content.

This LG 55 inch television comes with a 240 Hz refresh rate. This is an extremely high figure, especially when compared to most HD televisions that are at 60 Hz or 120 Hz. The refresh rate aids in viewing of sports games, playing video games, and watching high speed ac3'op,≤tion scenes in movies/TV shows.

The LG Magic Remote that comes with this 3D HDTV LED-LCD television can replace the current Blu-Ray, HTiB and set top box remotes that most customers will have.

With the LG Magic Remote capable of serving as a gaming controller, it is possible for users to download games through the online Game World. This feature is accessible with an internet connection, and most games need to be purchased. In addition to gaming, there is also an App World where useful applications can be bought and downloaded.

WHAT MY HUSBAND LOVES ABOUT THE NEW TV

Two words. MAGIC REMOTE. The LG Magic Remote is really cool. My husband loves it. Every other remote is gone and now there is just one to work all of the components. He could not be happier.

Have a networking grad in your life? Best Buy has got you covered this graduation season. That grad that uses technology to keep totally connected while on the go with a variety of devices?...

END_OF_DOCUMENT_TOKEN_TO_BE_REPLACED

How Technology Can Coexist With Kids in a Healthy Way

When parents come to me with questions about how to monitor their kid’s technology, it’s almost always after they’ve discovered something – a questionable photo on Instagram, a conversation with a stranger, usage when...

END_OF_DOCUMENT_TOKEN_TO_BE_REPLACED

What to Expect from Windows 8

Anyone preparing for an upgrade to Windows 8 should be prepared for a completely different Windows. It is a complete overhaul of the Windows system from the ground up. The most obvious difference is...

END_OF_DOCUMENT_TOKEN_TO_BE_REPLACED 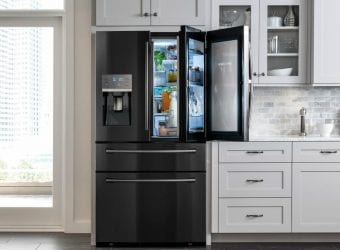 The reviewer has been compensated in the form of a Best Buy Gift Card and/or received the product/service at a reduced price or for free.   Best Buy Samsung Appliances Remodeling Sales Event #bbyremodeling I...