The largest expansion in the 41-year history of the Magic Kingdom, New Fantasyland features attractions, dining, shopping, character interactions, recreation and more – laid out fairy tale-style amid waterfalls, grottoes, arched bridges, forests and circus big tops. A multiyear expansion project that doubles the size of the existing Fantasyland, the sprawling new area lies just beyond the existing Fantasyland in the shadows of Cinderella Castle.

Here are some fun facts about Disney's New Fantasyland:

Largest expansion in the 41-year history of the Magic Kingdom.

Team effort. Between Walt Disney Imagineers and Cast Members from Merchandise, Food and Beverage and various lines of business, it took more than 140 disciplines to bring New Fantasyland to life.

Seven Dwarfs Mine Train will feature five-car trains that are designed to sway independently as they swing around the track.

There are over 12,000 “books” in the library at Enchanted Tales with Belle.

There are 115 windows in the Beast’s Castle.

The lion-like figures flanking the door at the entrance to Be Our Guest Restaurant were referred to as “golions” by the design team, a combination of goat and lion.

Figures above the entrance doors, eagles with snake tails, are called “sneagles.”

The six stone figures on the bridge leading to Be Our Guest Restaurantwere all given the name “Frank” during the design phase simply as a way to identify them.

Centerpiece chandelier at Be Our Guest Restaurant measures more than 12 feet tall and 11 feet wide. It boasts more than 84 candles and more than 100 jewels that hang down to give it added shine.

At Be Our Guest Restaurant, the delicate Rose Gallery adorned with rose accents, paintings and tapestries, is centered by a music box nearly 7 feet tall with a twirling Belle and the Beast.

Storybook Circus has set up in Carolwood Park – this name references the steam train that was in Walt Disney’s backyard.

At the Magic Kingdom Park, Disneyland Paris, Hong Kong Disneyland, and at the Disneyland Resort, Timothy Mouse carries a magic feather atop the Dumbo attraction. At Tokyo Disneyland, he holds a circus whip.

The music heard from the old fashioned calliope in the front of Pete’s Silly Sideshow was recorded from a set of antique circus crank organs owned by a collector in Southern California.

Pete, sometimes known as Peg-Leg Pete, is the longest running continuous Disney character, debuting in 1925 in the Disney short, Alice Solves a Puzzle.

There are 183 characters in Under the Sea ~ Journey of the Little Mermaid. More than 70 percent (128, to be exact) are featured in the “Under the Sea” scene.

The Audio-Animatronics figure of the sea witch Ursula is 7 1/2-feet tall and 12 feet wide.

If the grand mural in the load-in area were turned on its side, it would reach a depth of more than 14 fathoms.

More than 20,000 live and artificial plants decorate the attraction, inside and out. 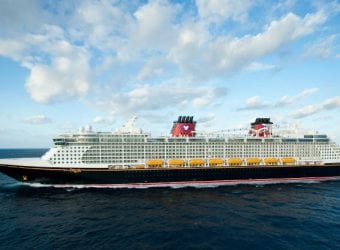 Cruising on the Disney Dream

Cruising on the Disney Dream Disney Dream is the name of a cruise ship that's run by the Disney Cruise Line. It's been in operation since 2011. Guests of this ship can experience cruises...

END_OF_DOCUMENT_TOKEN_TO_BE_REPLACED

Virtual Porthole Aboard the Disney Dream from Disney Cruise Line

The Disney Dream carries on the spirit of innovation with a cruise industry first for all inside staterooms: Virtual Portholes that offer a window to the world with a real-time view outside the ship,...

END_OF_DOCUMENT_TOKEN_TO_BE_REPLACED 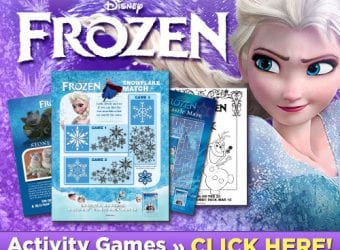 Reader note: I was able to see the sneak peek of FROZEN as part of a media event sponsored by Disney.  My expenses on the trip were covered, but I was not otherwise compensated and my...