Fitbit has made a name for itself in recent years with its lineup of devices for fitness tracking. One of the most advanced among its current lineup is the Fitbit Ultra. The product is an activity and sleep tracker that is targeted toward health-conscious individuals wanting a better way to track their fitness levels. We hope that you enjoy our Fitbit Ultra Wireless Activity Plus Sleep Tracker review.

Out of the box, the Fitbit Wireless Activity/Sleep Tracker offers its users a few key features. With its built-in 3D motion sensor and altimeter, the Ultra is able to track its wearer's steps, distance traveled and other metrics. For people who may not have time to go to the gym frequently, this is a way to still keep track of activity goals. The device also takes the data that it collects and translates it into the number of calories burned. Additionally, it functions as a sleep tracker. Users can wear it on their wrists when they go to bed at night and then view detailed data on their sleep cycles and the overall quality of sleep from the night before.

The Ultra goes beyond basic data compilation, too. It's designed with a focus on connectivity. There's built in Wi-Fi connectivity which allows the device to routinely upload the user's information to Fitbit.com. Additional metrics are then accessible from the website. These include graphs measuring the user's activity over the week, month or year. Users also get access to additional features from this point, giving them a more holistic way to track health and fitness. The site allows tracking of food consumed and workouts, as well as a way to log a daily weigh-in. Users of the Ultra also have the option of using the Fitbit app instead of the website, which provides the same information in a format that's more optimized for mobile.

One of the other reasons that people are buying the Fitbit Ultra is that it attempts to encourage users to be more active by rewarding them with badges for hitting milestones. For example, 5,000 steps in a day might see a person rewarded with a badge on their Fitbit profile. The device's users also have the option to set customized goals, so that they can work incrementally to increase their activity levels every day. Finally, Fitbit gives users a competitive element by allowing users to measure their activity levels against friends that also use the device.

The Fitbit Wireless Activity/Sleep Tracker is, objectively speaking, the smartest product in the Fitbit lineup. It also offers its users the most features, thanks to the built-in technology and connectivity options. For these reasons, it's a unit that has proven to be tremendously popular in the fitness community. We hope that you enjoyed our Fitbit Ultra Wireless Activity Plus Sleep Tracker review. 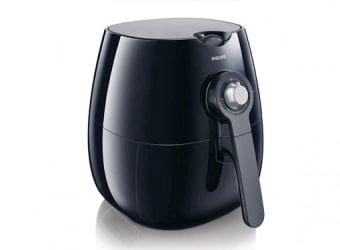 The Phillips Airfryer with unique Rapid Air Technology debuted in 2010 at Berlin's IFA show, the largest global tradeshow available. USA today states that products exhibited at IFA tend to be the most advanced...

END_OF_DOCUMENT_TOKEN_TO_BE_REPLACED 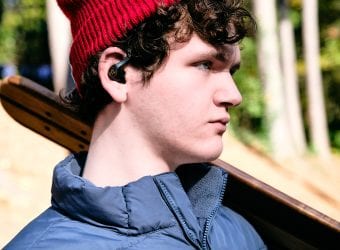 This Jbuds Air True Wireless Earbuds post is sponsored. The reviewer has been compensated in the form of a Best Buy Gift Card and/or received the product/service at a reduced price or for free....

END_OF_DOCUMENT_TOKEN_TO_BE_REPLACED

Audio products manufacturer Divoom presents the Divoom Bluetune Bean Portable Pocket Sized Bluetooth Speaker. It is an ideal buy if you need an external speaker to replace the built-in speakers of your portable digital...

END_OF_DOCUMENT_TOKEN_TO_BE_REPLACED 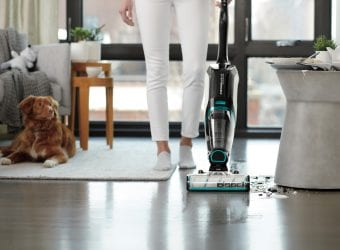