America's favorite little monkey swings back into the PBS KIDS lineup this fall with an all-new set of health and fitness themed (mis)-adventures. Premiering Tuesday, September 8 (check local listings), the fourth season of CURIOUS GEORGE introduces preschoolers to the concepts of nutrition, physical fitness, why pesky germs can cause the sniffles–and the smartest way to fight them off!

“Teaching young children the principles and benefits of a healthy lifestyle is of global importance today,” said Senior Producer for WGBH Dorothea Gillim. “The health and fitness theme of our fourth season teaches preschoolers how exercise and healthy eating habits not only help them lead better lives, but that a healthy lifestyle can also be a lot of fun and taste delicious!”

Lessons about health and fitness are seamlessly embedded into episodes that find George playing personal trainer to Professor Wiseman, turning fresh fruits and vegetables from the farmer's market into delicious juice, and fighting off Toots the Germ. In the season's premiere episode, actor and environmental activist Ed Begley, Jr. makes a special guest appearance as Dr. Greenbeen–a orticulturist who teaches George why pruning trees is essential to their growth.

In future episodes George, The Man with the Yellow Hat, and their friends dig a canal in hopes of rescuing a fish who finds himself far from home, learn why Gnocchi the cat has allergies, and help their canine friend Charkie to focus so she can finish the course required for her obedience school exam.

The series welcomes a new character in its fourth season–5¾ year-old Allie Whoops¬–as George's newest partner in curiosity and (mis)-adventure. The glass is always half-full for Allie. She is a fearless tomboy, a fantastic storyteller, and an exuberant motor mouth with breathless and sometimes impractical, but always inspired, plans of action. When Allie makes her debut in the third new episode of the season, airing on October 12, 2009 (check local listings), she's brimming with questions about what it's like to be a monkey and finds out when she gets herself stuck in a tree! With help from her new friend George, Allie channels her inner monkey to make it back down to earth.

Brought to public television by Imagine Entertainment, WGBH Boston, and Universal Studios Family Productions, with the support of Curious George publisher Houghton Mifflin Harcourt, the series was recently nominated for two Daytime Emmy® Awards in the categories of “Outstanding Children's Animated Program” and “Outstanding Directing in an Animated Program.” The all-new fourth season is narrated by Rino Romano (The Batman), and features nine half-hour episodes.

“We are thrilled to bring CURIOUS GEORGE back to PBS KIDS this fall, and are eager to see the positive impact our health and fitness season will have on young viewers,” said Senior Vice President of Animation Production for Universal Studios Productions Ellen Cockrill. “As in previous seasons, we worked closely with our team of educational advisors to determine the theme and learning objectives that would be most timely and truly resonate with preschoolers and their parents. Key health and fitness learning objectives are woven into the narrative of each new episode, enabling preschoolers to become absorbed in the story and come away having engaged meaningfully with the educational content, all the while having fun!”

Next Post »Enter to win a $5,000 gift card to send your child back to school in style!

Creepy or Cozy? You Be The Judge

END_OF_DOCUMENT_TOKEN_TO_BE_REPLACED

Capri Sun and Our Family + Uses for Capri Sun Pouches

Post by Jason Connerty My kids love juice.  Heck, who am I kidding; I love juice too! The problem that I struggle with is what is in the juice. Artificial colors?   Artificial flavors?...

END_OF_DOCUMENT_TOKEN_TO_BE_REPLACED 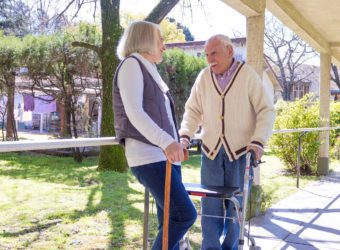 What You Need to Know About Caring for Aging Parents

What You Need to Know About Caring for Aging Parents Watching your parents age is one of the most challenging parts of adult life. When you were little, your parents’ role was to care...

END_OF_DOCUMENT_TOKEN_TO_BE_REPLACED 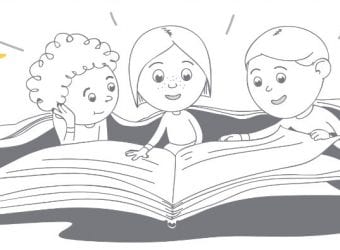 7 Tips for the Perfect Sleepover with EVEREADY®

Do you know what makes the best ever pajama jam party? Reading, forts, flashlights, music, food and laughter! Of course it's all of those things. As a sleepover party planning expert, I know what...