I participated in a campaign on behalf of Mom Central Consulting for Bomb Pop. I received  product samples, a party kit, and a promotional item as a thank you for participating.

For my family, summer is about lazy days and cooling off from the intense heat here in Georgia. There is no better way to do that than with Bomp Pop frozen treats.

We recently had a little party in our neighborhood with about 10 kids who are all Bomb Pop lovers. Everyone got to choose their favorite flavor and several of the kids even had more than one Bomb Pop. They were so excited to celebrate the joy of being a kid in the summer.

After Bomp Pops we also played horseshoes, croquet and did a bean bag toss. We love playing outside as a family so it was really fun to share these games with our guests. We all got a little competitive with the winners of each game getting another Bomb Pop of their choosing.

How do you celebrate summer?

Bomb Pop is suiting up for 2013 with two new flavors and hitting the field as an official sponsor of Little League® Baseball and Softball. For more than 50 years, Bomb Pop fans have enjoyed the sweet, frozen blast of fruit flavor in the classic red, white and blue Bomb Pop. This year, Bomb Pop introduces two new colorful and flavorful treats fans are sure to love. Step up to the plate with these Bomb Pop flavors, hitting shelves March 2013:

Flavors of Cherry, Lime and Blue Raspberry fill the famous fins that make this the ultimate frozen treat.

Pucker-up for the serious sourness of Grape, Green Apple and Blue Raspberry.

Bomb Pop flavors are available at retailers nationwide for a suggested retail price of $2.99 for a box of 12 pops.

GET SOCIAL WITH BOMB POP

I participated in a campaign on behalf of Mom Central Consulting for Bomb Pop. I received  product samples, a party kit, and a promotional item as a thank you for participating.

Next Post »Discover Boating Today – Our Adventures this Summer

My kids LOVE to have their faces painted. And by love, I mean that if they have nothing to do on the weekend, they almost always suggest I paint their faces. They could have...

END_OF_DOCUMENT_TOKEN_TO_BE_REPLACED

Every day I help my daugter pick out an outfit for school. She loves clothing and loves to style herself everyday with accessories. A lot of times, we pick out her outfit the night...

END_OF_DOCUMENT_TOKEN_TO_BE_REPLACED

I still see them as little. I often think they need my help with everything. But I recognize that part of being a good parent is giving your children room to reach out on...

END_OF_DOCUMENT_TOKEN_TO_BE_REPLACED 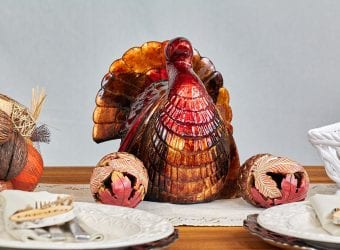 Shop for the Holidays at Beall’s Outlet

Shop for the Holidays at Beall’s Outlet As an avid shopper, I can honestly tell you that I am always looking for value. The philosophy behind this site is that we are living the...