About That Time I Made Disney History…

Sometimes as a blogger, I get to do some pretty amazing things. One of the things that I truly love both as a blogger and as a travel writer, is my ongoing relationship with Disney. I get to go to some pretty exciting event with Disney and do some incredibly fun things (sometimes with my entire family).

This past week was no different as I was a part of Disney history. A new attraction opened at the Disney New Fantasyland called Under the Sea – Journey of the Mermaid and under is a body of water called Ariel's Grotto. This attraction has opened on the same place that used to be the beloved 20,000 Leagues Under the Sea.

What made this event especially exciting is the Imagineers saved and bottled water from the lagoon. This water took a special role in the continuing rolling out of the new FantasyLand as I got to pour the water into Ariel's Grotto with a few other of blogger friends. Chris Kelley, the Imagineer who spoke during this momentous occasion said, I “became part of Magic Kingdom history” and I honestly feel this way 100%.

CHECK OUT THE VIDEO:

Check out the post on the Disney Parks Blog where you can see that we were part of history at the New Fantasyland in Disney's Magic Kingdom.

As an invited guest to the New Fantasyland event for bloggers and social media, I was allowed access to areas and events in the New Fantasyland. I was provided with 2 nights at the Polynesian Resort, some meals, park tickets, entrance to Mickey’s-Not-So-Scary Halloween Party and swag. I am not required nor was I asked to write about the events by Disney. All opinions are my own.

Disney Cruise Line, the leader in family cruising, is once again reinventing onboard children’s experiences. Through an entirely new approach to youth activities, kids can let their imaginations set sail by customizing their cruise...

END_OF_DOCUMENT_TOKEN_TO_BE_REPLACED 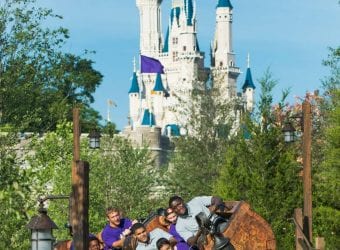