My son has an active imagination and playing is part of his daily routine. He is constantly changing his toys around and adding other things to them to change them around to create even more play possibilities.

I love anything Transformers for my son. They are the perfect toy because they do exactly what he likes with toys. They change. They transform. They can be whatever you want them to be.

BEAST HUNTERS will be the touchstone for TRANSFORMERS brand entertainment in 2013 driven by the award winning TRANSFORMERS PRIME animated series which is produced by Hasbro Studios, airs on The HUB television network in the U.S. and is seen by kids and fans in over 170 countries around the world.

The TRANSFORMERS PRIME BEAST HUNTERS DELUXE Assortment features popular AUTOBOTS and DECEPTICONS with new looks and more powerful weapons to confront the beastly new PREDACON foes! Featuring an intuitive conversion experience and action weapons with firing projectiles, there are 16 characters in the assortment including BUMBLEBEE, WHEELJACK, and LASERBACK the PREDACON.

The leaders of the AUTOBOTS and PREDACONS face off in these large-­‐scale action figures! Based on the third season of Hasbro Studios’ hit animated series TRANSFORMERS PRIME, OPTIMUS PRIME and PREDAKING each feature a powerful weapon, and OPTIMUS PRIME boasts his new BEAST HUNTER look! There are six figures in the assortment; each includes weapons and accessories. Each sold separately.

Inspired by the new TRANSFORMERS PRIME ‘BEAST HUNTERS’ story, the KRE-­‐O TRANSFORMERS line from Hasbro in 2013 will feature new characters and PREDACONS, in brick and KREON form, based on the award winning animated series from Hasbro Studios.

KRE-­‐O fans can construct one of the newest villains from the TRANSFORMERS lore with this new KRE-­‐O TRANSFORMERS RIPCLAW STRIKE building set! The building set features RIPCLAW and one of the PREDACONS released from the evil lab of SHOCKWAVE. Build RIPCLAW in his dragon or robot mode with the 2-­‐in-­‐1 functionality. The building set also features a mechanism that activates the characters flapping wings by a simple push of a button. The RIPCLAW STRIKE set includes 199 bricks, two unique KREON figures (COL. DANIEL WITWICKY and RIPCLAW), and a unique ENERGON piece.

GET SOCIAL WITH HASBRO AND TRANSFORMERS

END_OF_DOCUMENT_TOKEN_TO_BE_REPLACED

Now that your garden is underway and you’ve picked out a spot it’s time to plan what you will plant. There is a lot to choose from with literally hundreds of fruits and vegetable...

END_OF_DOCUMENT_TOKEN_TO_BE_REPLACED 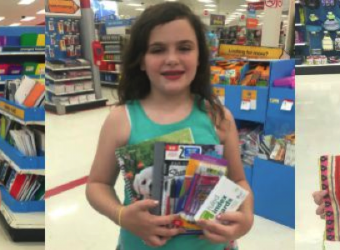 This is sponsored post on behalf of Target for Mode Media. 5 Tips for Successful School Supply Shopping #TargetBTS2015 Let’s face it…school supply shopping is not always the easiest thing, is it? I mean...

END_OF_DOCUMENT_TOKEN_TO_BE_REPLACED 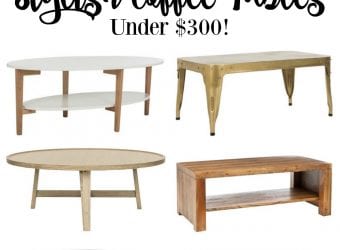